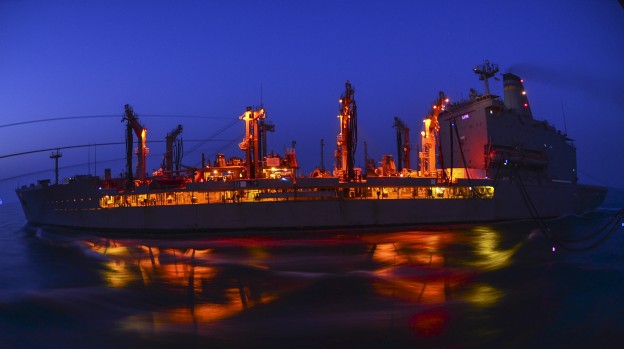 General Dynamics NASSCO, Huntington Ingalls Industries and VT Halter Marine, “were each awarded firm-fixed price contracts at or below the not-to-exceed amount of $1.7 million as contained in the solicitation for Trade-Off Industry Studies,” according to a Wednesday release from NAVSEA.

The companies will provide studies that will explore affordable design for the next-generation oilers. The six to ten month studies will inform system specifications ahead of the next contract award which will support detailed construction of T-AO(X).

The Navy is planning for a class of 17 ships to replace the current crop of Supply-class and Henry J Kaiser class oilers with the first ship to begin construction and enter the fleet in 2020.

Earlier this year, the Navy announced it would decommission Supply-class ships USNS Bridge (T-AOE-10) in 2014 and USNS Rainier (T-AOE-7) in 2015 for a $251 million savings as part of the Fiscal Year 2014 Pentagon budget submission.