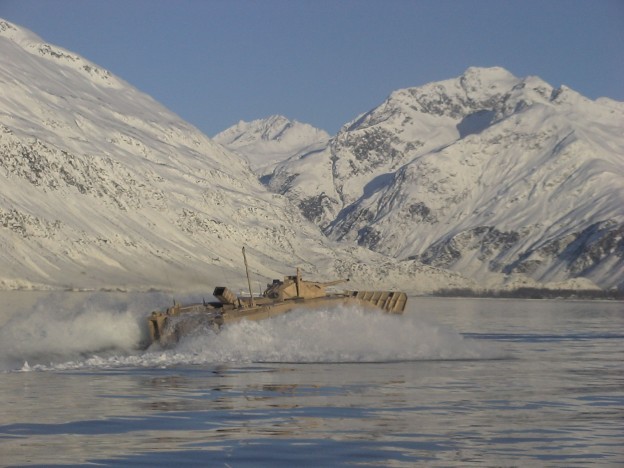 On January 6, 2011, after spending approximately $3 billion in developmental funding, the Marine Corps cancelled the Expeditionary Fighting Vehicle (EFV) program due to poor reliability demonstrated during operational testing and excessive cost growth. Because the EFV was intended to replace the 40-year-old Amphibious Assault Vehicle (AAV), the Pentagon pledged to move quickly to develop a “more affordable and sustainable” vehicle to replace the EFV. The Amphibious Combat Vehicle (ACV) is intended to replace the AAV, incorporating some EFV capabilities but in a more practical and cost-efficient manner.

In concert with the ACV, the Marines were developing the Marine Personnel Carrier (MPC) to serve as a survivable and mobile platform to transport Marines when ashore. The MPC was not intended to be amphibious like an AAV, EFV, or the ACV but instead would be required to have a swim capability for inland waterways such as rivers, lakes, and other water obstacles such as shore-to-shore operations in the littorals. Both vehicles are intended to play a central role in future Marine amphibious operation.

The ACV is scheduled to enter service between FY2020 and FY2022 and the Marines currently plan on acquiring 573 ACVs. Total program and per vehicle costs have not yet been made public, with the Marines citing ongoing affordability and vehicle mix studies as the primary reason why definitive costs are not yet available.