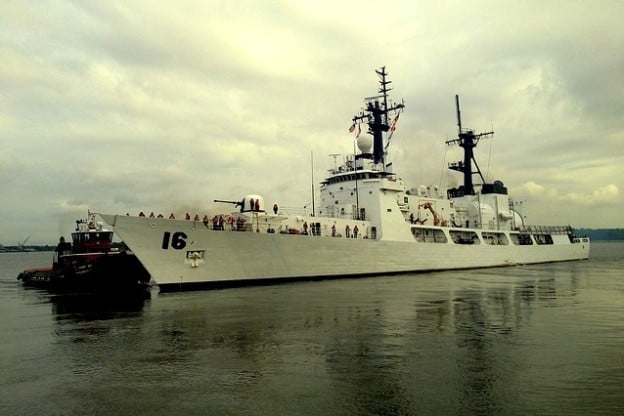 The re-christened BRP Ramon Alcaraz (PF-16) underwent a 13-month refit in Charleston, S.C. before it departed Monday with its crew on a two-month voyage to the Philippines.

Both ships were originally commissioned in the 1960s and are far from modern naval vessels, despite refits. However, the ships add new capability that will help Manila enforce territorial claims in the South China Sea, according to an analysis from IHS Jane’s.

“Both Hamilton-class cutters provide the [Philippine Navy] with much needed long-endurance and helicopter-capable capabilities. Although both ships have limited military use in their present configuration, they provide Manila with patrol capacity that will help enforce its claims in the South China Sea,” according to Jane’s.
“These have been challenged by China in recent years, with the PN outgunned and outnumbered during confrontations with Chinese paramilitary vessels at Scarborough Shoal and Second Thomas Reef.”

Manila has asked the United Nations to intervene through the Law of the Sea Convention to moderate Chinese claims to small islands off the northwestern coast of the country.