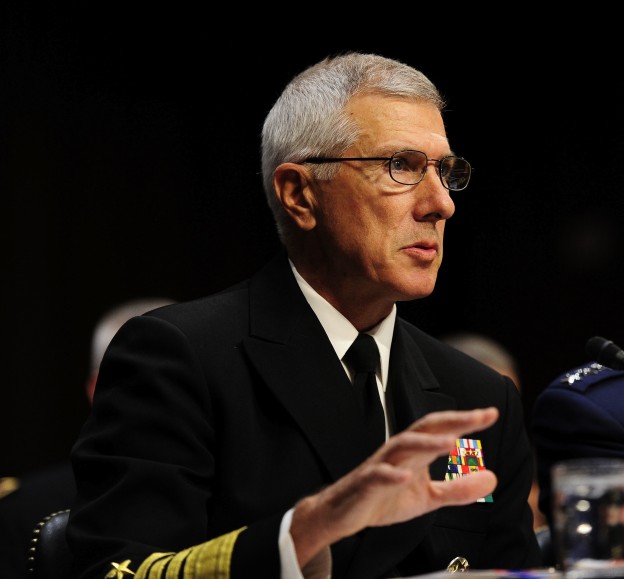 The head of U.S. Pacific Command said the U.S. would oppose the use of force in resolving disputes over territory in the South China Sea, according to a Wednesday report from the Associated Press.

In remarks made to reports in Kuala Lumpur, Malaysia, Adm. Samuel Locklear advocated for nations in the hotly contested region to refrain from force and advocated for a proposed code of conduct in the region that would help resolve disagreements.
“We will oppose the change of status quo by force by anyone,” Locklear said. “We need to retain the status quo until we get to a code of conduct or a solution by party nations that is peacefully accepted.”

Though Locklear did not mention China by name, his comments are likely directed toward Beijing. China has had several disputes over fishing and mineral rights in the South China Sea with countries including Vietnam, the Philippines, Malaysia and Brunei.

“We don’t see any necessity to resort to the international tribunal. We can totally solve the issue through open-minded channels, only in this way can we seek to resolve our disputes through friendship and partnership,” Qi said in Singapore on June 2.
Manila has asked the United Nations to intervene through the Law of the Sea Convention to moderate Chinese claims to small islands off the northwestern coast of the country.

For its part, the U.S. claims neutrality in South China Sea disputes and is careful to not rhetorically antagonize China. However the U.S. also advocates for collective compromise in the region while China would rather resolve disputes between countries bilaterally.

In that regard, the U.S. position is more in line with the Association of Southeast Asian Nations that want to negotiate collectively with China. ASEAN is leading an effort to create a South China Sea code of conduct that would legally bind nations in territorial disputes.

Again, without mentioning China, Locklear pressed nations in the region to negotiate collectively.

“It seems to me that when you have a collective perspective, it is more viable in the long run,” Locklear said Wednesday. “You can’t get through a complex situation without give and take. So I think in the long run, there will be a compromise.”