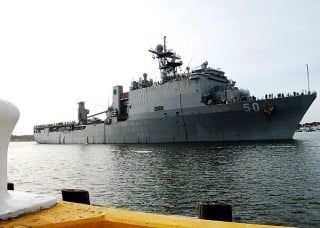 The more than 4,000 sailors and Marines from the ARG and the 26th Marine Expeditionary Unit left from Naval Station Norfolk, Va., Joint Expeditionary Base Little Creek-Fort Story, Va. and Camp Lejeune, N.C.

The deployment was at one time a target for cancellation due to the ongoing budget battle over military spending in Congress.