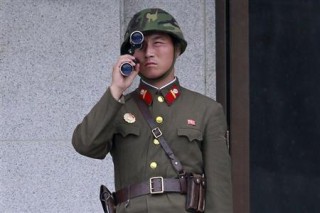 North Korea has canceled the 1953 nonaggression pact it signed with South Korea as well as the emergency hotline established following the Korean War, The Associated Press reported Thursday.

“The U.S. calls on [North Korea] to refrain from additional provocative actions that would violate its international obligations and run counter to its commitments,” the official said.
“We’re steadfast in our security commitments to the region and stand ready to defend U.S. territories, our allies and national interests.”

The cancelations follow Thursday’s round of sanctions by the United Nations that followed North Korea’s third nuclear weapon’s test.

“It previously said it was canceling a hotline with the United States and the armistice that closed the Korean War in 1953,” reported the AP.