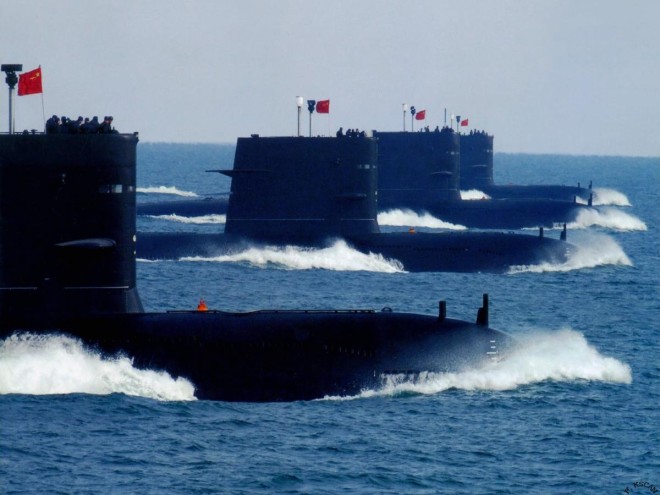 Fannell was part of a panel tackling the topic, Chinese Navy: Operational Challenge or Potential Partner, and he spent his 10-minute introductory comments giving a sober assessment on the rising power – an assessment he predicted at the beginning of his remarks may keep him from being invited to a similar event in the future.

He said that China has destabilized the East Asia maritime environment and is “seizing the maritime rights of its neighbors.” He pointed to last year’s Scarborough Shoals affair with the Philippines as an example.

“China is negotiating for control of other nations’ resources off their coasts,” Fannell said. “What’s mine is mine, and we’ll negotiate what’s yours.”

Fannell began his talk by noting that he is part of a team of officers who spend up to an hour every morning engaged in intelligence briefings reviewing developments in the Asia/Pacific region “Every day, it’s about China,” Fannell said. “It’s about a China who is at the center of virtually every activity and dispute in the maritime domain in the East Asia region.”

The country regularly engages in intimidation of neighboring states. He called the Chinese coast guard a “full-time harassment organization.”

“Unlike U.S. Coast Guard cutters, China’s surveillance cutters have no other mission but to harass other nations into submitting to China’s expansive claims.”

“I’ve watched this on a daily basis for a decade,” he said. “They are taking control of maritime areas that have never been administered or controlled in the last 5,000 years by any regime called China.”

Dr. Jacqueline Deal, a China expert who is president and chief executive officer of Long Term Strategy Group in Cambridge, Mass., noted how analysts have seen China’s goals expand over the years. At one time, the growth of the Navy was seen as a response to the dispute over Taiwan. Others concluded the buildup was a natural byproduct of a nation with a growing economy.

But what is going on now is “a much more ambitious great-power agenda,” Deal said.

She pointed to a 2004 speech by President Hu Jintao who at the time was general secretary of the Communist Party of China. Jintao said the Chinese Navy’s mission had grown to include overseeing China’s oversees interests.

Said Fannell: “We need China to act like a great nation and a responsible stakeholder. But that’s not the China I have watched everyday for the past decade.”