“You’ve got to make choices,” he said, “And if it was my choice—and it’s not only my choice—I’d give up force structure to get wholeness.” 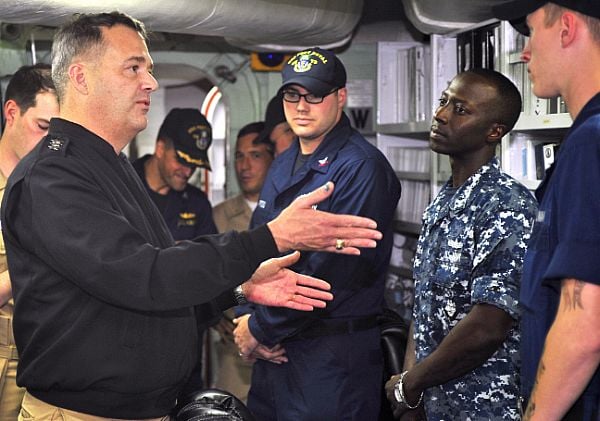 The stresses aren’t new; a 2010 Navy study headed by retired Vice Adm. Philip Balisle warned that readiness has suffered in recent years, particularly after the service’s “optimal manning” experiment cut crews and maintenance. But Copeman warns that the Navy is getting closer to a tipping point, not further away.

Copeman’s stance seems to put him at odds with many people on Capitol Hill, including those supporting an amendment to the National Defense Authorization Act barring the Navy from retiring some of its aging cruisers. He also voiced disagreements with Deputy Secretary of Defense Ashton Carter’s recent memo suggesting the Navy deal with a potential $4 billion operations and maintenance budget shortfall—if Congress fails to pass a fiscal 2013 budget—by canceling maintenance availabilities. “If they cancel third- and fourth-quarter surface force availabilities, you won’t have surface force deployers in the first and second and third quarter the following year,” he said. “We’ll be in this spiral, this downward spiral, and the only way you can dig out of it is to throw tremendous amounts of resources at it, which we don’t have. I wouldn’t do it if I was [Carter],” he added, “but civilian leadership is civilian leadership. I follow orders just like everybody else.”