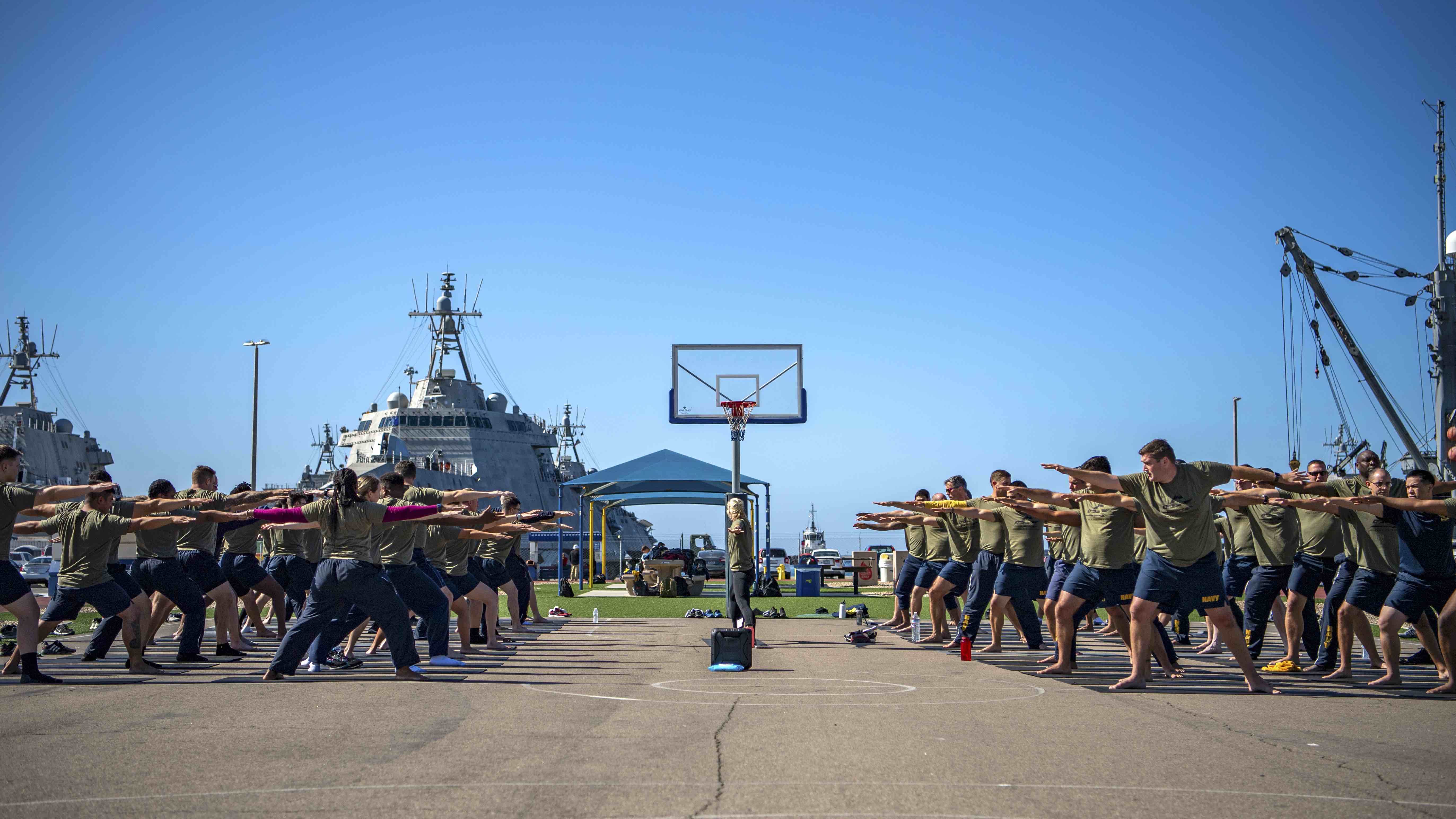 NAVAL BASE SAN DIEGO, Calif. – After completing a leadership course before taking command of a Littoral Combat Ship crew, Cmdr. Edison Rush knew that other sailors could benefit from what he learned about human performance, starting with his own crew. END_OF_DOCUMENT_TOKEN_TO_BE_REPLACED

The crew of the Independence-variant littoral combat ship USS Manchester (LCS-14) man the rails the ship after the ship’s sponsor, Sen. Jeanne Shaheen (D-NH) gives the traditional order to ‘man this ship and bring her to life’ on May 26, 2018. US Navy Photo