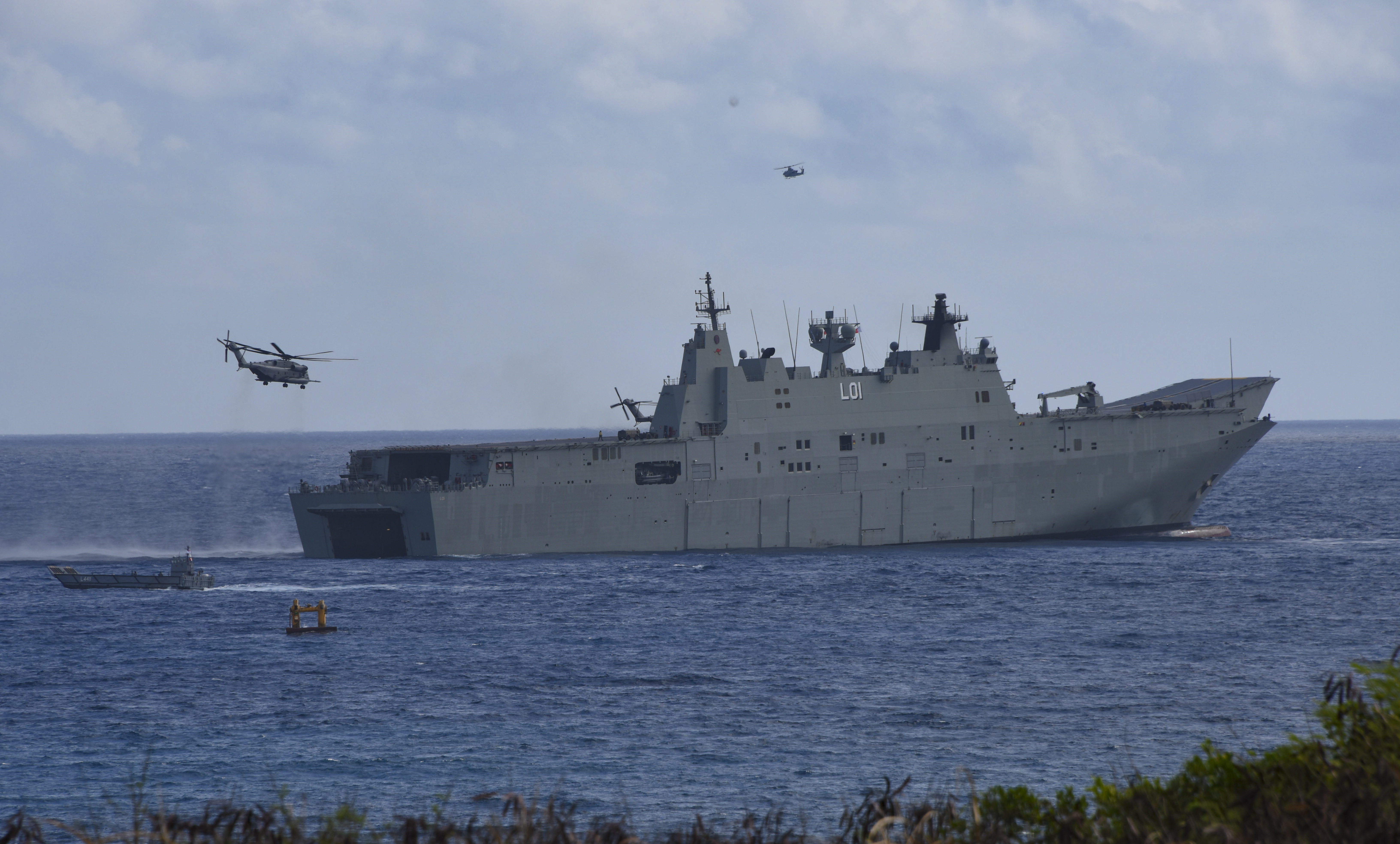 A CH-53E Super Stallion takes off the flight deck of the Royal Australian Navy landing helicopter dock ship HMAS Adelaide (L01) during an amphibious demonstration as part of the Rim of the Pacific (RIMPAC) exercise, July 29. US Navy photo.

ABOARD HMAS ADELAIDE, OFF THE COAST OF HAWAII – Australia’s amphibious force was a breakout star of the Rim of the Pacific 2018 exercise, being thrust into visible leadership role when the U.S. Navy’s amphibious assault ship suffered mechanical failures and remained pierside for most of the at-sea exercise. END_OF_DOCUMENT_TOKEN_TO_BE_REPLACED 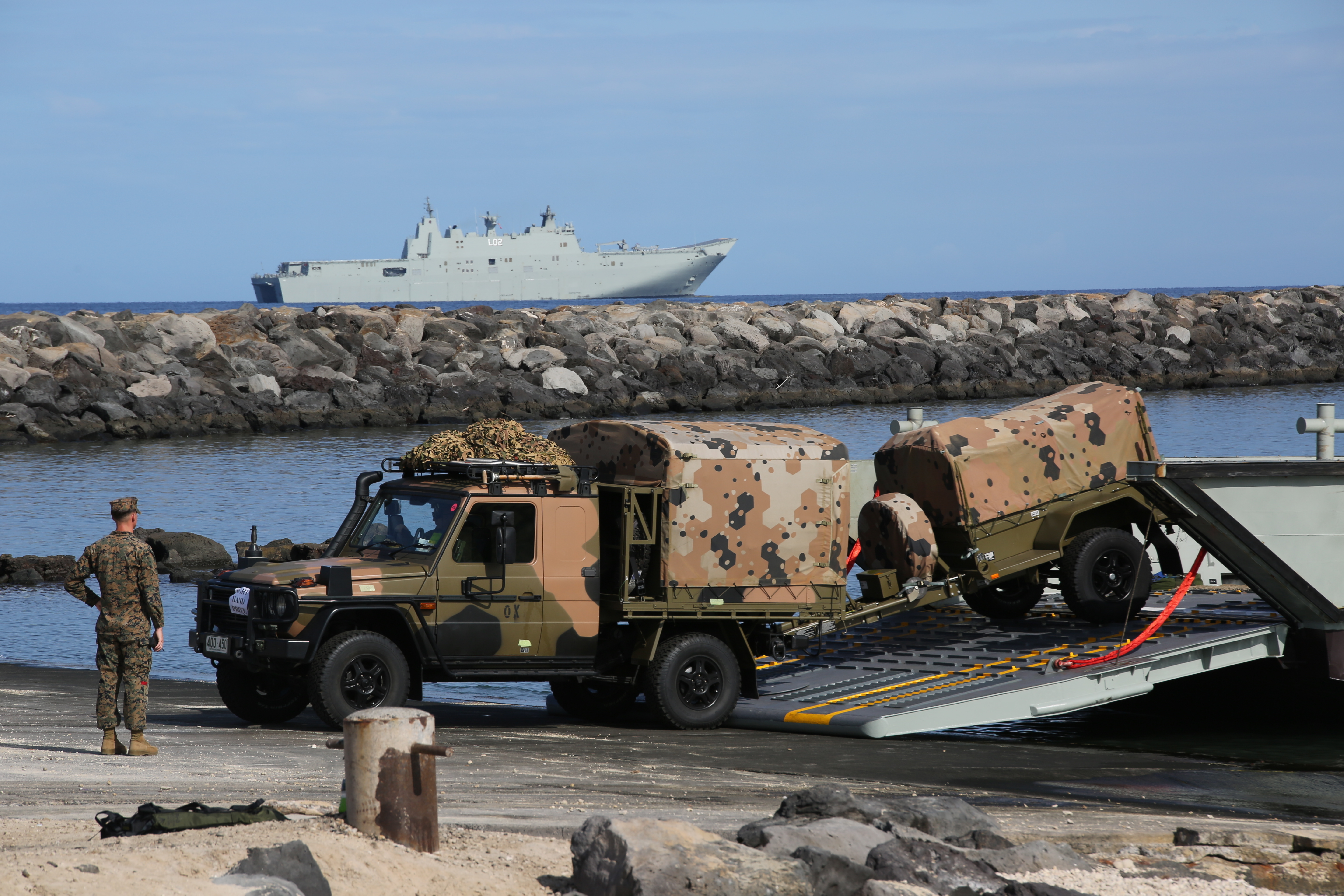 POHAKULOA TRAINING AREA, HAWAII – The Rim of the Pacific 2016 exercise has given the Australian landing force a well-timed opportunity: soldiers from the 2nd Battalion, Royal Australian Regiment (2 RAR) played a central role in three-ship Amphibious Ready Group operations off Hawaii ahead of conducting ARG operations on their own for the first time ever next year. END_OF_DOCUMENT_TOKEN_TO_BE_REPLACED