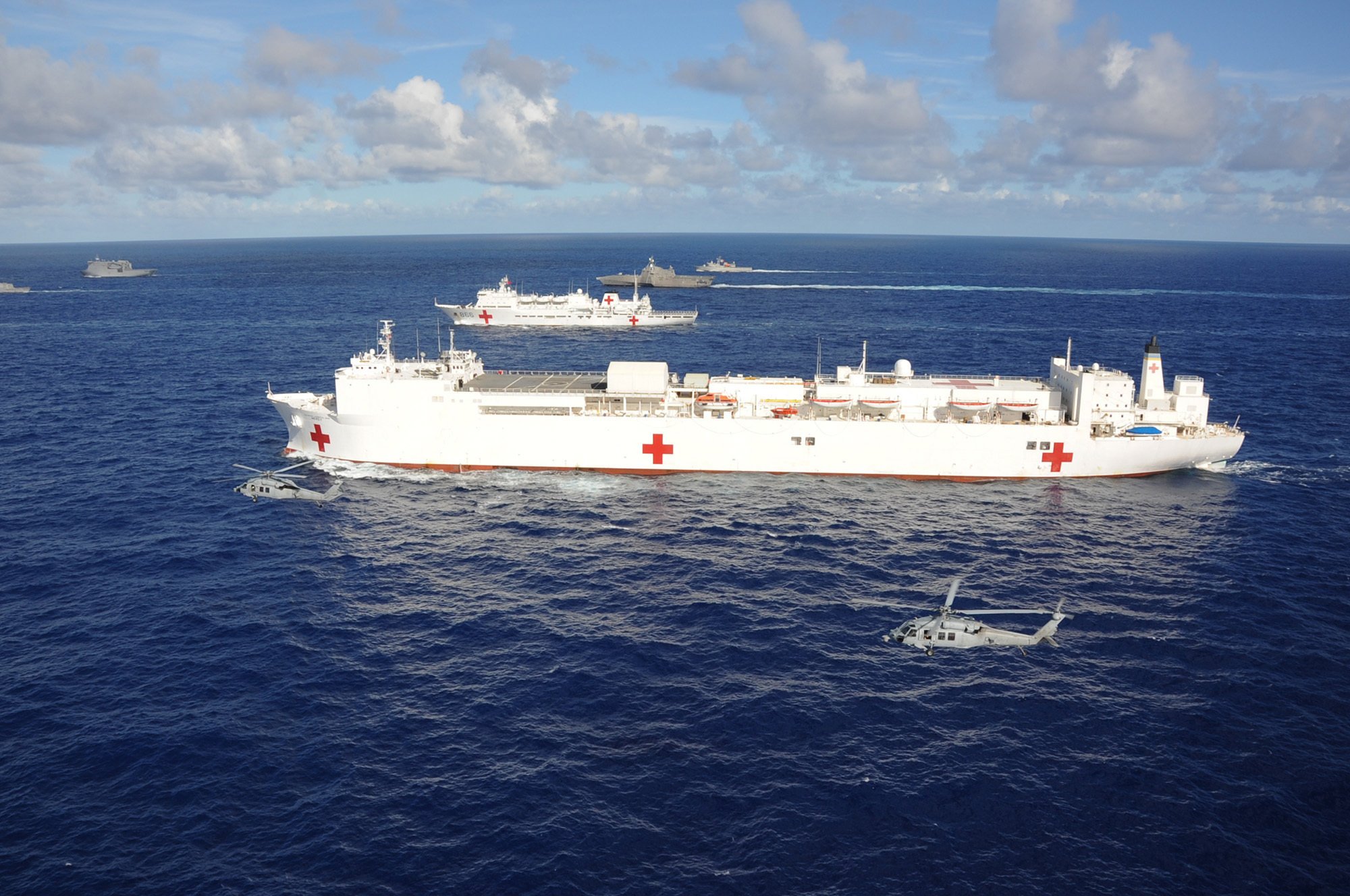 An MH-60S Sea Hawk helicopter assigned to the Black Knights of Helicopter Sea Combat Squadron (HSC) 4 operates near the Military Sealift Command hospital ship USNS Mercy (T-AH 19) and the People’s Republic of China medical ship Peace Ark (T-AH 866) during a close formation of 42 ships and submarines from 15 international partner nations during Rim of the Pacific (RIMPAC) 2014. Twenty-two nations, 49 ships, six submarines, more than 200 aircraft and 25,000 personnel are participating in RIMPAC exercise from June 26 to Aug. 1, US Navy photo.

When the U.S. military first invited China to participate in the biennial Rim of the Pacific naval exercise, it hoped China might stop its militarization of the South China Sea and realize that engaging in great power competition was futile. END_OF_DOCUMENT_TOKEN_TO_BE_REPLACED 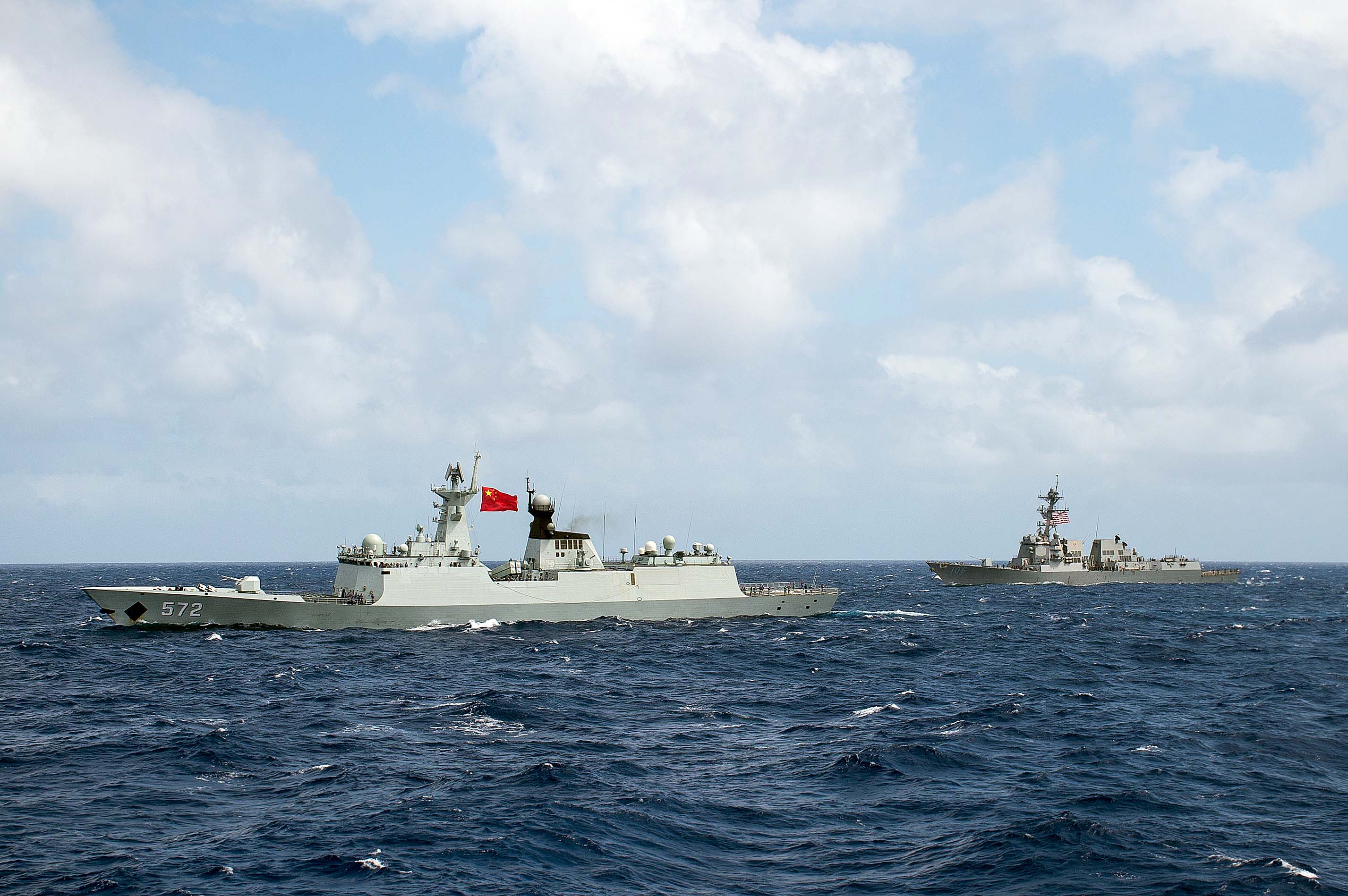 The People’s Republic of China Chinese Navy multi-role frigate Hengshui (572) and the guided-missile destroyer USS Stockdale (DDG 106) transit in formation during Rim of the Pacific 2016 on July 28, 2016. US Navy photo.

The U.S. military has disinvited China from participating in the upcoming Rim of the Pacific exercise in Hawaii, a Defense Department spokesman announced. END_OF_DOCUMENT_TOKEN_TO_BE_REPLACED 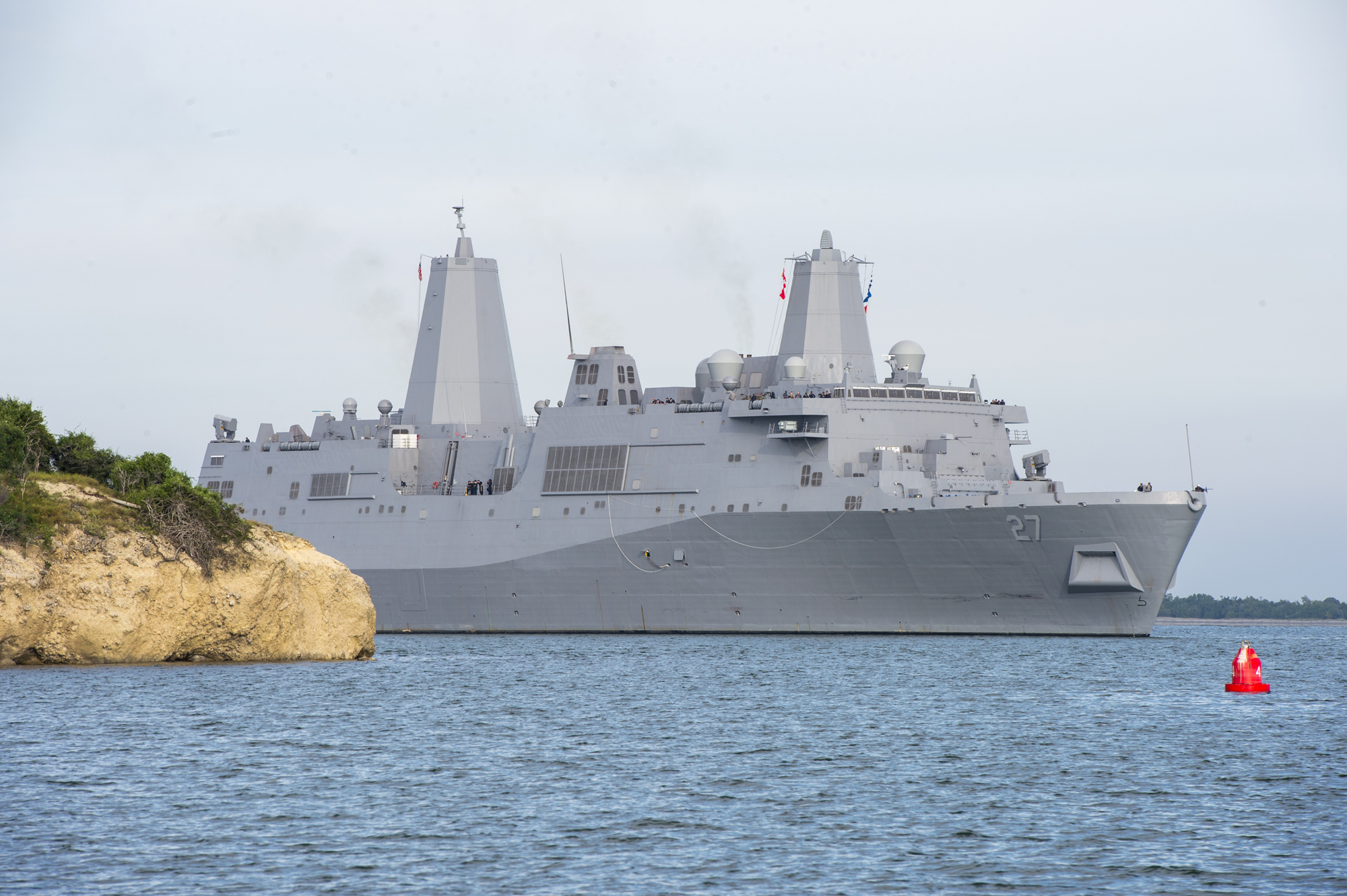 ARLINGTON, Va. — Amphibious warship Portland (LPD-27) was tapped to host a laser weapon technology demonstration by the Office of Naval Research (ONR) and to serve as the flagship of this year’s Rim of the Pacific (RIMPAC) exercise in Hawaii. END_OF_DOCUMENT_TOKEN_TO_BE_REPLACED