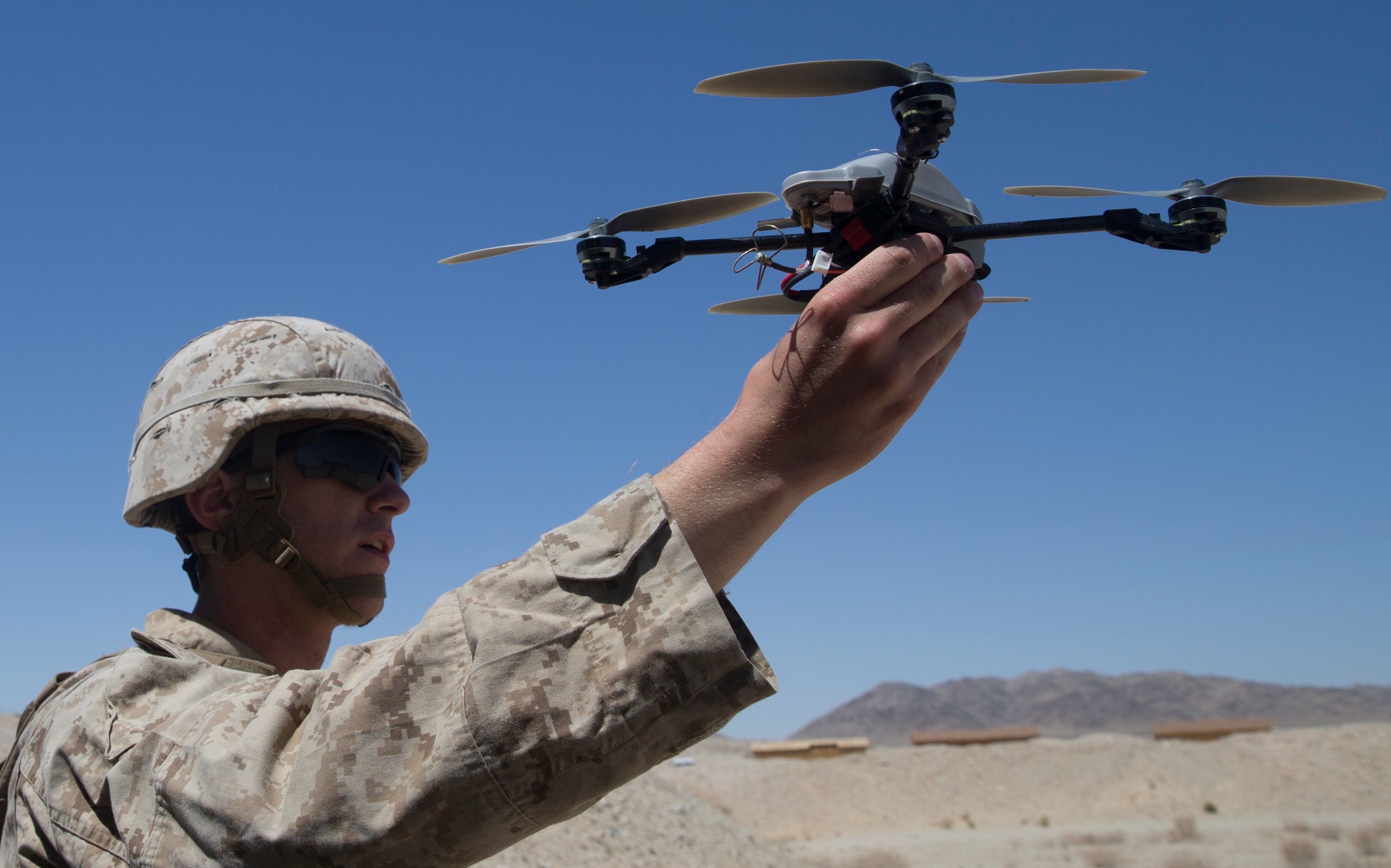 The Marine Corps has shelved several new, small drones – at least temporarily – amid a Pentagon ban and assessment on the cybersecurity of commercial, off-the-shelf, unmanned aerial systems, a service spokesman told USNI News on Monday. END_OF_DOCUMENT_TOKEN_TO_BE_REPLACED

The Navy’s acquisition chief disbanded his unmanned systems office, not as a sign of decreased focus on its mission, but to nudge unmanned systems into becoming part of everything the Navy does. END_OF_DOCUMENT_TOKEN_TO_BE_REPLACED

The first squads of infantry Marines fielding the latest in small, lightweight drones took them to the air this week during a training course at the Marine Corps’ desert warfare training center. END_OF_DOCUMENT_TOKEN_TO_BE_REPLACED