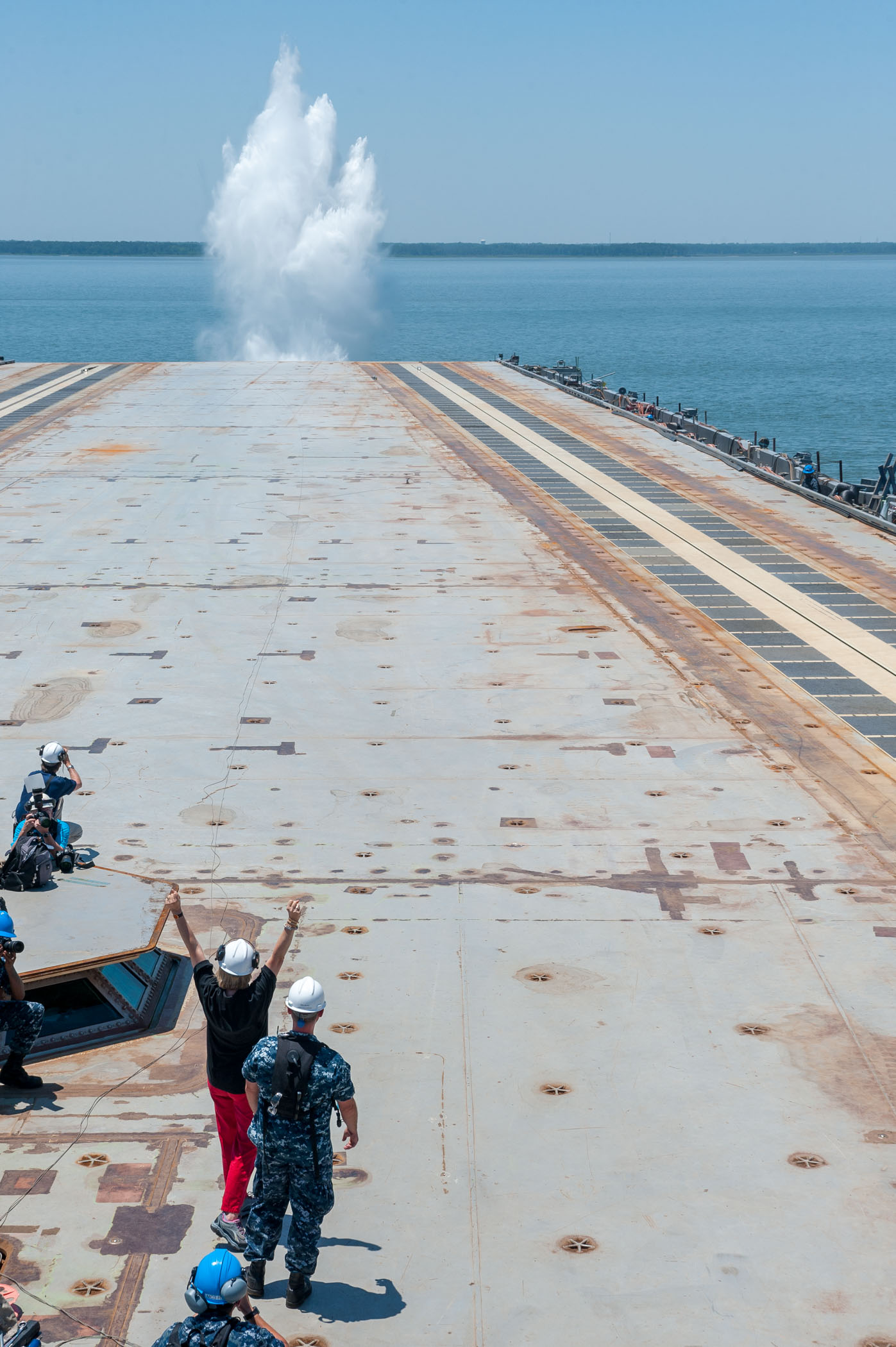 NEWPORT NEWS, Va. – The Navy’s Electromagnetic Aircraft Launch System (EMALS) encountered problems Tuesday morning prior to a round of testing in front of media, but Navy and industry officials say the problem is minor and part of the testing process. END_OF_DOCUMENT_TOKEN_TO_BE_REPLACED