The Navy and the Pentagon are crunching numbers on two separate sets of studies that will map out the size of the service’s future fleet as defense budgets are set to stay static for the foreseeable future, officials familiar with the studies told USNI News. END_OF_DOCUMENT_TOKEN_TO_BE_REPLACED 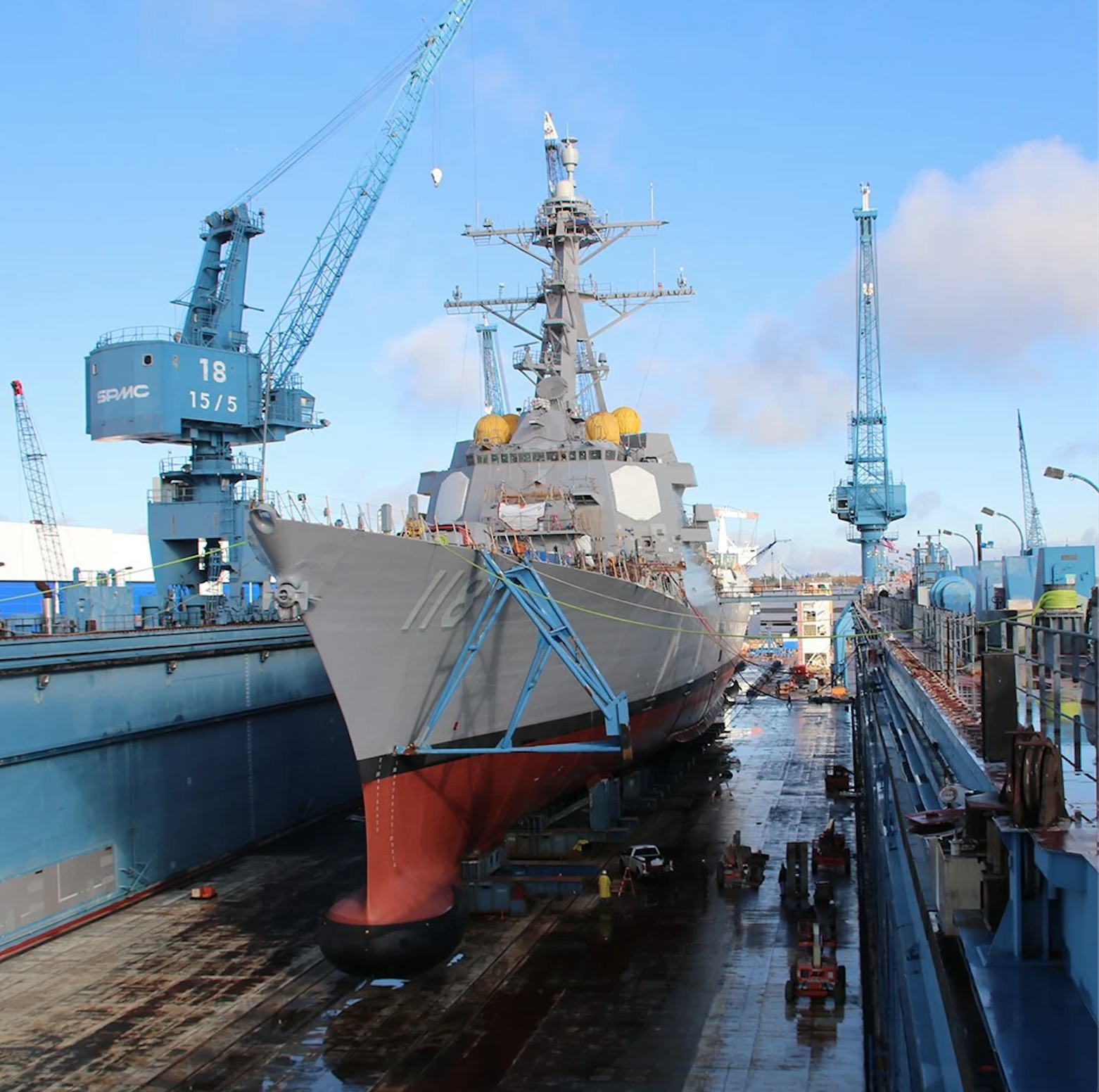 The Pentagon submitted an abbreviated long-range shipbuilding report to Congress that does not show construction past the Fiscal Year 2022 budget request, according to the document reviewed by USNI News on Thursday. END_OF_DOCUMENT_TOKEN_TO_BE_REPLACED 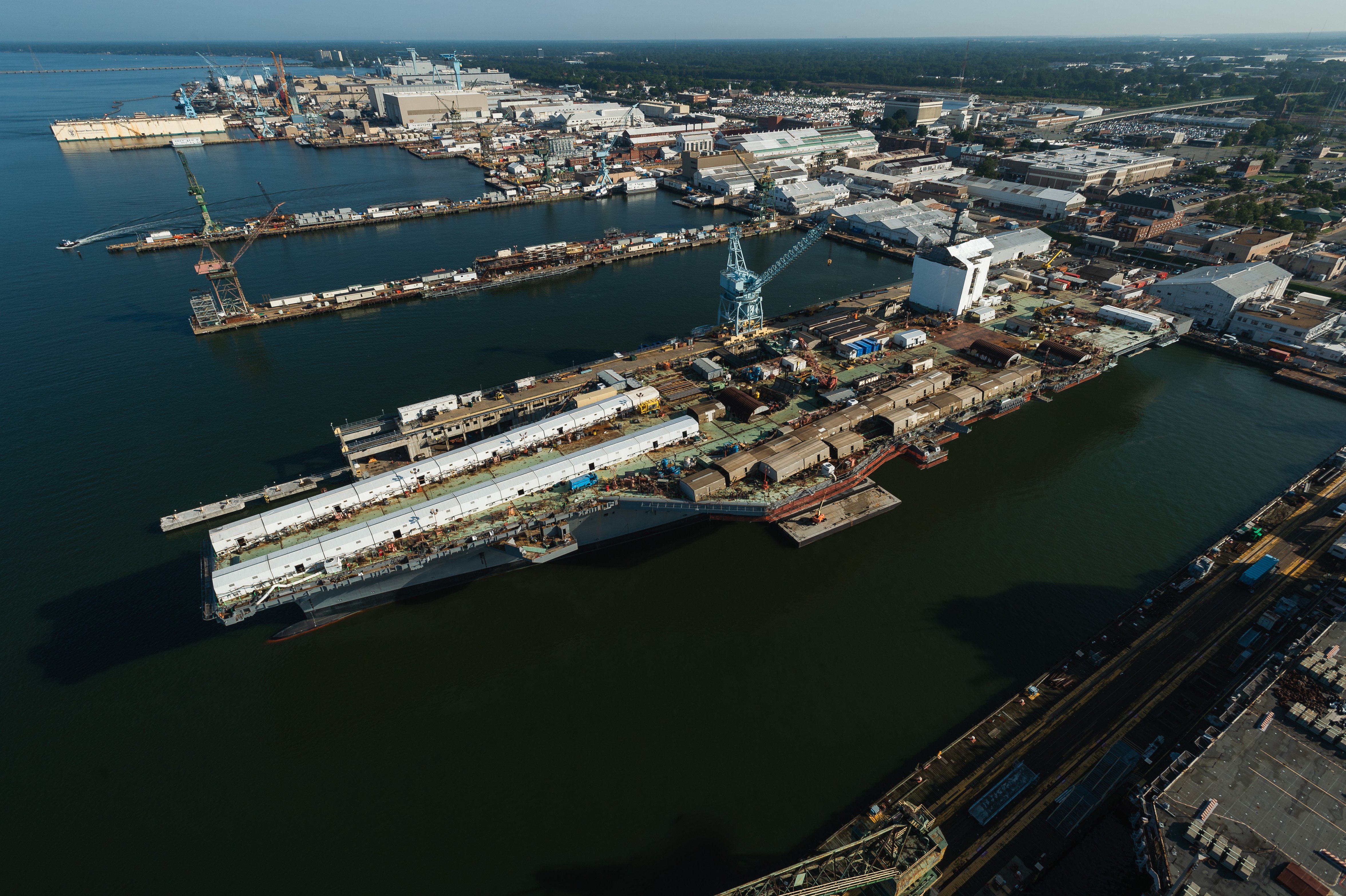 This story has been updated to include a statement from a Pentagon spokesperson.

The Pentagon is performing a “budget relook” of the Trump administration’s Fiscal Year 2022 proposal, with Navy shipbuilding topping the list of items for reassessment, USNI News has learned. END_OF_DOCUMENT_TOKEN_TO_BE_REPLACED

Island of the aircraft carrier USS John F. Kennedy (CVN-79) is landed onto the flight deck during a mast-stepping ceremony at Huntington Ingalls Industries Newport News Shipbuilding in Newport News, Va., on May 29, 2019. US Navy Photo

This post has been updated with additional information from the Navy, the Office of Management and Budget and reaction from Congress.

The administration today released a long-range Navy shipbuilding plan that is likely to set up a fight for resources between the Navy and its sister services and between the Pentagon and Congress over how quickly to pursue these changes. END_OF_DOCUMENT_TOKEN_TO_BE_REPLACED 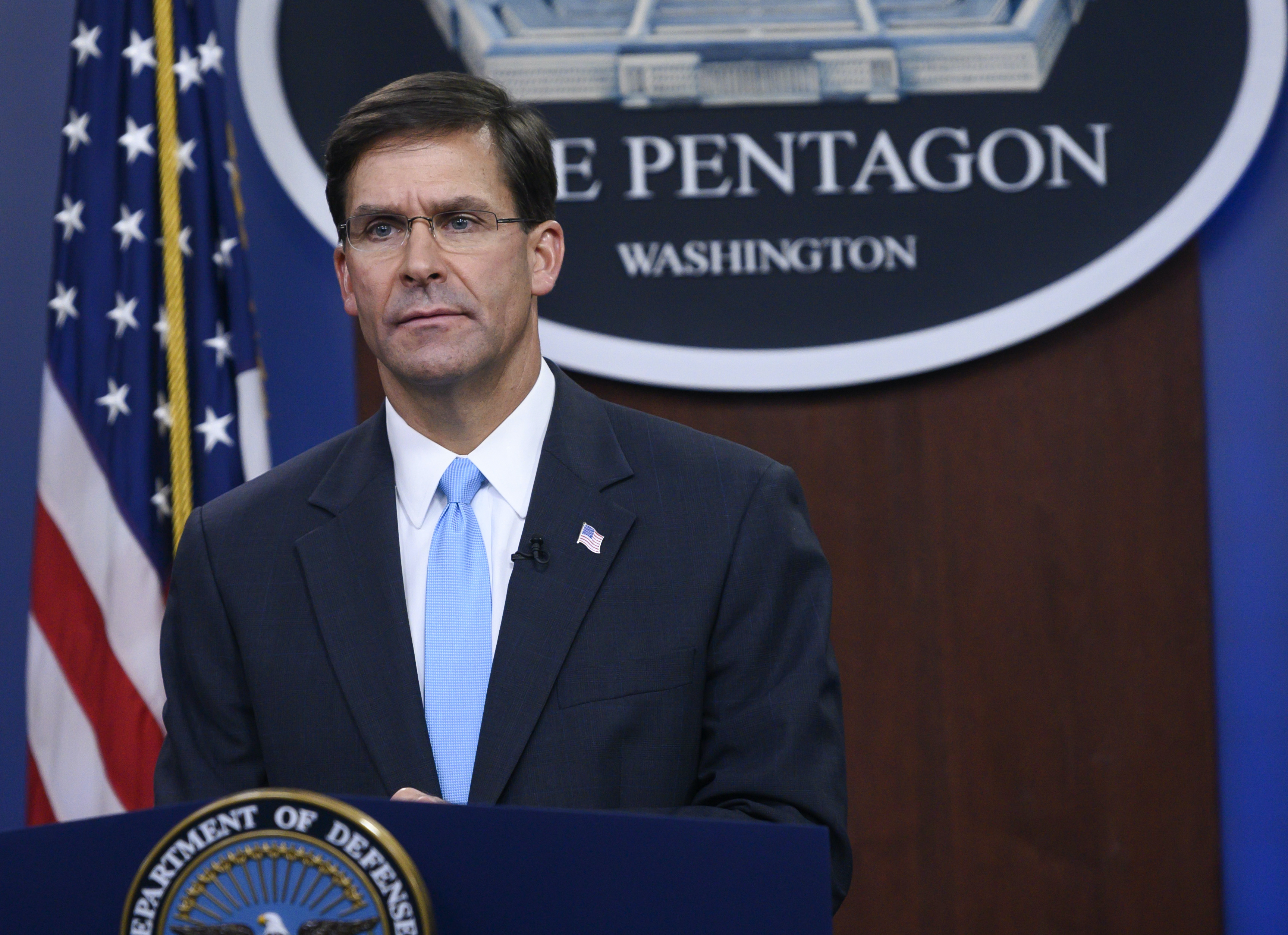 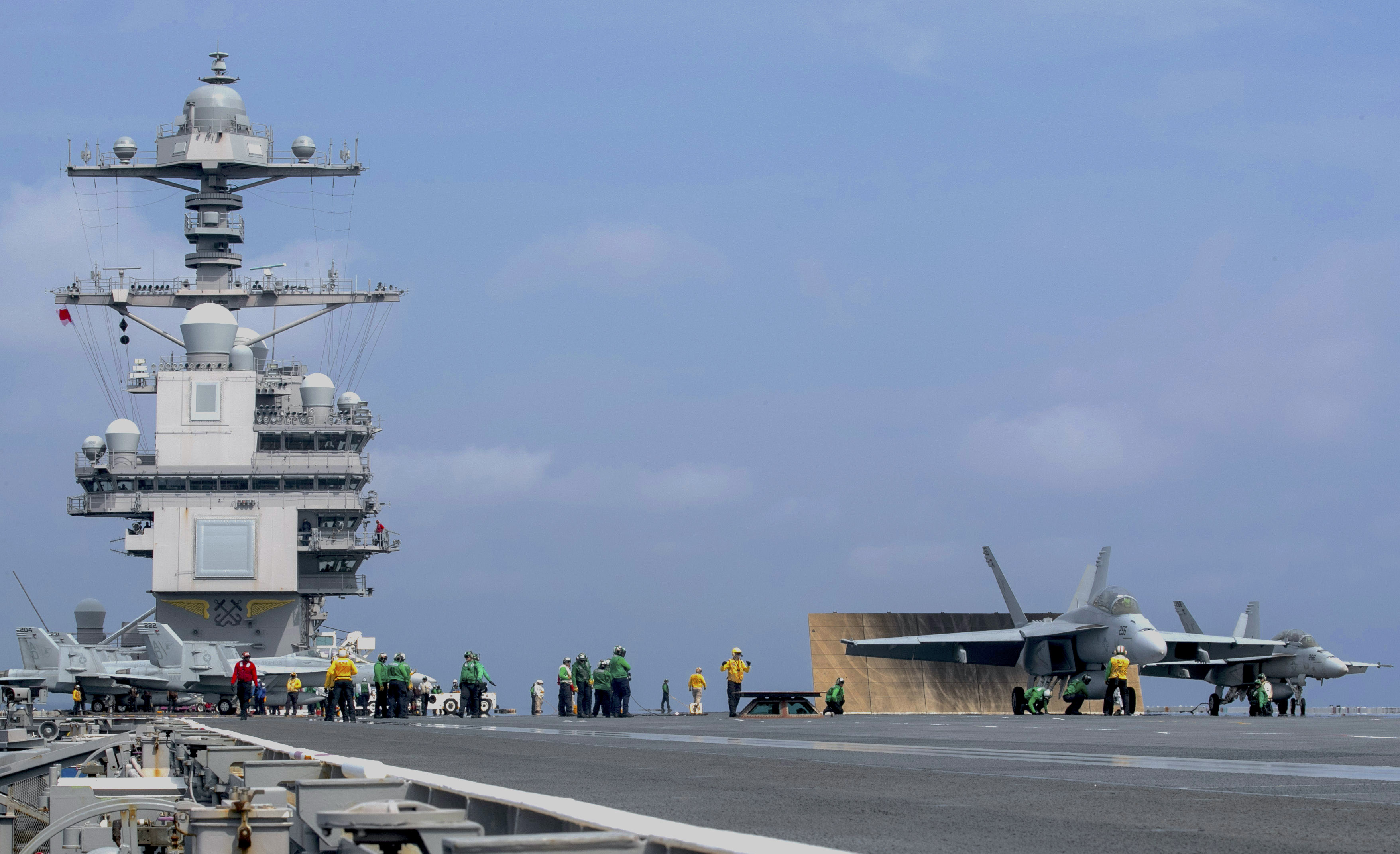 The Navy’s secretary nominee has embraced a vision of the future naval fleet that is larger and includes new hull types in support of distributed maritime operations – but he also fully embraces the Ford-class aircraft carrier, in contrast to one of the main efforts being considered by former Acting Secretary Thomas Modly to attempt to trim costs to evolve the fleet amid flat budgets. END_OF_DOCUMENT_TOKEN_TO_BE_REPLACED 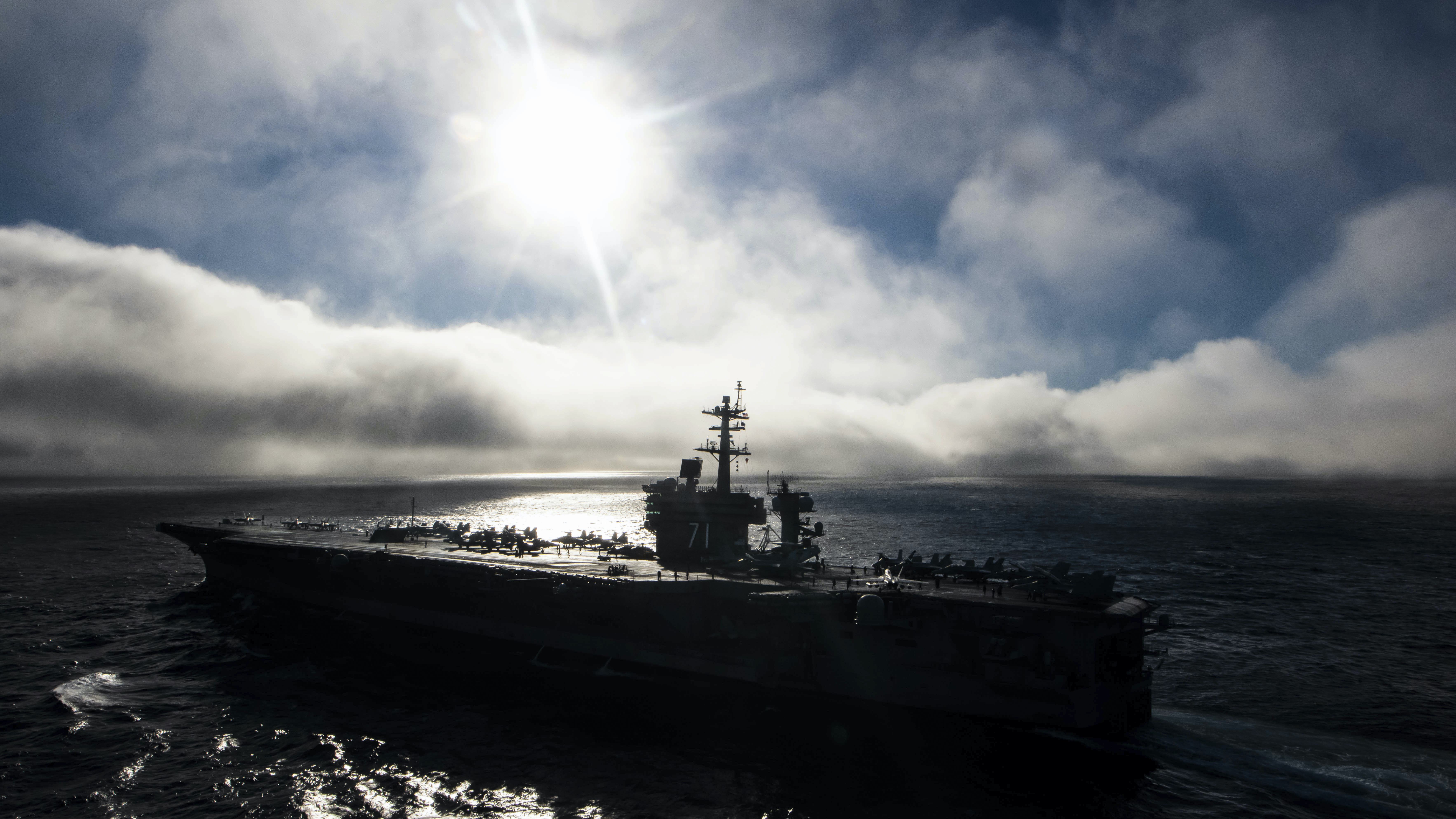 THE PENTAGON – The Navy has taken several cracks over the years at trying to define a new future aircraft carrier, one that might be less expensive or less vulnerable. END_OF_DOCUMENT_TOKEN_TO_BE_REPLACED

An MH-60S Sea Hawk assigned to the Eightballers of Helicopter Sea Combat Squadron (HSC) 8 flies next to the aircraft carrier USS Theodore Roosevelt (CVN 71) and the amphibious assault ship USS America (LHA 6) while they transit the Pacific Ocean, Feb. 15, 2020. US Navy photo.

Acting Secretary of the Navy Thomas Modly is commissioning a six-month study on the future of the aircraft carrier and carrier-based aviation, the Navy announced today. END_OF_DOCUMENT_TOKEN_TO_BE_REPLACED