40 T-45 Goshawk jets from Chief of Naval Air Training Command sit on Naval Air Station Key West’s Boca Chica Field preparing for their aircraft carrier qualifications on Dec. 6, 2016. The student aviators are flying the T-45s during Field Carrier Landing Practice before they head out to the carrier USS George Washington (CVN 73) for their first aircraft carrier landings. US Navy photo.

Navy student pilots will resume some flights in the T-45C Goshawk this week after a 12-day operational pause to determine the cause of recent oxygen-generation system failures, but they will not be allowed to land on aircraft carriers or fly higher-altitude missions until a permanent solution is found. END_OF_DOCUMENT_TOKEN_TO_BE_REPLACED

USNI News polled its writers, naval analysts and service members on what they consider the most important military and maritime stories in 2016. END_OF_DOCUMENT_TOKEN_TO_BE_REPLACED 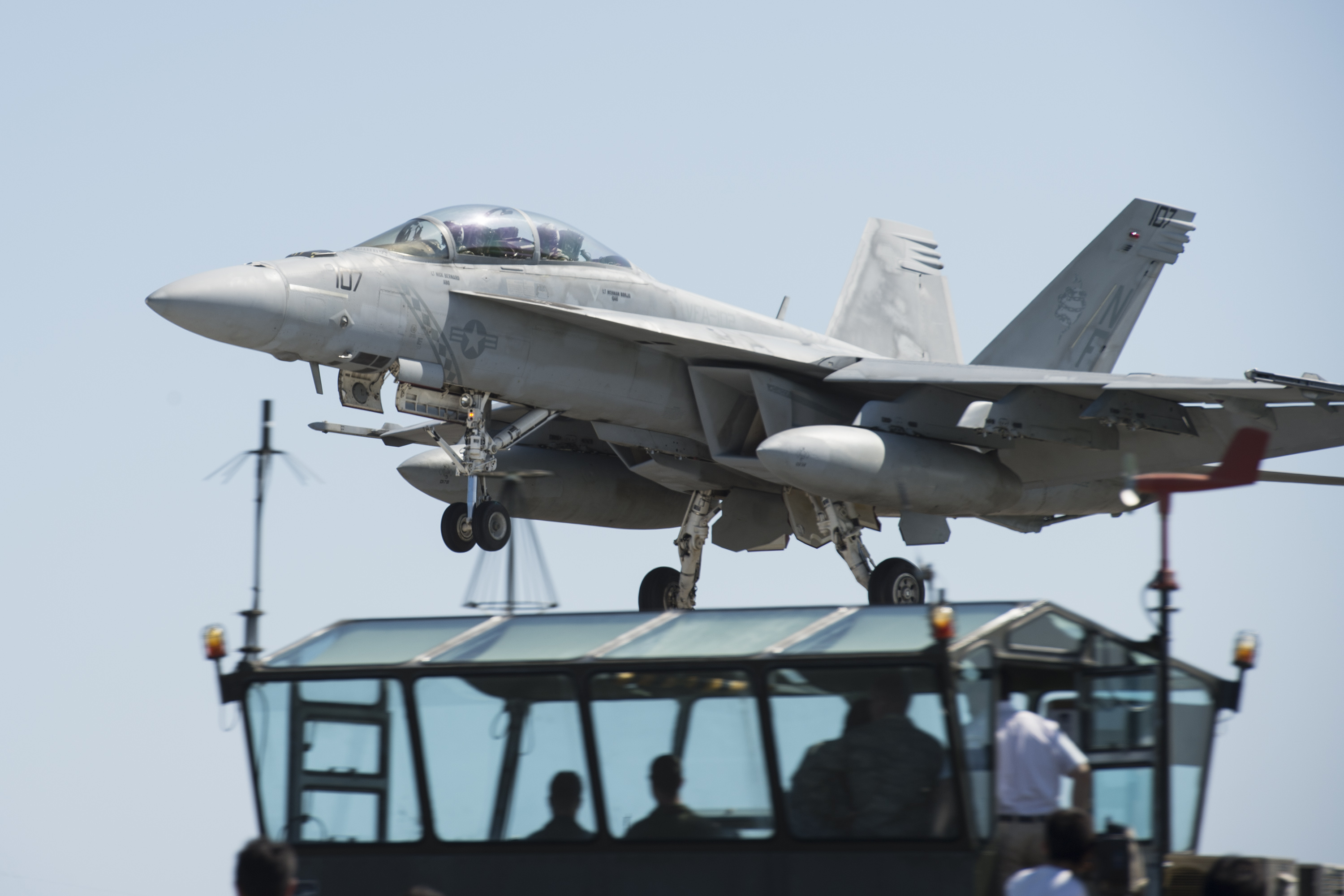 An F/A-18F Super Hornet, attached to the Diamondbacks of Strike Fighter Squadron (VFA) 102, assigned to Carrier Air Wing (CVW) 5, practices a touch-and-go landing on May 11, 2016. US Navy Photo

Three out of four F/A-18s are not ready to go to war and it could take up to a year for the Navy to pull together enough reserve fighters to field a surge force air wing, service officials told members of the House Armed Services Committee on Thursday. END_OF_DOCUMENT_TOKEN_TO_BE_REPLACED