India’s long-delayed carrier is set to enter the water next week while the government of Prime Minister Narendra Modi government has approved more money for development of the second indigenous carrier, according to local press reports. END_OF_DOCUMENT_TOKEN_TO_BE_REPLACED 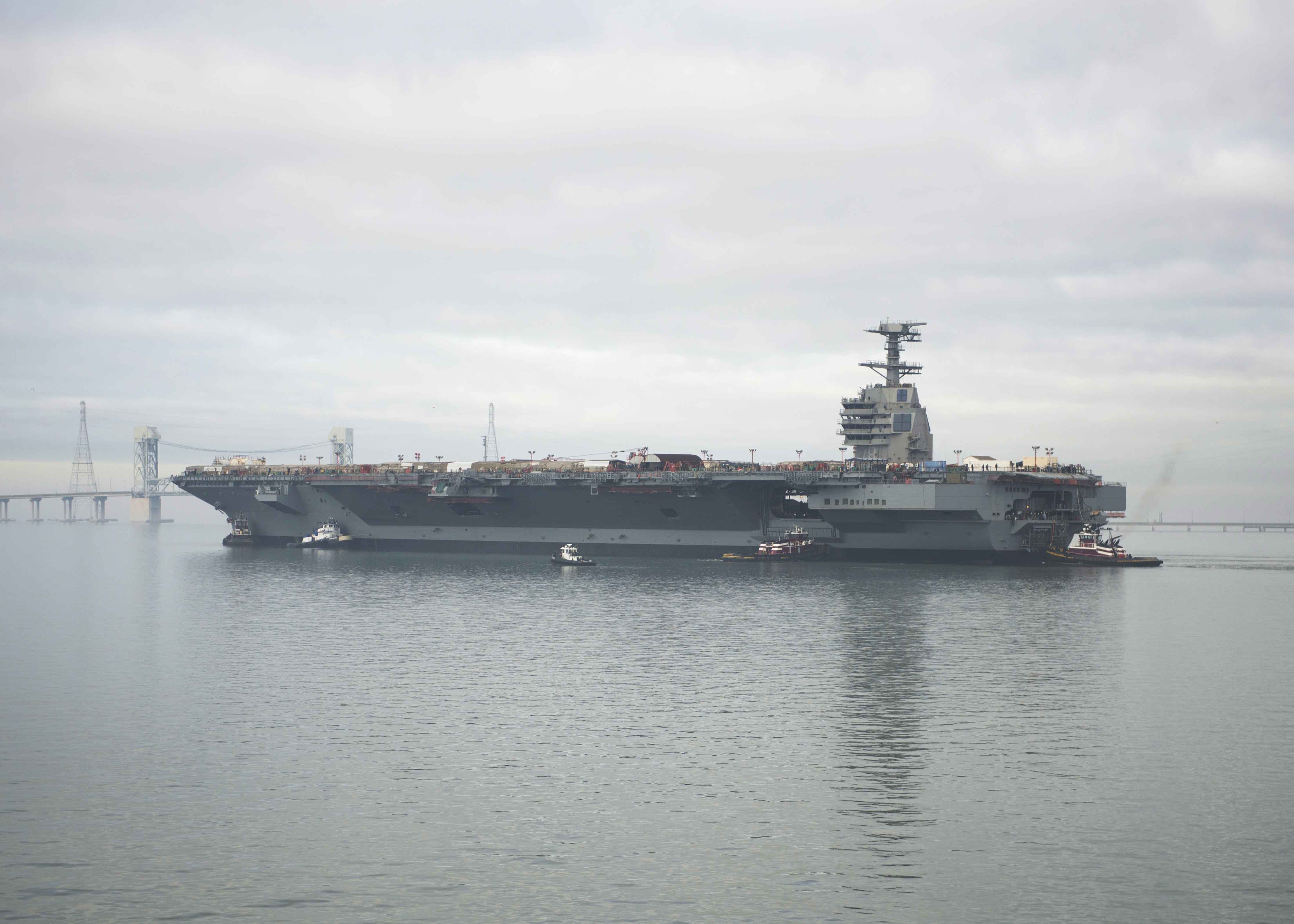 WASHINGTON, D.C. — A design flaw in the system the Navy plans to help safely recover aircraft onboard its next generation Gerald R. Ford (CVN-78) aircraft carrier has set testing for the program back two years and risks extending the delivery of the ship past its March 31, 2016 deadline, Naval Sea Systems Command (NAVSEA) officials told reporters on Thursday. END_OF_DOCUMENT_TOKEN_TO_BE_REPLACED

CORRECTION: In a previous version of this post, the planned name of India’s indigenous aircraft carrier-II (IAC-II) program was incorrect. It is Vishal, not Vishnal.

The Indian Navy is accelerating the design and construction of its second domestic carrier as its oldest carrier leaves service next year, according to several local press reports. END_OF_DOCUMENT_TOKEN_TO_BE_REPLACED

U.S. and India will create a working group to share aircraft carrier technology and design, according to an agreement signed earlier this month as part of President Obama’s visit to the country. END_OF_DOCUMENT_TOKEN_TO_BE_REPLACED