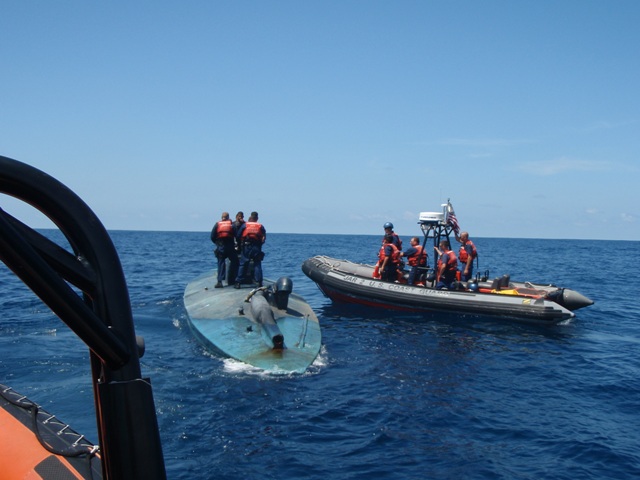 Crew from CGC Jarvis detain a self-propelled semi-submersible (SPSS) in the Eastern Pacific off the coast of Central America, on Oct. 21, 2009. US Coast Guard Photo

CORRECTION: A previous version of this post titled: ‘Coast Guard: Budget Cuts Led to 30 Percent Increase in U.S. Drug Traffic’ misstated the cuts to the service resulted in a 30 percent increase in drug traffic to the U.S. The Coast Guard’s operations for interdiction missions fell by 30 percent. It is unclear if there is a direct correlation.The post and the headline have been amended to clarify the distinction. Additionally, the annual number of narcotics produced in Latin America is 800 metric tons and 400 metric tons are consumed in the U.S., not 800 million and 400 million. USNI News regrets the error.

“The only place we could squeeze” to meet the $200-million bill the Coast Guard faced under sequestration “was drug interdiction and migrant interdiction,” the service’s outgoing commandant told a key oversight subcommittee on Tuesday. He estimated that because of those cutbacks there was a 30 percent drop in operations to interdict drugs from entering the United States last year.

END_OF_DOCUMENT_TOKEN_TO_BE_REPLACED 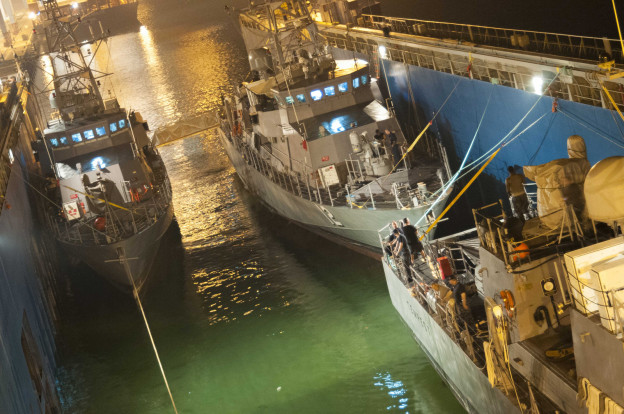 In an era of tightening budgets and with the wars in Iraq and Afghanistan winding down, the need for as many large ships, like Arleigh Burke guided missile destroyers (DDG-51), in the Navy’s 5th Fleet is less, said Destroyer Squadron 50 and Combined Task Force 55 (DESRON50/CTF-55) commander Capt. Joseph Naman. END_OF_DOCUMENT_TOKEN_TO_BE_REPLACED