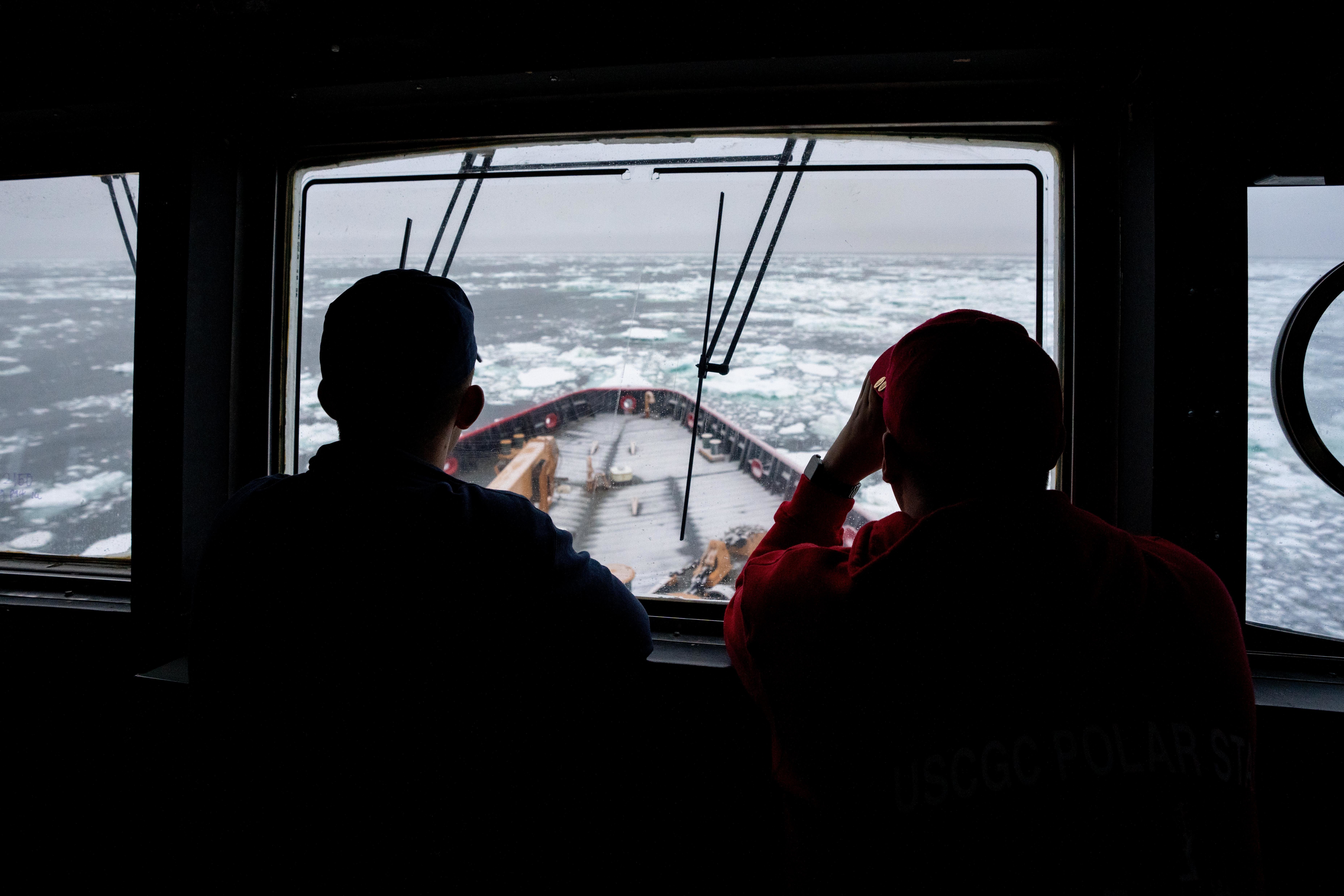 Lt. Cmdr. Donald Rudnickas, a member of the Coast Guard Icebreaking program temporarily assigned to Coast Guard Cutter Polar Star (WAGB 10), and Ensign Jonathan Kattnig, the information technology officer on the Polar Star, look out across the ice in the Southern Ocean, on Dec. 25, 2022. US Coast Guard Photo

This post is part of a series looking back at the top naval stories from 2022.

A change in leadership, difficulty in recruiting and major developments in two major shipbuilding programs were among the major Coast Guard stories of 2022. END_OF_DOCUMENT_TOKEN_TO_BE_REPLACED 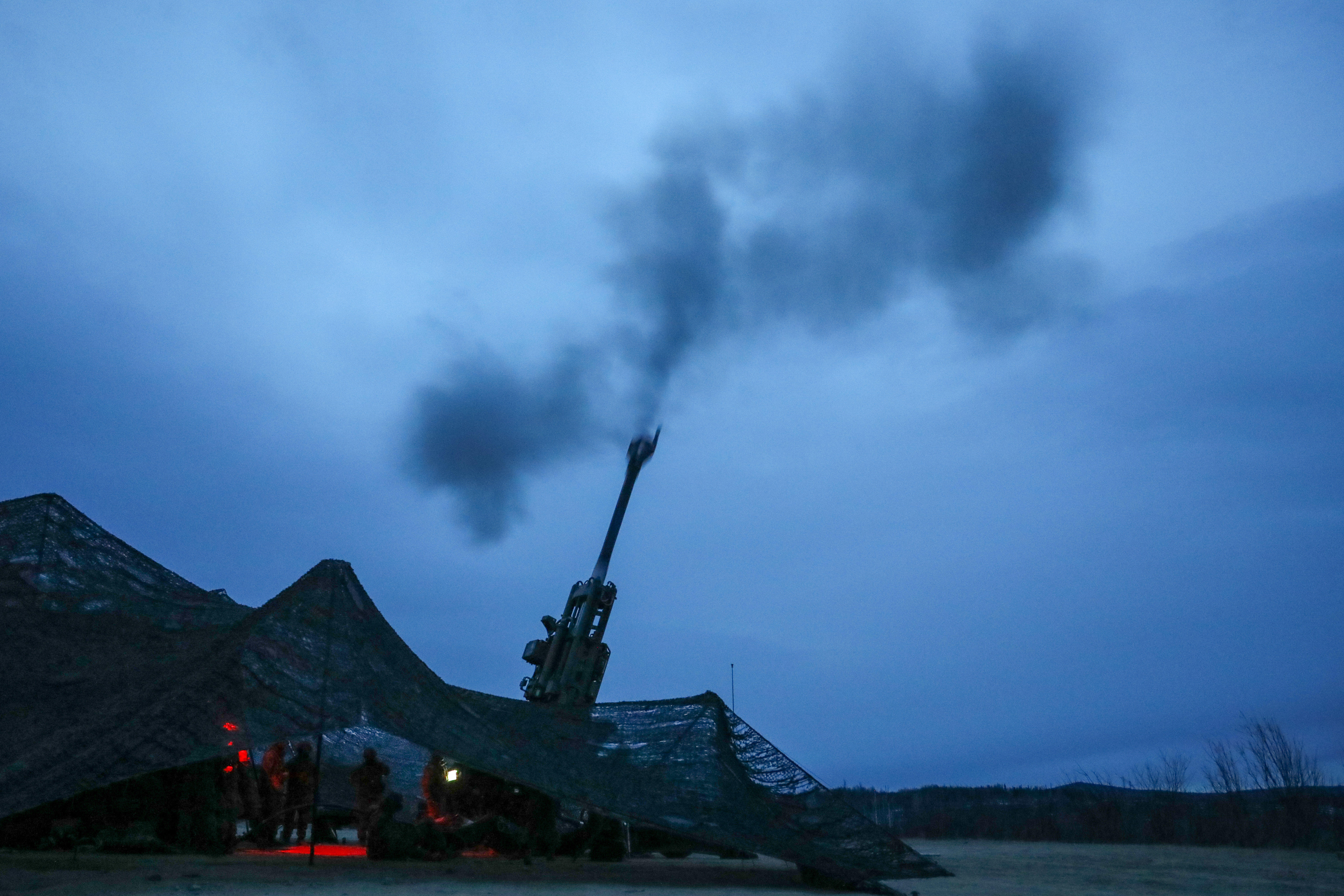 Top security experts recently warned that Russia’s plan to remain the sole Arctic superpower is “worrisome and troublesome” and argued that ambition has economic and military implications far into the North Atlantic and Pacific oceans. END_OF_DOCUMENT_TOKEN_TO_BE_REPLACED 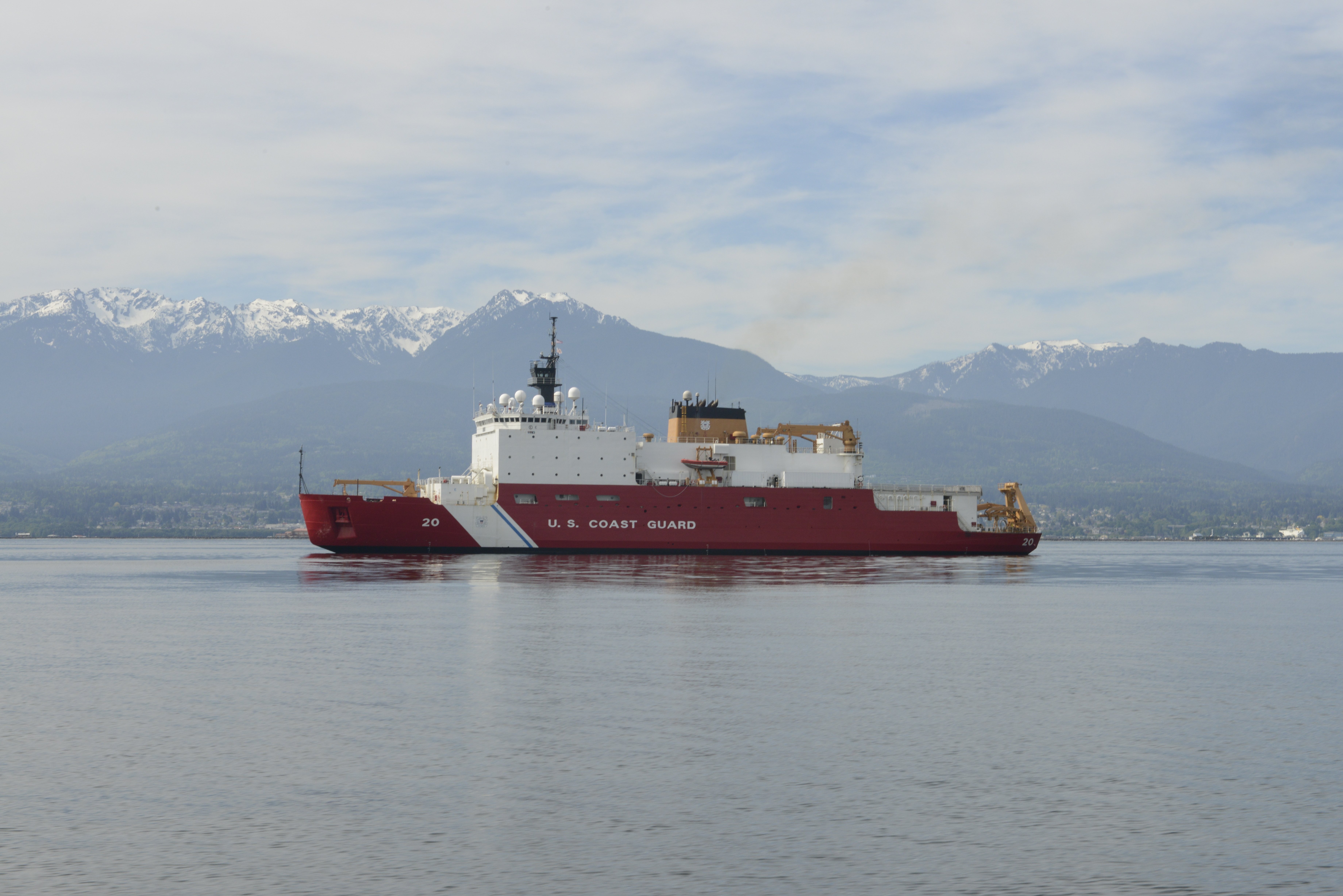 The crew of the Coast Guard Cutter Healy, a 420-foot Medium Icebreaker homeported in Seattle, conducts a shakedown cruise in the Puget Sound in preparation for their Summer trip to the Arctic, May 22, 2017. US Coast Guard photo.

The Coast Guard commandant warned that his service’s presence in the Arctic may not be enough to ward off Chinese and Russian encroachment unless the U.S. signs the United Nations Convention on the Law of the Sea – and that even if the U.S. signed the treaty now, it might be too little, too late. END_OF_DOCUMENT_TOKEN_TO_BE_REPLACED 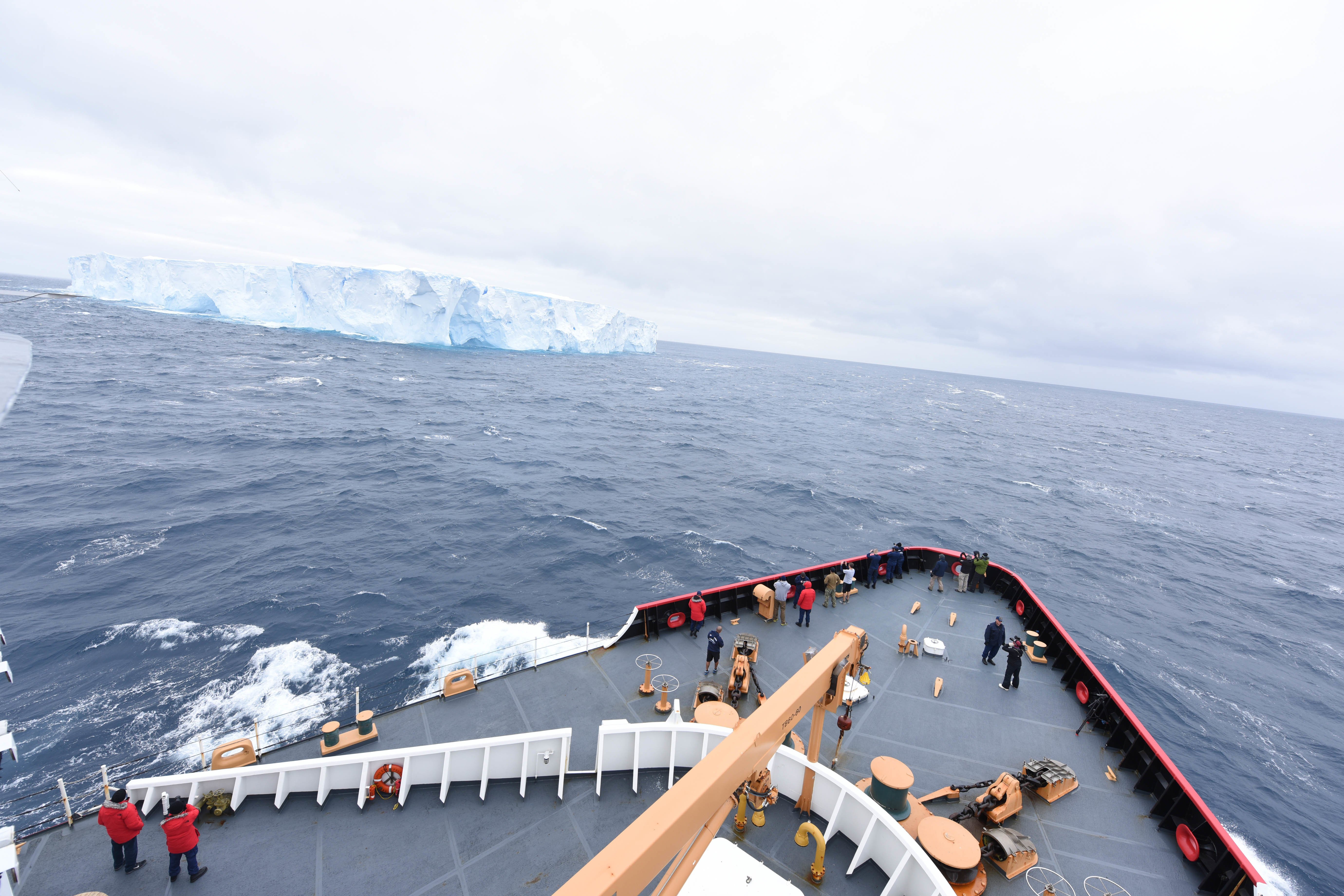 Passengers and the crew of CGC Polar Star gather to observe their first encounter with ice during Operation Deep Freeze 2016 in the Southern Ocean Jan. 3, 2016. The mission to resupply the National Science Foundation’s McMurdo Station, Antarctica, is one of the most difficult U.S. military peacetime missions due to the harsh environment. US Coast Guard photo.

The Coast Guard’s 2017 acquisition budget request is the largest in history and would help the service revitalize its fleet – and in particular, its heavy icebreaker fleet, Commandant Adm. Paul Zukunft said during the annual State of the Coast Guard address today. END_OF_DOCUMENT_TOKEN_TO_BE_REPLACED