Last week Gen. Martin Dempsey, Chairman of the Joint Chiefs of Staff, outlined American military options in Syria, in response to a threatened hold on his reconfirmation by Sen. John McCain (R-Ariz.) and a letter signed by McCain and Senate Armed Services Committee Chairman Carl Levin (D-Mich.). Both senators are proponents of American intervention in Syria, and both are frustrated by what they believe is the administration’s slow and limited decision to intervene in Syria’s conflict. The traditions of American civil-military relations make uniformed discussions of military options in politically charged issues—especially in a public forum—a delicate issue. Nevertheless, in order to secure a second term as JCS chairman, and in response to a formal request, Dempsey presented an unclassified assessment of five options for American military involvement in Syria. END_OF_DOCUMENT_TOKEN_TO_BE_REPLACED 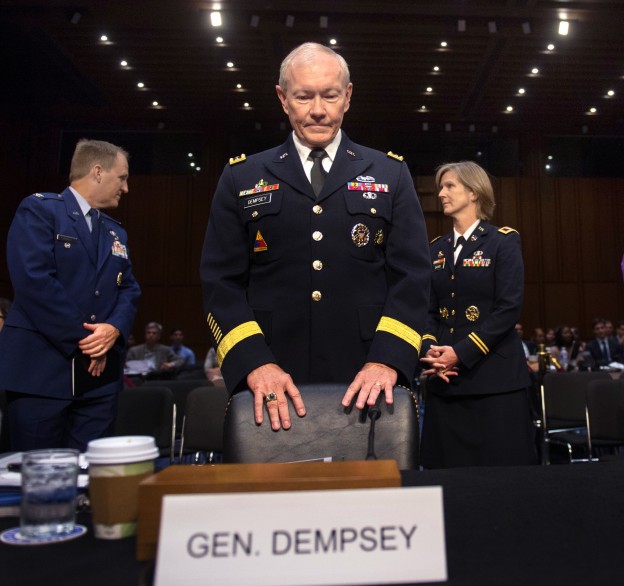 Dempsey’s re-confirmation is not assured. A key member of the panel—Arizona Republican John McCain—was so upset by Dempsey’s answers on Syria that he threatened to put a hold on the nomination. The chairman of the committee offered a possible compromise to get the nomination for a second Dempsey term back on track. Winnefeld did not come under that kind of scrutiny. END_OF_DOCUMENT_TOKEN_TO_BE_REPLACED