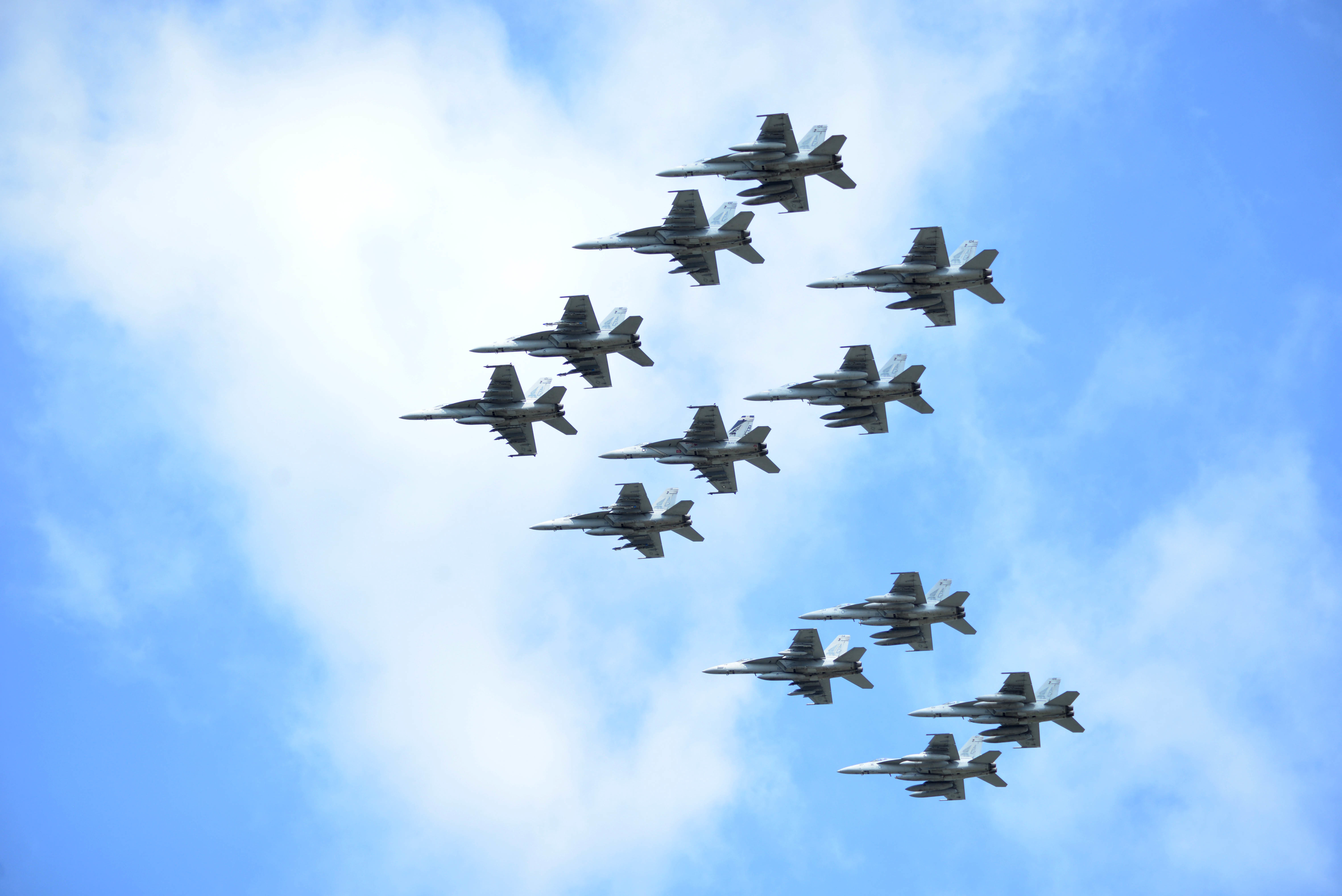 The “Pukin’ Dogs” of Strike Fighter Squadron (VFA) 143 perform a flyover in formation during a homecoming celebration at Naval Air Station (NAS) Oceana on July 12, 2016. US Navy photo.

THE PENTAGON – The White House released its Fiscal Year 2017 supplemental funding request today, which had been touted as being focused on gaining near-term readiness but may come too late to fully support operations and maintenance additions in this current year. END_OF_DOCUMENT_TOKEN_TO_BE_REPLACED

The House Armed Services Committee this week passed a bill that gave the Navy and Marine Corps virtually everything they wanted in their procurement accounts – plus an additional $5.9 billion in a separate account – creating a Reagan-era defense bill for their Senate counterparts to accept or reject. END_OF_DOCUMENT_TOKEN_TO_BE_REPLACED