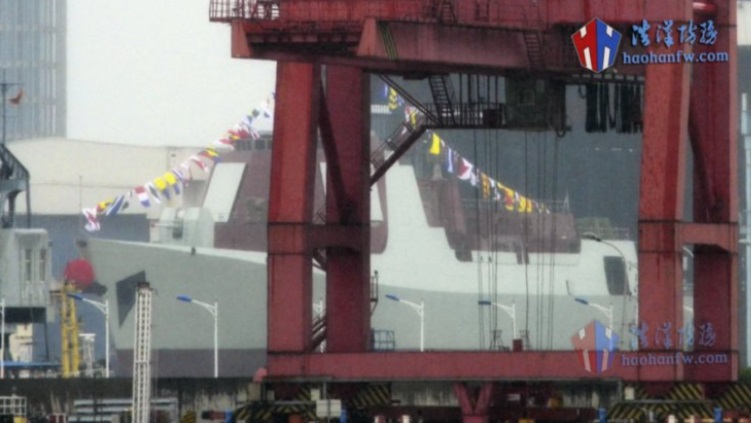 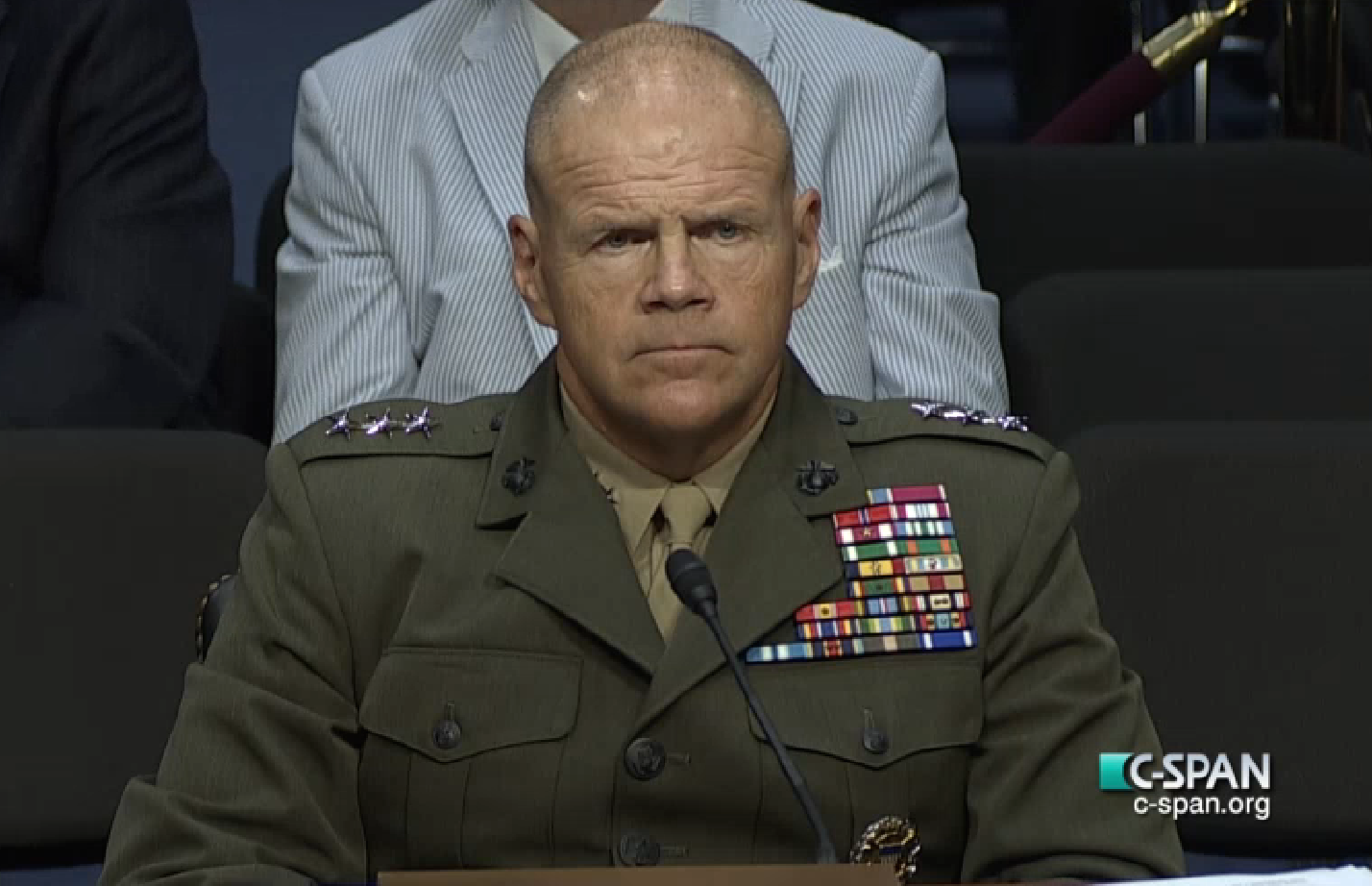 Marine commandant-nominee Lt. Gen. Robert Neller spoke to the Senate Armed Services Committee about a range of topics during his nomination hearing on Thursday, from his views on operations in Iraq to readiness in the Pacific to the entrance of the F-35B Joint Strike Fighter. END_OF_DOCUMENT_TOKEN_TO_BE_REPLACED 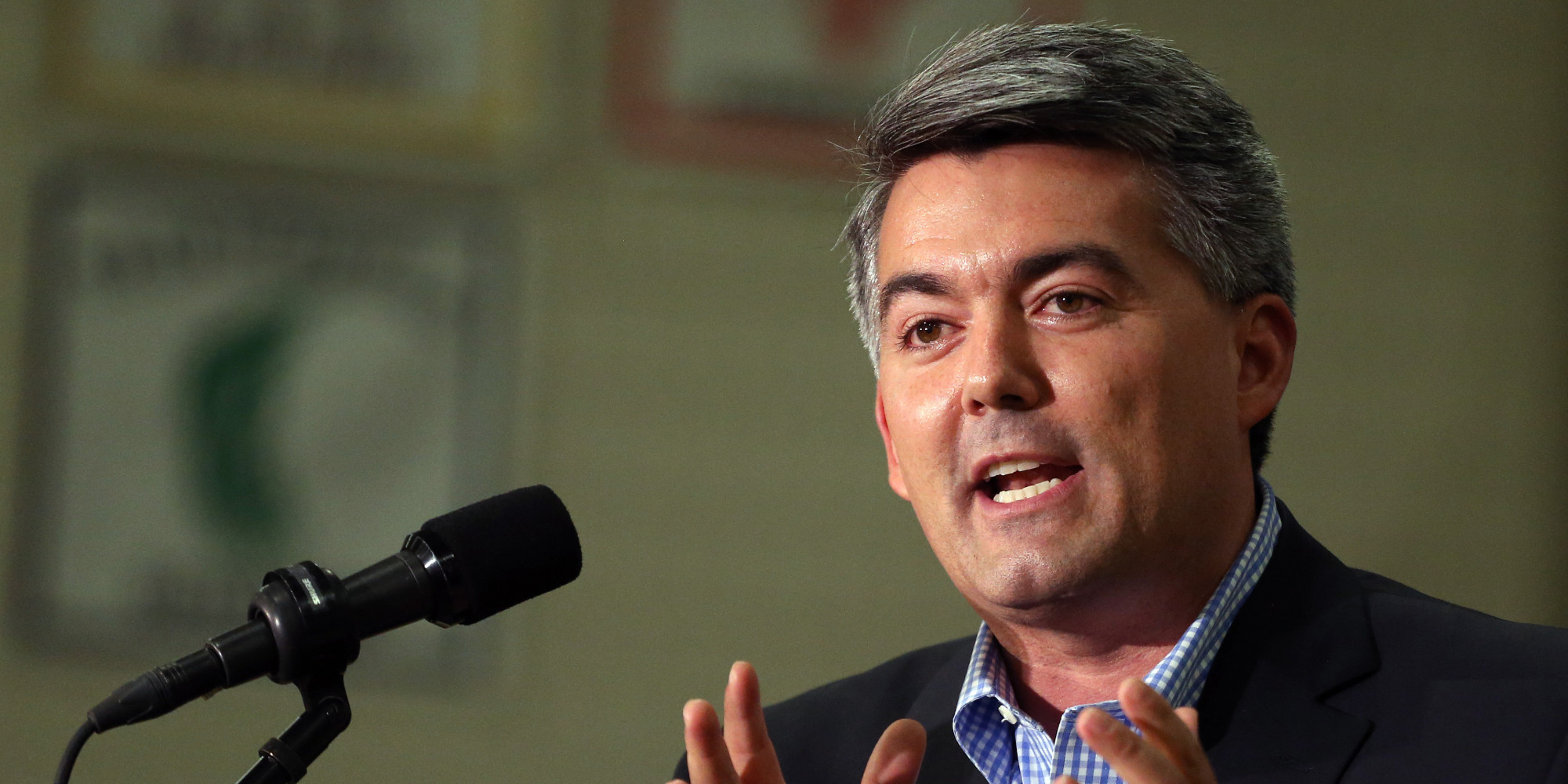 “The administration will not name names” when it comes to serious breaches of cybersecurity in the government’s own data files and the silence raises “a significant concern” that Sen. Cory Gardner wants to change by requiring the State Department — at least — to come up with a publicly known cyber strategy. END_OF_DOCUMENT_TOKEN_TO_BE_REPLACED

The following are the Advance Questions for Lt. Gen. Robert Neller, USMC, nominee for the position of Commandant of the Marine Corps. The questions were answered by Neller in advance of his July 23, 2015 confirmation hearing. END_OF_DOCUMENT_TOKEN_TO_BE_REPLACED 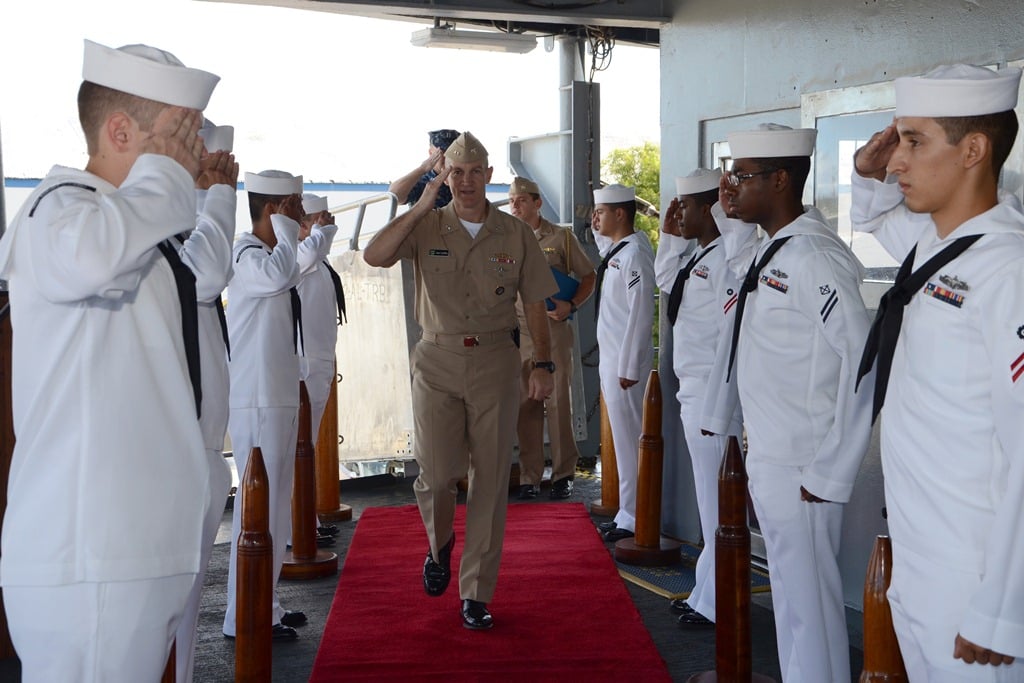 Defense Secretary Ash Carter nominated Vice Adm. James Caldwell to be the new director for the Naval Nuclear Propulsion Program, a joint effort between the Navy and Department of Energy, after current Naval Reactors director Adm. John Richardson was nominated to be the next chief of naval operations. END_OF_DOCUMENT_TOKEN_TO_BE_REPLACED 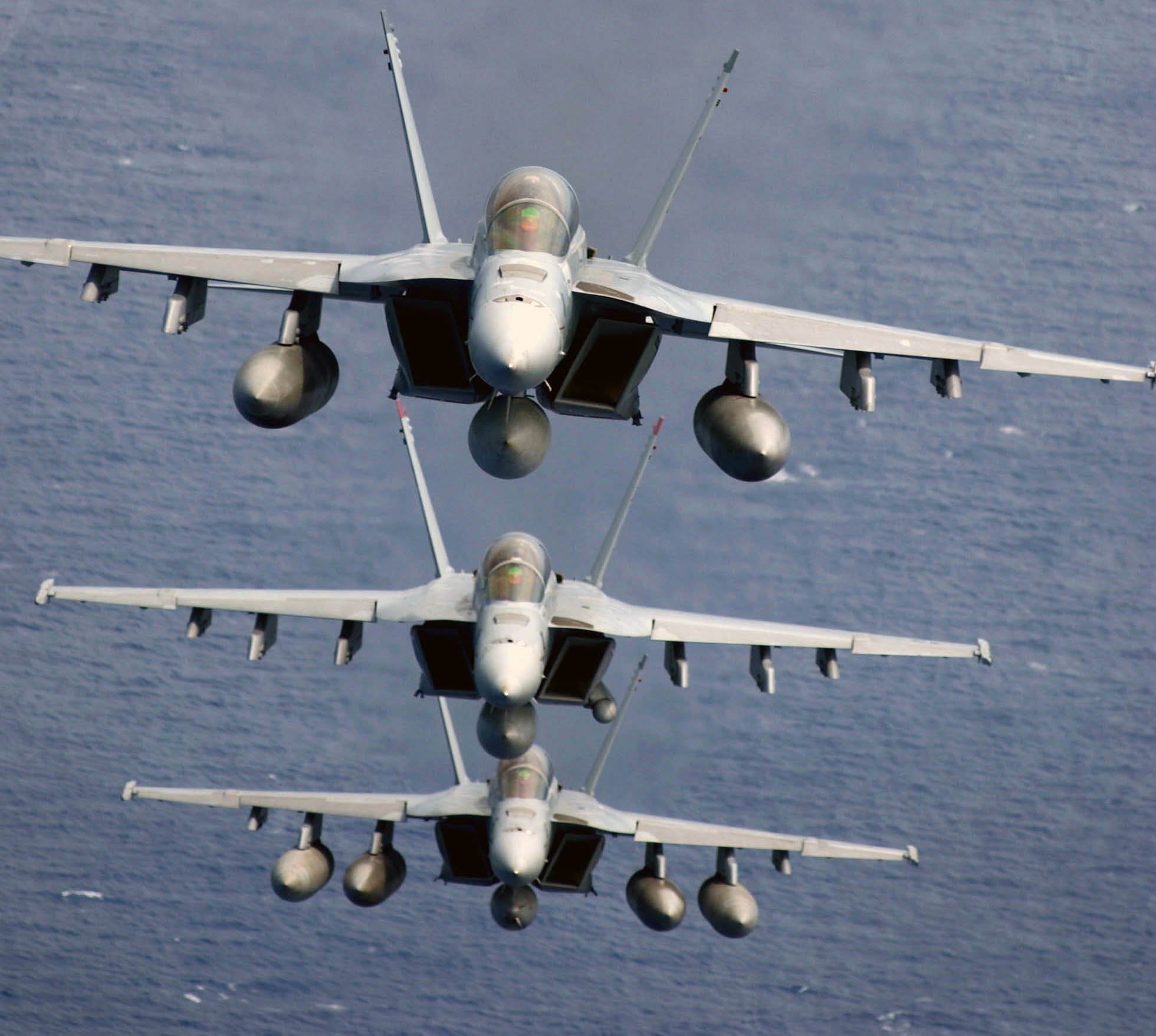 F/A-18 Super Hornets assigned to the “Black Aces” of Strike Fighter Squadron Forty One (VFA-41) fly over the Western Pacific Ocean in a stack formation in October 2013. US Navy photo.

Boeing is taking steps to keep its F-18 production line open for future Navy and international sales based on positive signs from multiple sources, the company told USNI News. END_OF_DOCUMENT_TOKEN_TO_BE_REPLACED 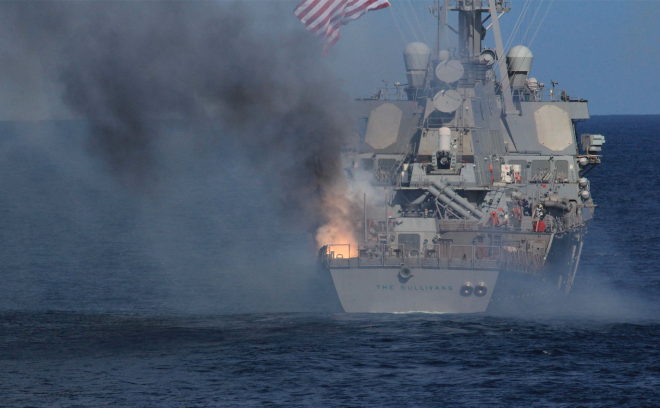 The resulting fire on USS The Sullivans (DDG-68) following the explosion of a Raytheon SM-2 Block IIIA guided missile. US Navy Photo obtained by USNI News

This post has been updated with additional information from NAVSEA.

A Navy guided missile destroyer was damaged after a missile exploded shortly after launch during an exercise off the U.S. Atlantic coast on Saturday, Navy officials have confirmed to USNI News. END_OF_DOCUMENT_TOKEN_TO_BE_REPLACED 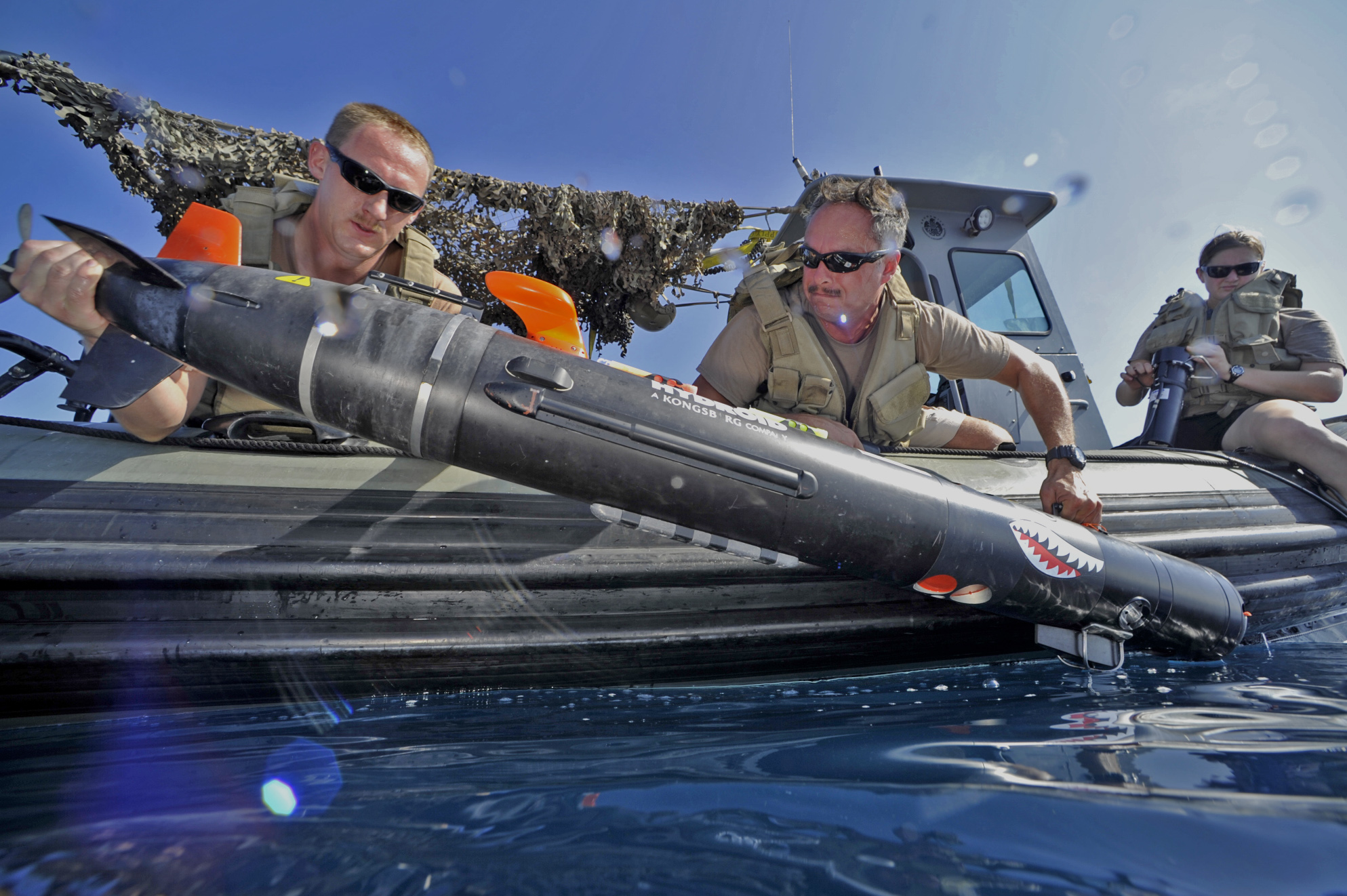 The Navy will spend as much as $228.5 million in the next several years on unmanned surface and subsurface vehicles to conduct mine countermeasures missions. END_OF_DOCUMENT_TOKEN_TO_BE_REPLACED 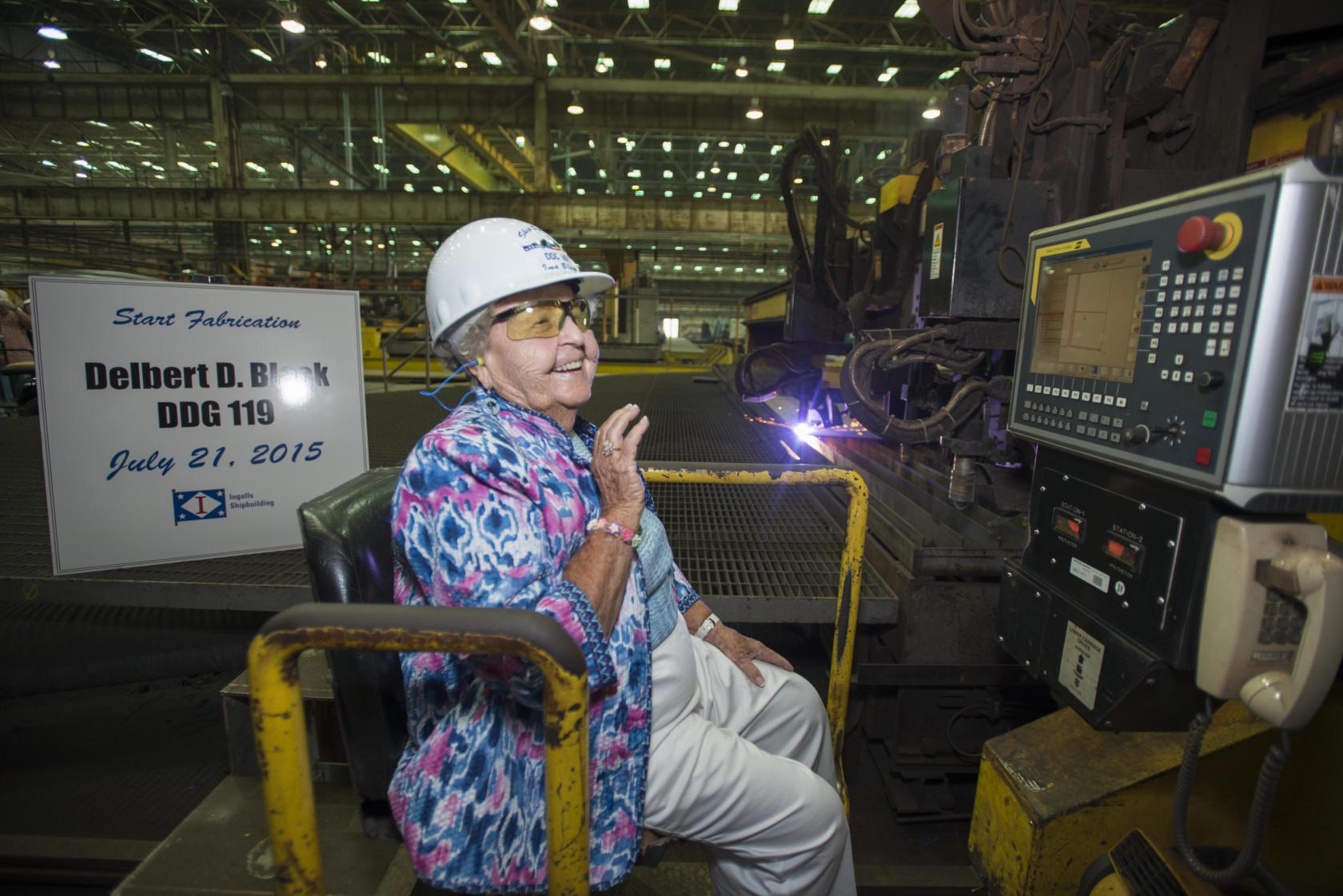 Huntington Ingalls Industries and the Navy marked the start of fabrication for a guided missile destroyer named after Master Chief Petty Officer of the Navy Delbert Black in a Tuesday ceremony. END_OF_DOCUMENT_TOKEN_TO_BE_REPLACED 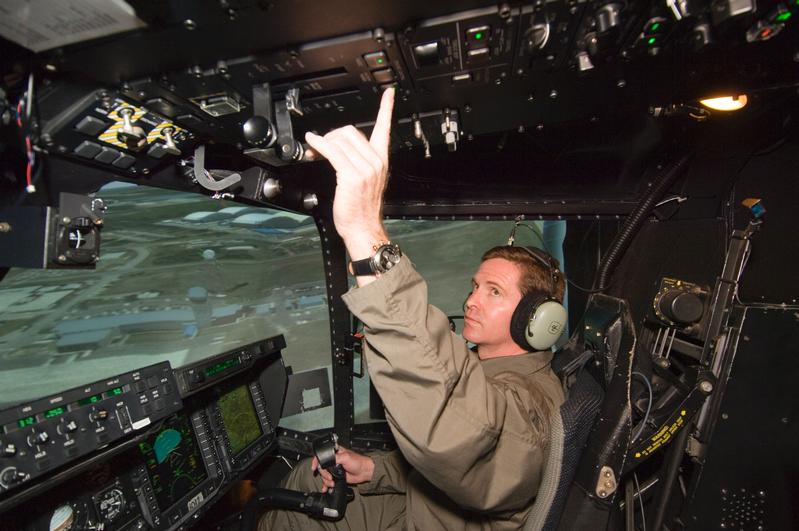 The Navy has begun to build a next generation training center that will pair up to 80 fighter, reconnaissance aircraft and ship simulators with live fliers in a massive environment that blends the real world with the virtual. END_OF_DOCUMENT_TOKEN_TO_BE_REPLACED