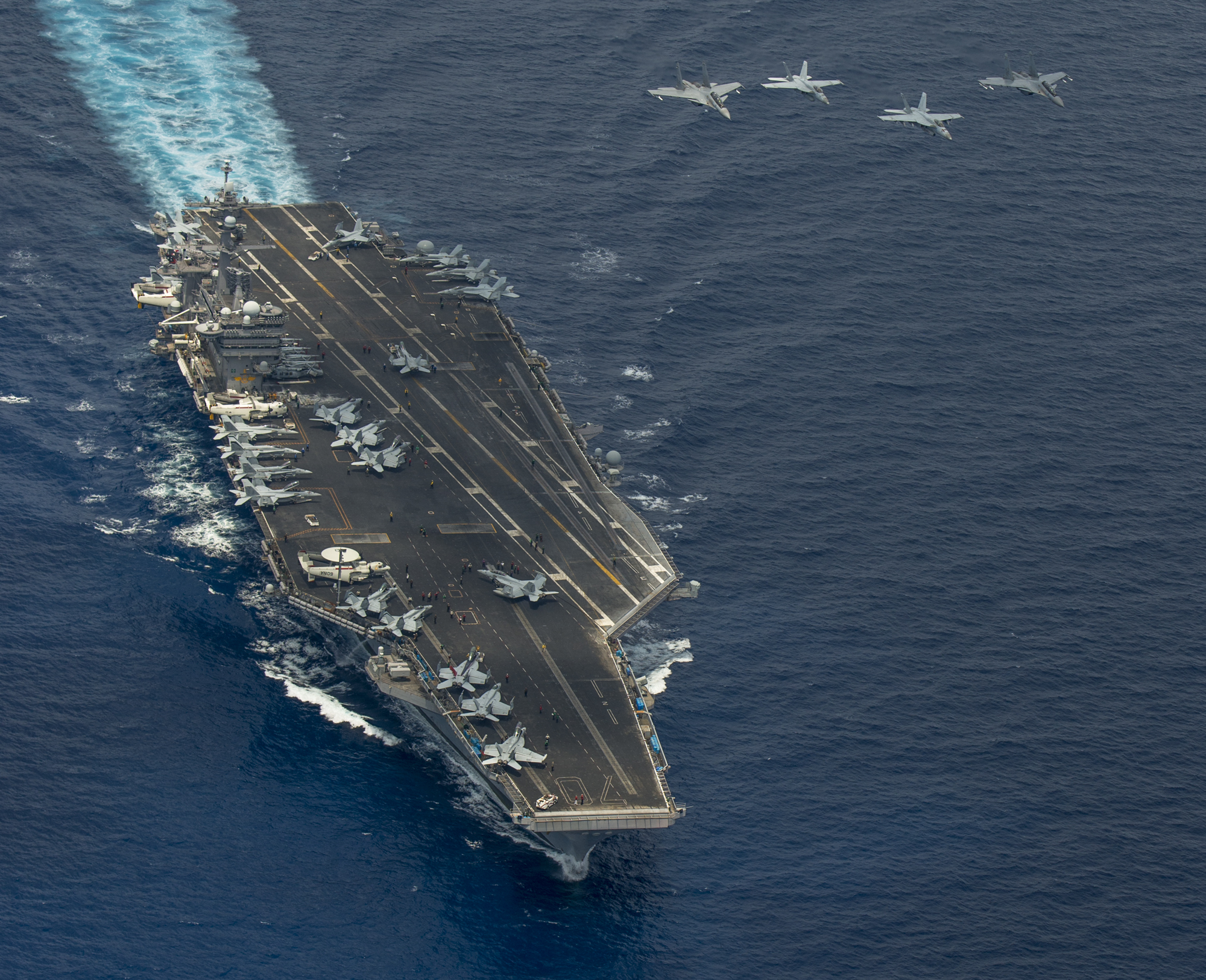 NAVAL STATION NORFOLK, VA. – Two years after the Navy unveiled a new fleet deployment and maintenance model, fleet commanders have some successes to tout: three carrier strike groups are operating under the new model, and a working group is capturing lessons learned and proposing ideas to improve fleet operations. END_OF_DOCUMENT_TOKEN_TO_BE_REPLACED 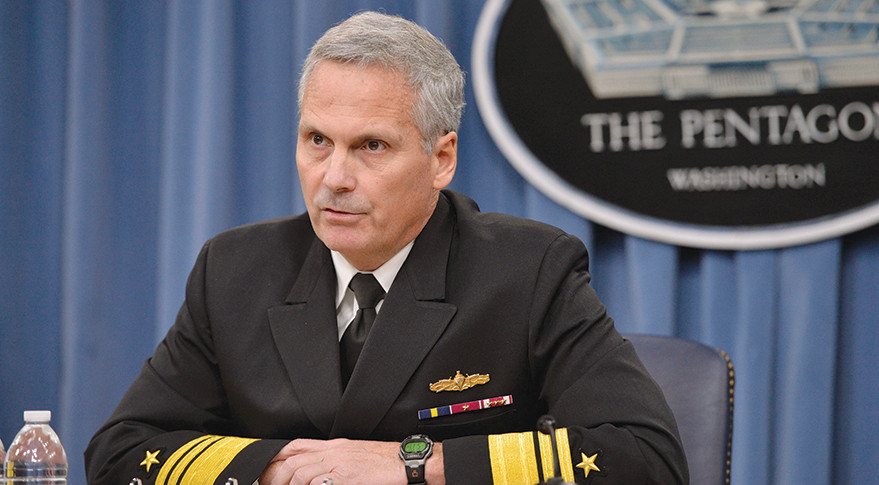 While terming North Korea’s most recent nuclear tests “alarming and provoking,” the director of the U.S. Missile Defense Agency said he doesn’t believe they show any increase in Pyongyang’s technical capabilities. END_OF_DOCUMENT_TOKEN_TO_BE_REPLACED

A week full of news about Iran began with the crews of two U.S. Navy small boats being apprehended by the Iranian Revolutionary Guard Corps-Naval (IRGCN) forces and ended with the release of four Americans being held as prisoners in Iran. END_OF_DOCUMENT_TOKEN_TO_BE_REPLACED 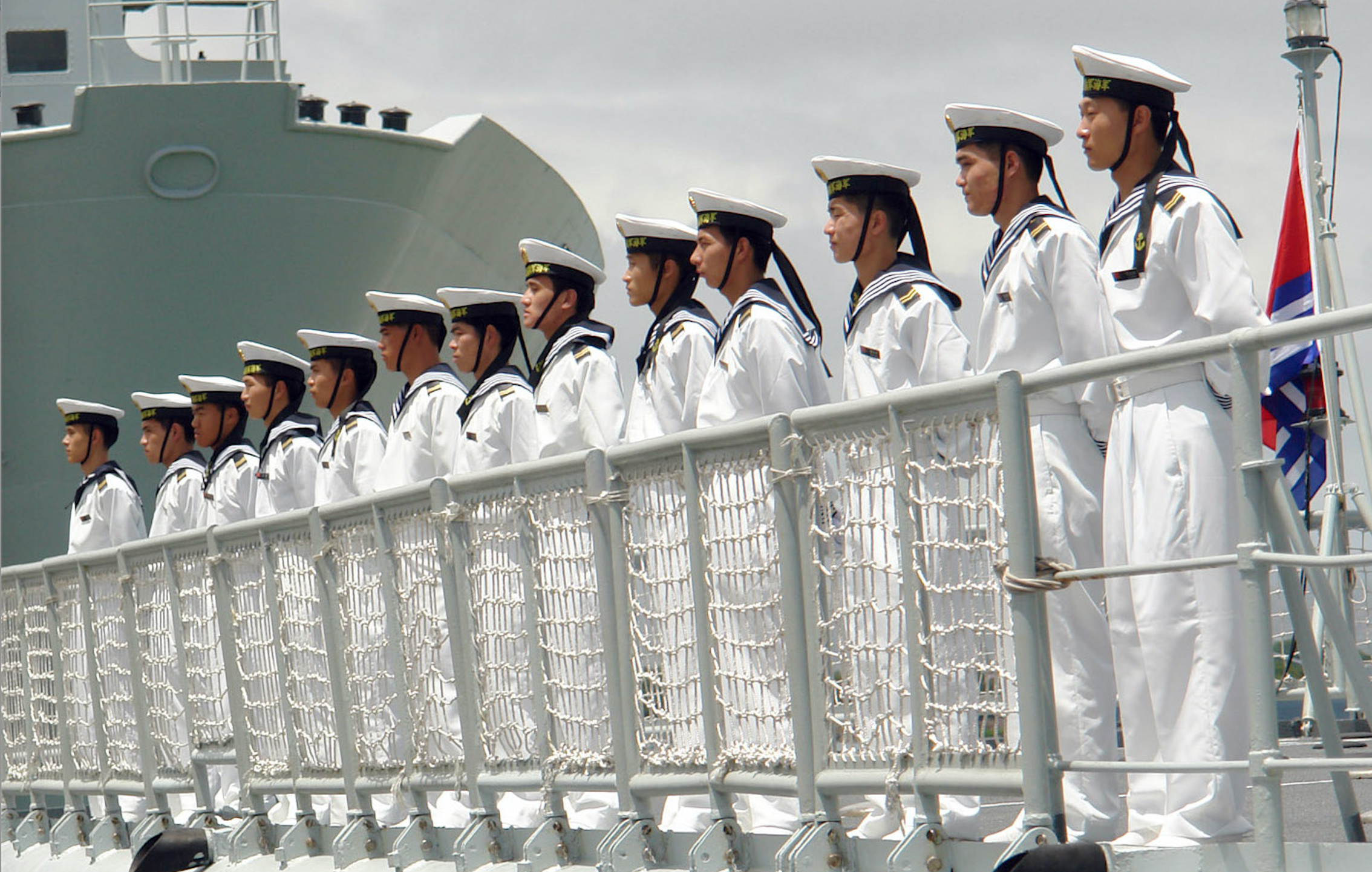 hinese Sailors man the rails aboard the destroyer Qingdao (DDG 113) as they arrive in Pearl Harbor. US Navy Photo

Chinese officials claim to be on “ high alert against Japan’s attempt to poke its nose in the issue of the South China Sea,” following an interview published Sunday in which Japanese Prime Minister Shinzo Abe called for the international community to “raise its voice” against Chinese encroachment. END_OF_DOCUMENT_TOKEN_TO_BE_REPLACED

The following preliminary timeline of the events surrounding the Iranian detainment of 10 U.S. Navy Sailors from January 12-13, 2016, is based upon multiple operational reports received by U.S. Naval Forces Central Command (NAVCENT) in the first 24-48 hours after the incident. END_OF_DOCUMENT_TOKEN_TO_BE_REPLACED

Marines and sailors with Marine Heavy Helicopter Squadron 463 and Marine Light Attack Helicopter Squadron 367 challenged each other to a competition when they launched seven CH-53E Super Stallions, five AH1 Cobras and one UH1 Huey helicopter in March 2013. US Marine Corps photo.

A search and rescue effort is still ongoing for 12 Marines whose two CH-53E helicopters crashed during a night operations training event off the coast of Oahu, according to a Marine Corps statement. END_OF_DOCUMENT_TOKEN_TO_BE_REPLACED 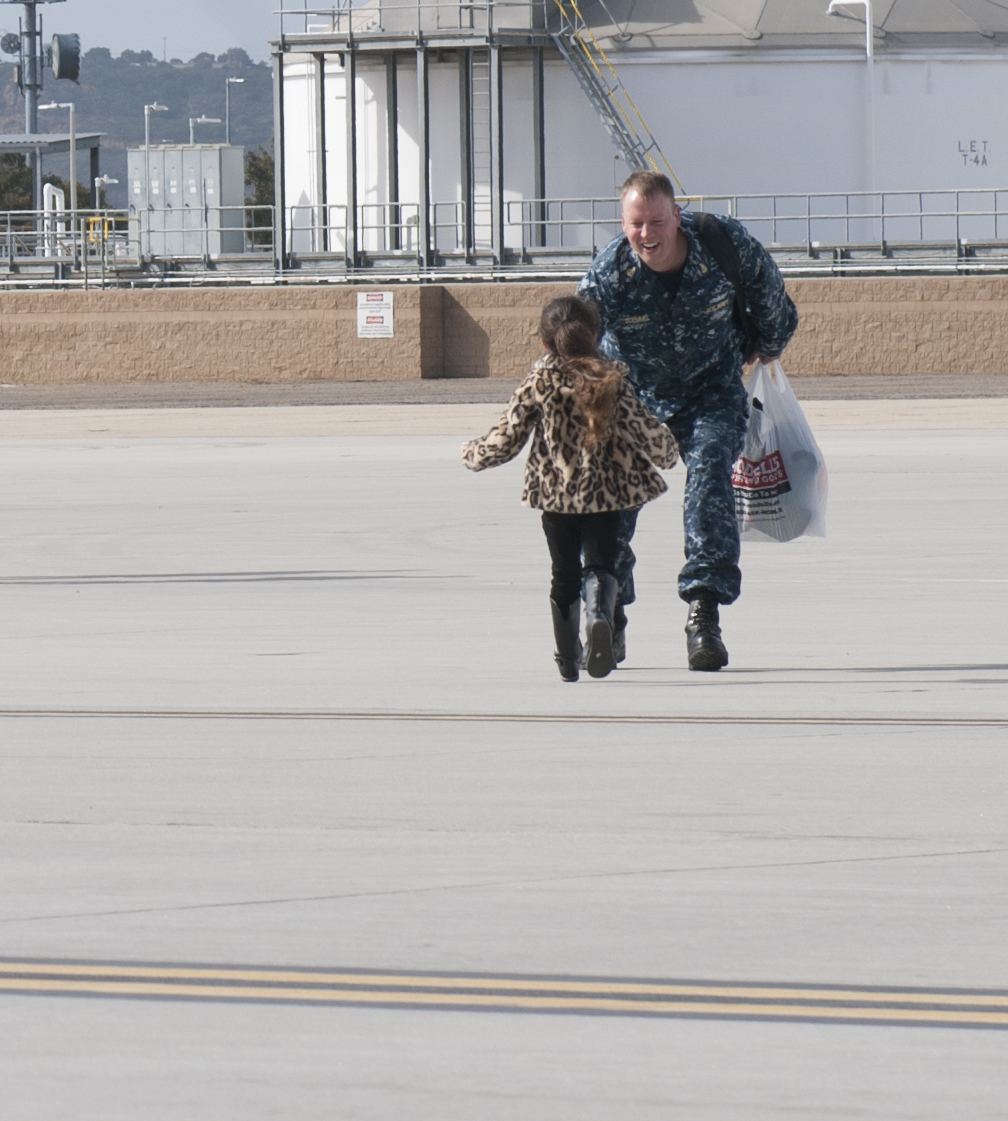 Senior Chief Information Systems Technician Dan Boemmel is greeted by his daughter after returning home from a deployment around South America. Aircraft carrier on Jan. 15, 2016. US Navy Photo

CORONADO, Calif. – As her dad stepped off the chartered airplane, 5-year-old Ashley Boemmel could barely contain her joy. But with her mother’s urging, Ashley dashed across the tarmac at North Island Naval Air Station’s air terminal and ran into her father’s arms. END_OF_DOCUMENT_TOKEN_TO_BE_REPLACED 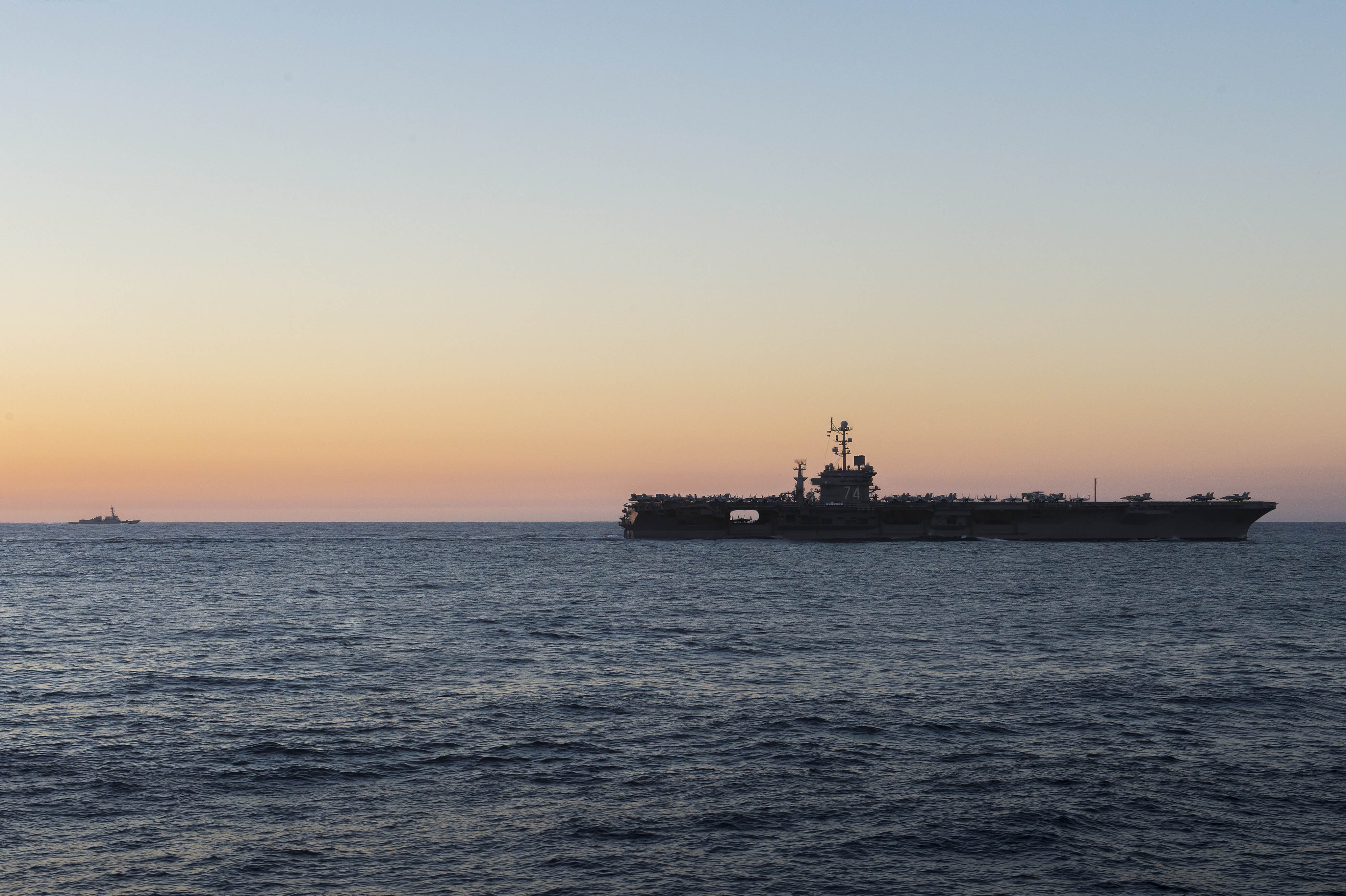 The following is a Jan. 12, 2015 U.S. Naval History and Heritage Command infographic on the evolution of the U.S. cruiser. 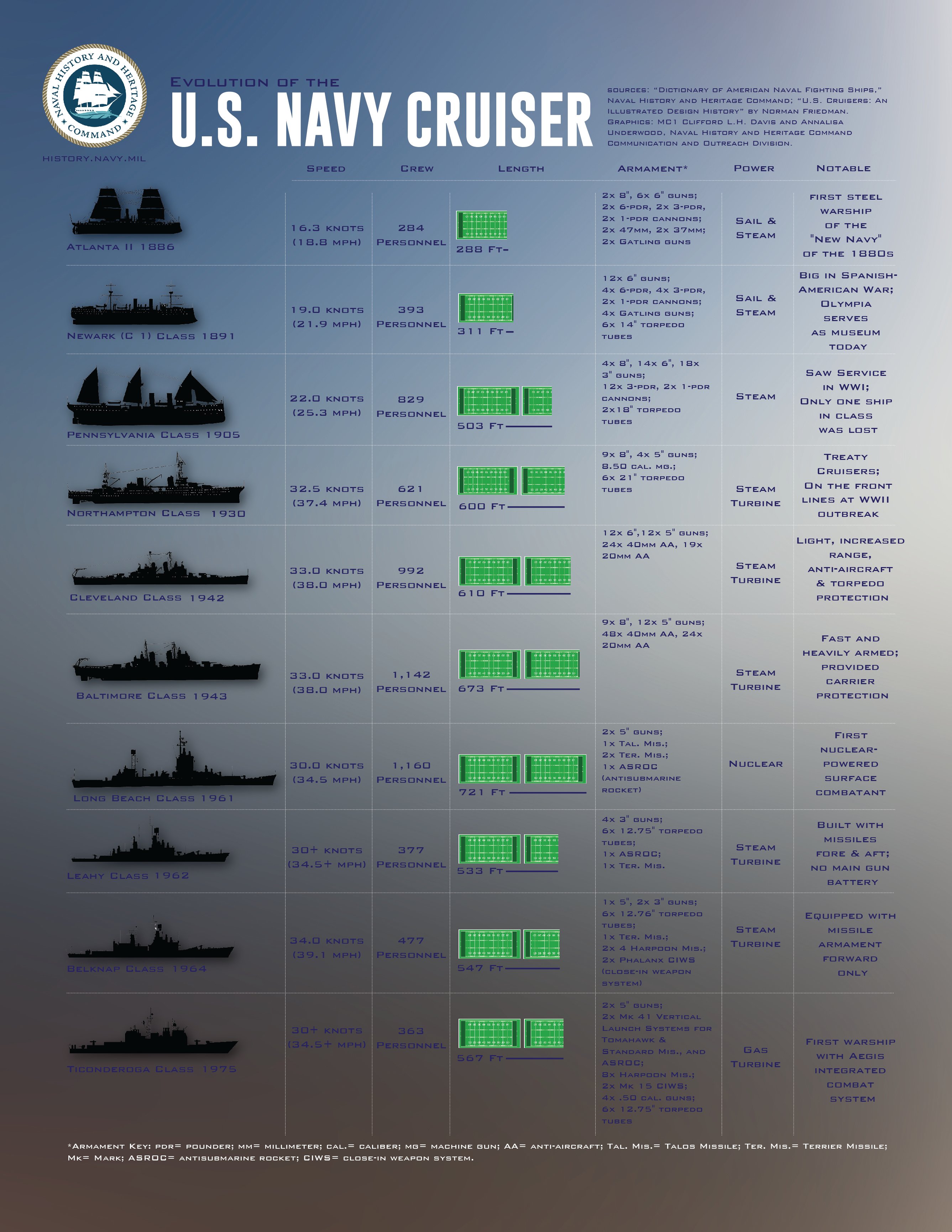