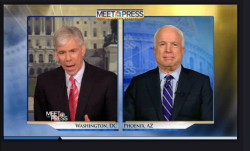 Sen. John McCain told NBC’s Meet the Press that former Republican senator and nominee for the Secretary of Defense position will likely be confirmed by Congress, reported The Hill Tube blog. END_OF_DOCUMENT_TOKEN_TO_BE_REPLACED 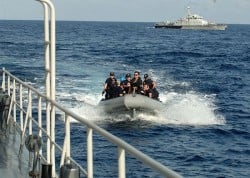 China and the United States are competing for influence throughout Southeast Asia and Cambodia appears to be the latest battleground. In January, China stepped up its defense cooperation with Cambodia in a development that several regional analysts saw as an attempt to supplant the United States. One writer, for example, likened China’s initiative to a “tug-of-war” with the United States.
END_OF_DOCUMENT_TOKEN_TO_BE_REPLACED 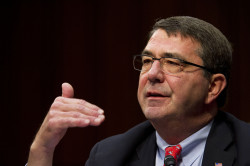 END_OF_DOCUMENT_TOKEN_TO_BE_REPLACED

Senate Majority Leader Harry Reid said Thursday Chuck Hagel’s nomination to be the next Secretary of Defense was being blocked by Senate Republicans over demands for more information on Hagel’s background and the September attack of the consulate in Benghazi, reported Politico.
END_OF_DOCUMENT_TOKEN_TO_BE_REPLACED

The Joint Chiefs of Staff made another round of dire warnings about impending sequestration at a hearing Wednesday, this time telling the House Armed Services Committee who may die because of budget problems — and how.
END_OF_DOCUMENT_TOKEN_TO_BE_REPLACED 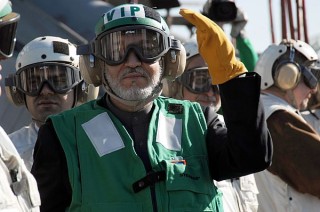 Hamid Karzai welcomes the withdrawal of 34,000 U.S. troops from Afghanistan in the next year, the Afghan president said in a statement released Wednesday.
END_OF_DOCUMENT_TOKEN_TO_BE_REPLACED

A Pakistani policeman guards a road used by NATO trucks Monday. The U.S. will use the road to start pulling military equipment out of Afghanistan. Associated Press Photo

The departure began the day after U.S. Marine Corps General Joseph Dunford took charge of the NATO forces in the region from USMC General John Allen.

END_OF_DOCUMENT_TOKEN_TO_BE_REPLACED

Hagel, a Republican former two-term senator from Nebraska, had once been considered one of the neoconservatives’ own, at least for a while. After joining the Senate in 1997, he quickly became one of Republican Sen. John McCain’s more avid wingmen. He helped run the Arizonan’s 2000 campaign for the party’s presidential nomination. Hagel also voted for the 2002 resolution to authorize U.S. action against Iraq, the precursor to the March 2003 invasion.
END_OF_DOCUMENT_TOKEN_TO_BE_REPLACED 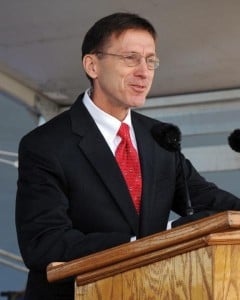