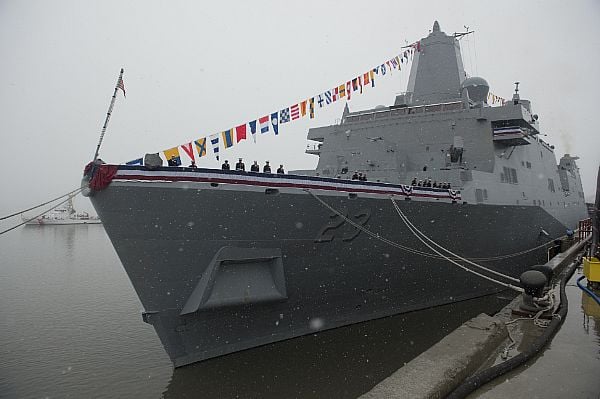 The 26,000 ton USS Anchorage (LPD-23) is the latest in the line of dock landing platform ships to enter the Fleet and one of 11 planned warships designed to ferry 720 Marines and their aircraft and landing craft around the world. END_OF_DOCUMENT_TOKEN_TO_BE_REPLACED

Lethal autonomous robotics (LARs) are weapon systems that, once activated, can select and engage targets without further human intervention. They raise far-reaching concerns about the protection of life during war and peace. This includes the question of the extent to which they can be programmed to comply with the requirements of international humanitarian law and the standards protecting life under international human rights law. END_OF_DOCUMENT_TOKEN_TO_BE_REPLACED 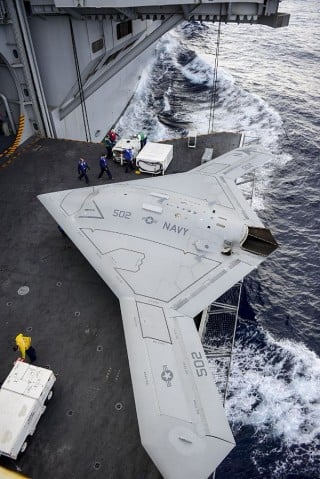 Report author Christof Heyns, a human rights professor at the University of Pretoria in South Africa, mentioned the Phalanx and the Unmanned Combat Air System Aircraft Carrier Demonstration (UCAS-D) X-47B as examples of weapon systems with at least some degree of autonomous operation. END_OF_DOCUMENT_TOKEN_TO_BE_REPLACED 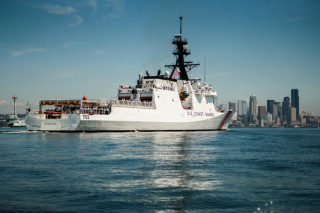 The U.S. Coast Guard has issued a $487.1 million contract to Huntington Ingalls Industries for the construction of the sixth National Security Cutter, according to a Tuesday release from the U.S. Coast Guard. END_OF_DOCUMENT_TOKEN_TO_BE_REPLACED 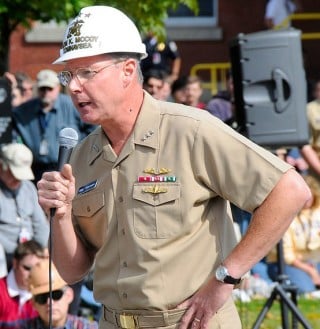 While at the helm of NAVSEA for an unprecedented five years McCoy was mostly media shy while he was a driving force to realign years of damage to the way the Navy fixed its surface ships. END_OF_DOCUMENT_TOKEN_TO_BE_REPLACED

The Navy issued a $49.4 million contract to fully fund the repairs to the USS Porter (DDG-78) putting aside one of the last iconic effects of a combined Fiscal Year 2013 Continuing Resolution and mandatory sequestration budget cuts, according to a Tuesday release from Naval Sea Systems Command. END_OF_DOCUMENT_TOKEN_TO_BE_REPLACED

The estimated cost of a for series of ballistic missile defense batteries in Eastern Europe and Hawaii have doubled, according to an April report from the Government Accountability Office. END_OF_DOCUMENT_TOKEN_TO_BE_REPLACED

Department of Defense (DOD) development work on high-energy military lasers, which has been underway for decades, has reached the point where lasers capable of countering certain surface and air targets at ranges of about a mile could be made ready for installation on Navy surface ships over the next few years. More powerful shipboard lasers, which could become ready for installation in subsequent years, could provide Navy surface ships with an ability to counter a wider range of surface and air targets at ranges of up to about 10 miles. These more powerful lasers might, among other things, provide Navy surface ships with a terminal-defense capability against certain ballistic missiles, including China’s new anti-ship ballistic missile (ASBM). END_OF_DOCUMENT_TOKEN_TO_BE_REPLACED 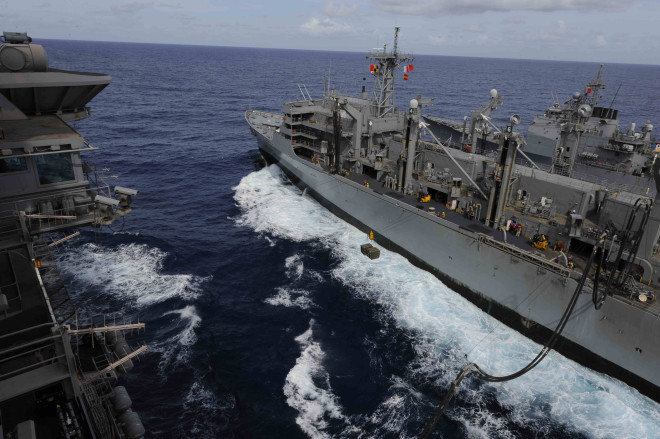 The Navy will decommission two of Military Sealift Command’s youngest refueling and Fleet support ships in a bid to save $251 million as part of the Department of the Navy’s Fiscal Year 2014 budget, Navy officials told USNI News on Monday. END_OF_DOCUMENT_TOKEN_TO_BE_REPLACED

Vice Adm. William Burke said, “We have to balance our books” and the way the Navy chose to do that a year ago was retiring the cruisers and two landing ship docks (LSDs) early. “I would prefer to put money into destroyers,” he said, adding that “we have enough” cruisers, all nine of which the Navy intends to operate normally until they are decommissioned. END_OF_DOCUMENT_TOKEN_TO_BE_REPLACED