Jeff M. Moore, Ph.D., is the author of Spies for Nimitz: Joint Military Intelligence in the Pacific War, which profiles America’s first “DIA-style” intelligence agency and how it performed in the Pacific War. He is also the author of The Thai Way of Counterinsurgency. He runs Muir Analytics, LLC, a company that specializes in analyzing threats to corporations. He also writes an Asia-focused column for World Oil magazine and has authored scores of military and defense related articles for Proceedings, Naval History, Small Wars Journal, UPI and Jane’s. 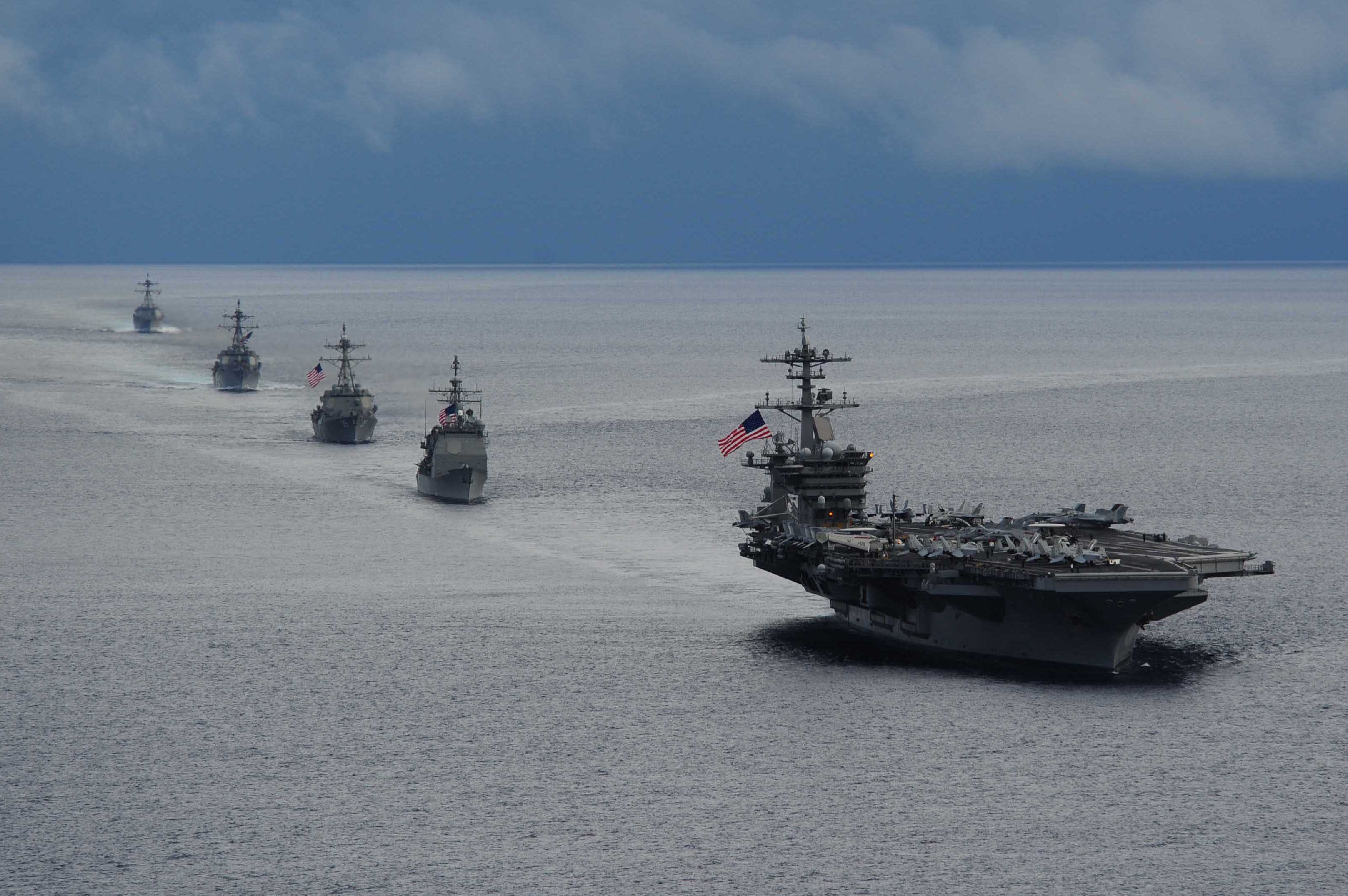 USS Theodore Roosevelt (CVN 71) leads a formation of ships from Carrier Strike Group (CSG) 12 during a maneuvering exercise on Sept. 23, 2014. US Navy Photo