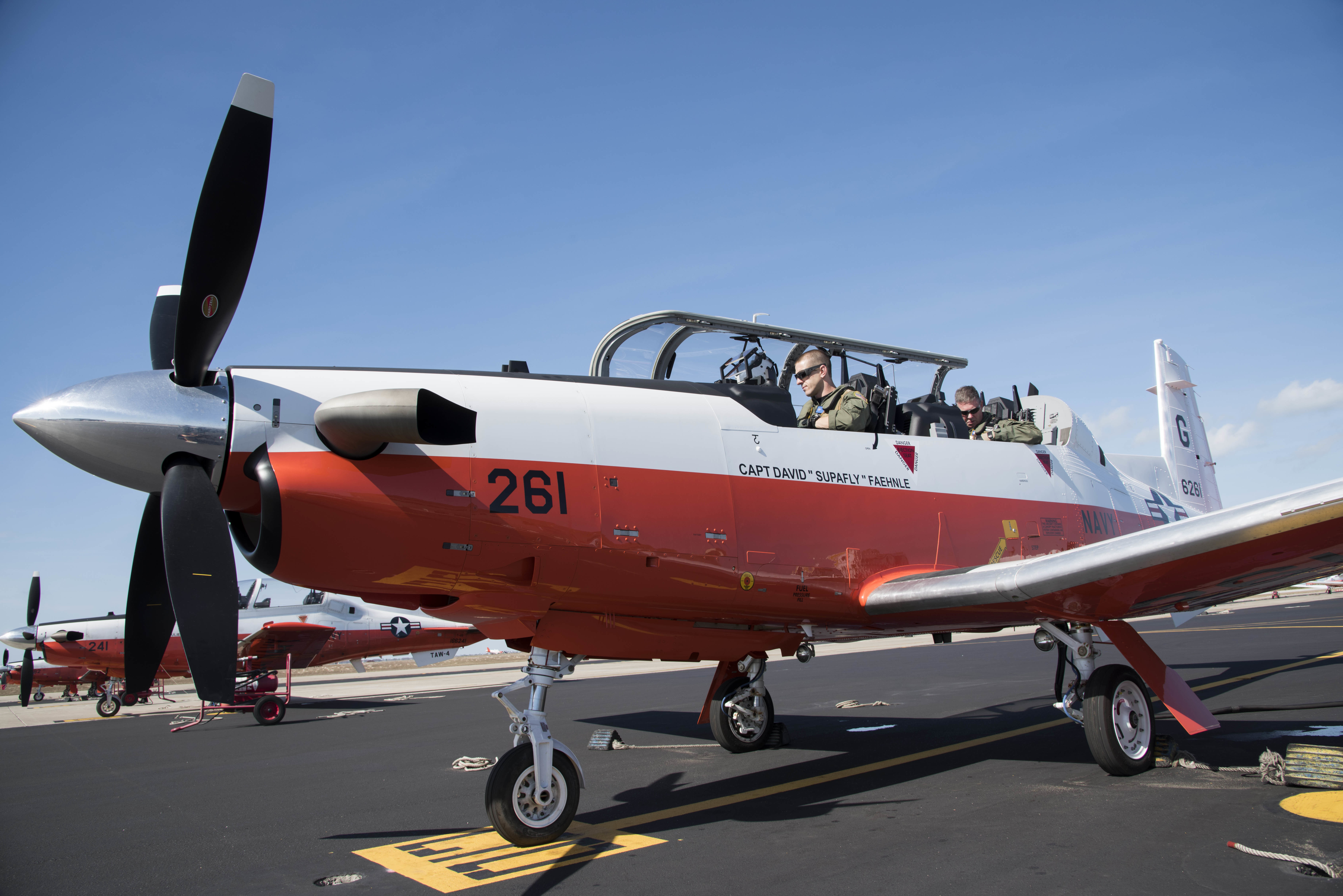 The two-seat T-6B Texan II flew from Naval Air Station Whiting Field, Fla., and went down near Gateswood, Ala., — about 45 miles away, a spokesperson confirmed to USNI News.

“At approximately 10:50 a.m. CST, two pilots ejected from a T-6B Texan II, assigned to Training Air Wing 5, in the vicinity of Barin Naval Outlying Field near Foley, Ala.,” the Navy said in a statement.
“The pilots successfully ejected from the aircraft and are in the process of receiving medical attention for potential injuries. No other injuries have been reported at this time. The cause of the incident is under investigation.”

The aircraft went down in a remote, unpopulated area, according to a Tuesday afternoon statement from the service.

The T-6B Texan II is a tandem-seat, turboprop trainer used to train Navy and Marine Corps pilots in flight school.

“There are currently 245 Navy T-6Bs serving the Chief of Naval Air Training at NAS Whiting Field and NAS Corpus Christi, Texas,” according to the service.