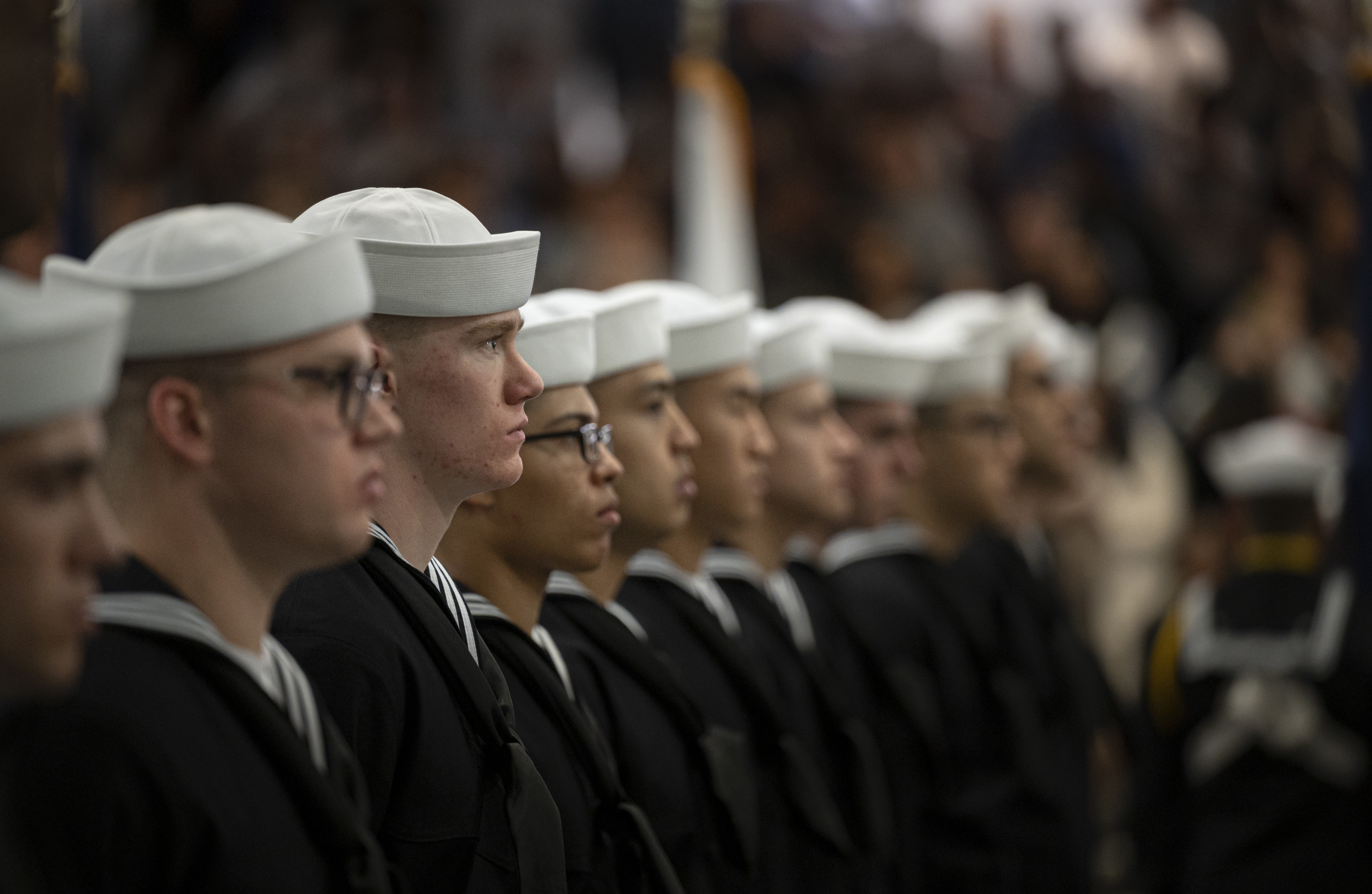 The Navy will now allow men and women up to age 41 to enlist in the service, a new change in policy for which it has the Army to thank.

Under the change, made by Navy Recruiting Command this month, the new maximum age for Navy recruits is 41, as long as the person enlisting can report to training before their 42nd birthday, according to the new policy.

The service made the change to increase the potential enlistment pool, Cmdr. David Benham, a spokesperson for Navy Recruiting Command, said in an email.

“As we continue to navigate a challenging recruiting environment, raising the enlistment age allows us to widen the pool of potential recruits, creating opportunities for personnel who wish to serve, but were previously unable due to age,” Benham said in the email.
While the overall enlistment age is now two years older, certain positions in the Navy have their own age cutoffs, Benham said.

While the Navy will now have the oldest recruits, the Army was the first branch to up its age limit to 42.

Each service sets its age for accepting recruits, but the minimum and maximum ages for the military are set by Congress, which now does it through the National Defense Authorization Act.
Congress initially set the recruiting age limits in 1968, with men no younger than 17 years old and no older than 35 years old allowed to join the services, although they needed parental permission if younger than 18. Women were able to join if they were 18, but they needed parental permission if younger than 21, according to the Public Law 90-235 that added the age restrictions to the U.S. Code.

In 1974, Congress amended the U.S. Code to make age limits uniform between men and women, according to the Veterans Insurance Act of 1974.

In 2006, at the behest of the Army and the Pentagon, Congress changed the maximum age for enlisted recruits to 42 in the National Defense Authorization Act for Fiscal Year 2006.
The Army pushed for the age increase to 42, and in June 2005, the Pentagon filed paperwork with Congress asking to increase the maximum age for all branches, according to a 2005 report in the Chicago Tribune article.

The Pentagon asked for 42 to be the maximum age because it would bring enlisted age limits in line with those set for commissioned officers, according to the Tribune article. Joining the military at 42 would allow a person to serve 20 years before the mandatory retirement age of 62, although there are some exceptions.

By September 2006, there were some new recruits in the Army who were over 40, according to a Christian Science Monitor article. There were 11 recruits over 40, while there were 405 over 35.