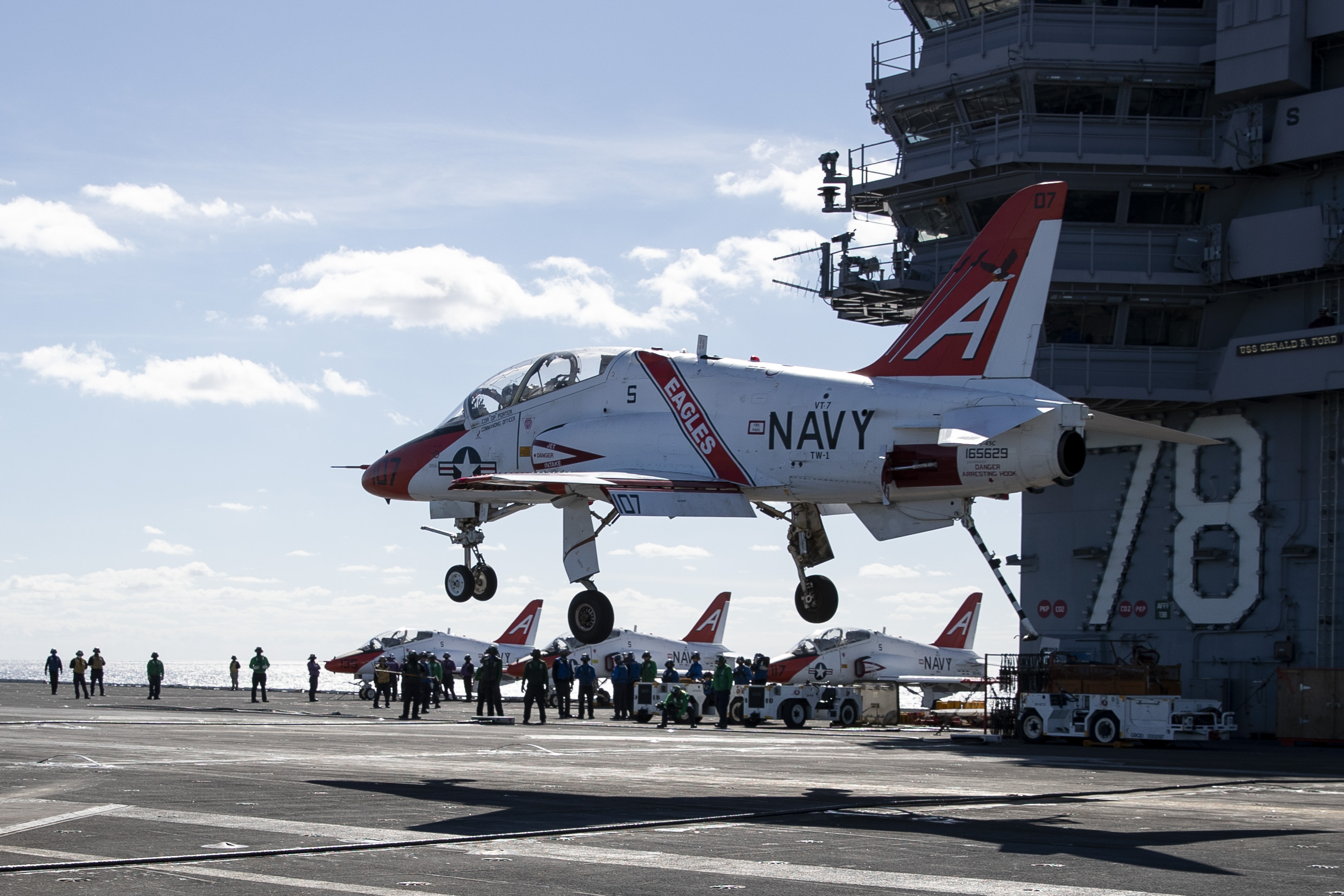 The Navy and Marine Corps grounded the entire 193 T-45C Goshawks for a safety pause since Oct. 14 after an engine blade failure was discovered. There are some Goshawks that will remain grounded because the engine blades do not meet the manufacturer’s engine specifications.

“The process of returning to operations is based off engineering analysis by NAVAIR, with the most important decision being the safety of our aviators,” Chief of Naval Air Training Rear Adm. Richard Brophy said in the release. “The aircraft we are flying are verified and known-good. We have the highest confidence in the compliance of these aircraft.”

The rest of the T-45C fleet’s flight operations will stay paused while the Navy and Rolls Royce continue to analyze engineering data on the “non-conforming parts.” Rolls Royce and the Navy will continue to work to return the T-45Cs to operational status.

“During this time, training air wings and squadrons are maximizing ground training, including classroom lectures, simulators and computer-based training,” according to the release.