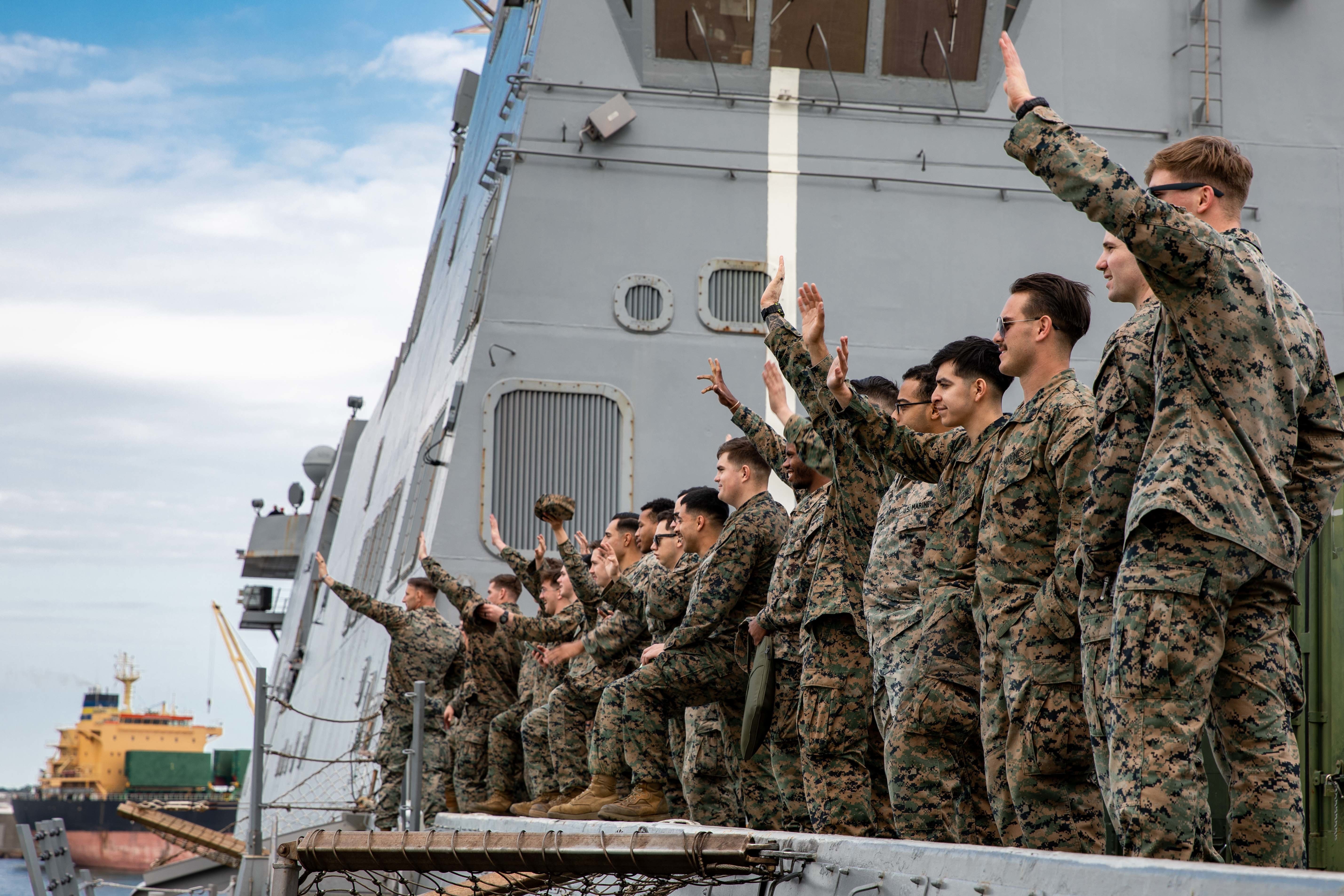 Thousands of Marines began returning to North Carolina over the weekend ending a seven-month deployment to Europe as part of the U.S. regional presence mission following the Russian invasion of Ukraine. 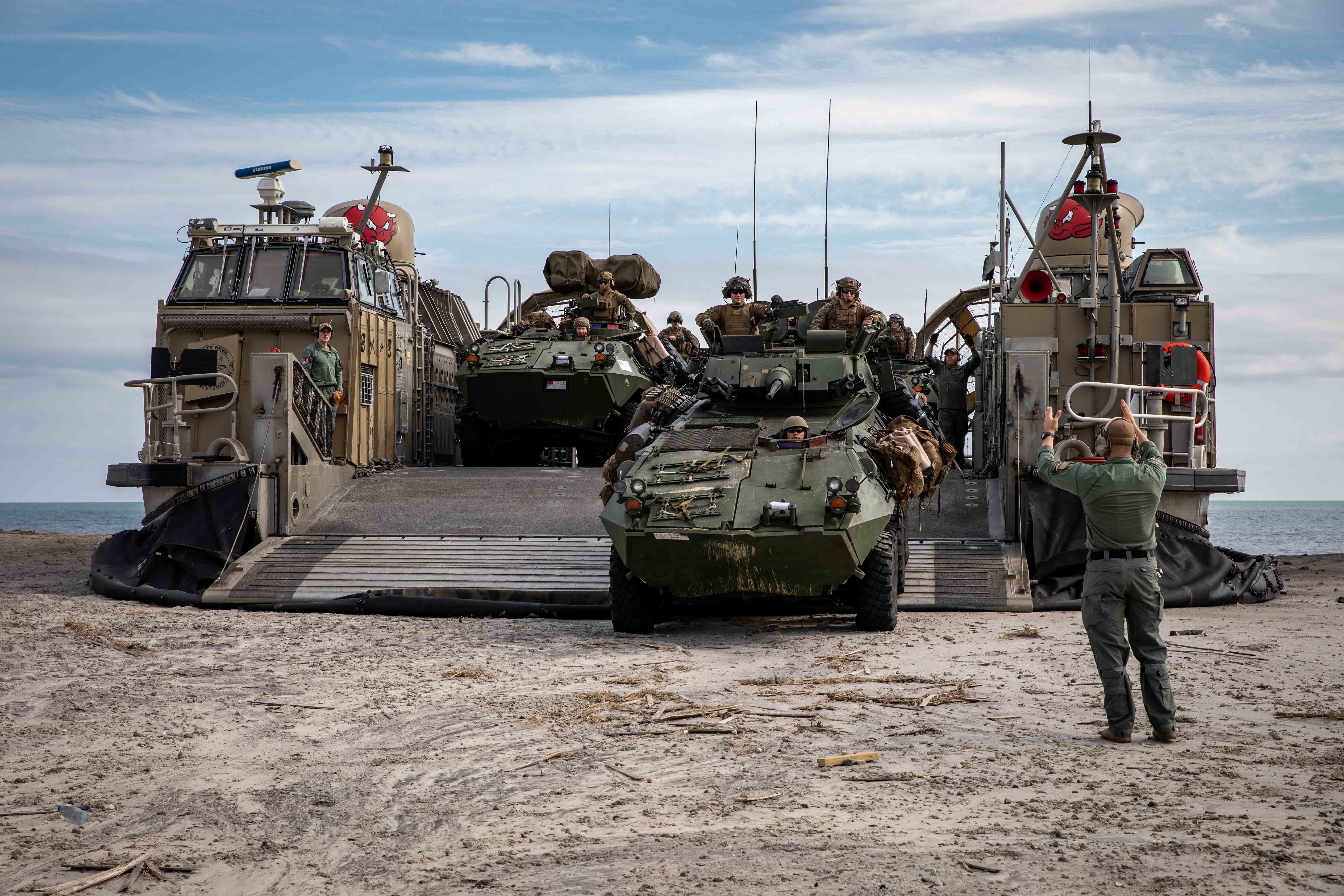 Once underway, the Kearsarge ARG and the 22nd MEU spread out throughout Europe after entering U.S. 6th Fleet.

“We believe this was the first East Coast MEU deployment in a long while that was spent entirely in the 6th Fleet area of operations and the Marines did a tremendous job operating from above the Arctic Circle, to the Baltics, to the Mediterranean Sea,” 22nd MEU commander Col. Paul Merida said in a statement.
“All of this was done with the backdrop of the Russia-Ukraine War, which added an additional sense of importance to our work; much of which was done alongside our NATO allies and other key regional partners.”

Marines and sailors worked with NATO allies like the Danish, Norwegians and Estonians as well as with Finland and Sweden as they moved to join the alliance as the war in Ukraine continued.

The operations were largely split between the Arctic, the Baltics and the Mediterranean Sea. 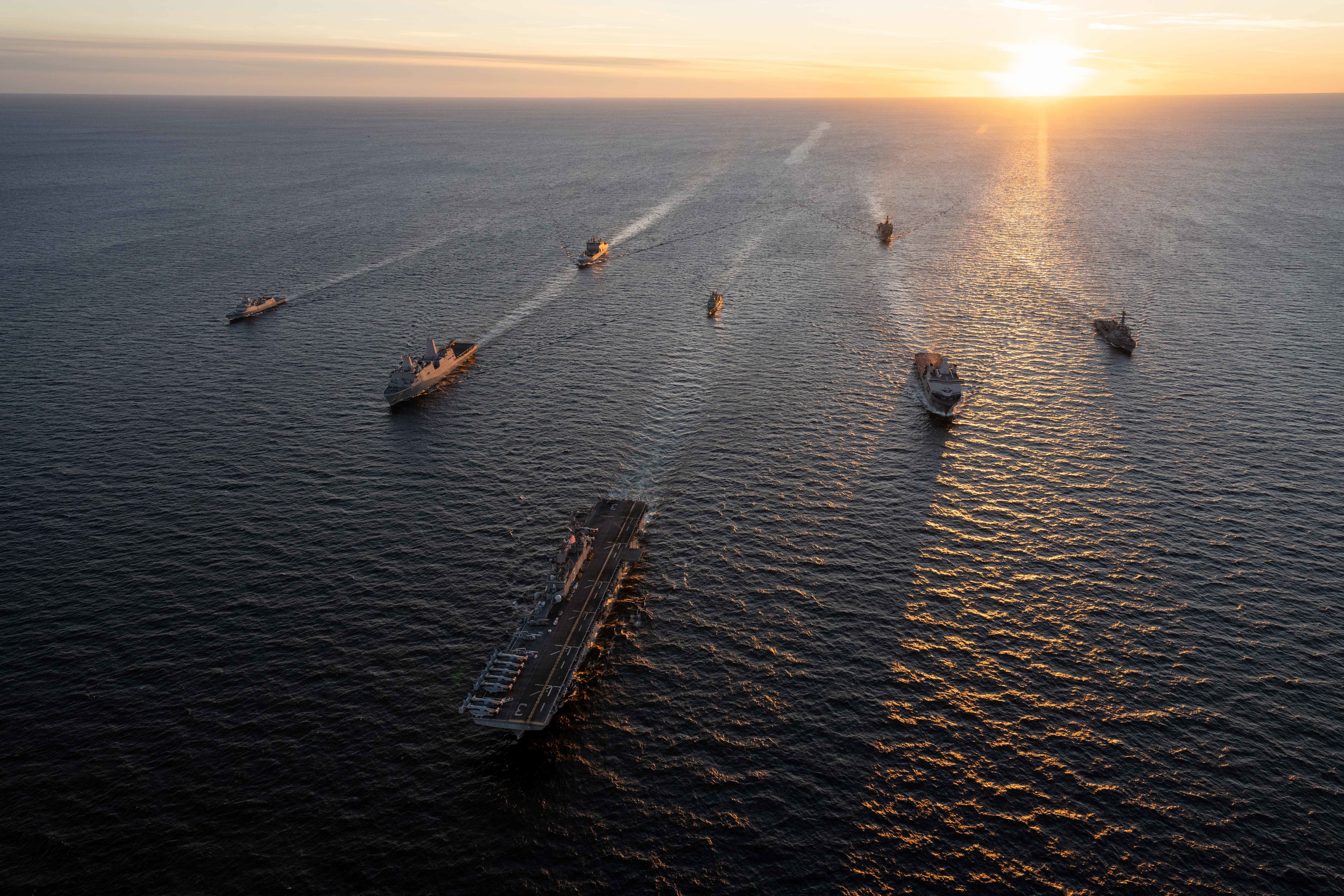 Arlington operated in the Mediterranean working with the Hellenic Navy in the bilateral Alexander the Great 22 exercise, drilled with the Turkish Navy and joined the Tunisian Navy during exercise African Lion 2022.

In the Arctic, the 22nd MEU participated in the exercise Northern Viking 2022, “a multinational amphibious and maritime exercise alongside Allied nations from France, Germany, Iceland, Norway and the United Kingdom,” according to the service. In addition, Marines operated with the Norwegians in a separate two-week-long bilateral amphibious exercise.

In the Baltic, Kearsarge and Gunston Hall were part of the annual naval exercise BALTOPS 2022 in June along with the Estonian-led exercise, Hedgehog (Siil) 22 and the NATO-led exercise Neptune Shield.

“Our time in the Baltics and the High North was particularly valuable,” 22nd MEU commander Merida said.
“I believe future East Coast MEUs will find the High North and the Baltics not only a challenging training environment but a region full of very capable friends and allies.” 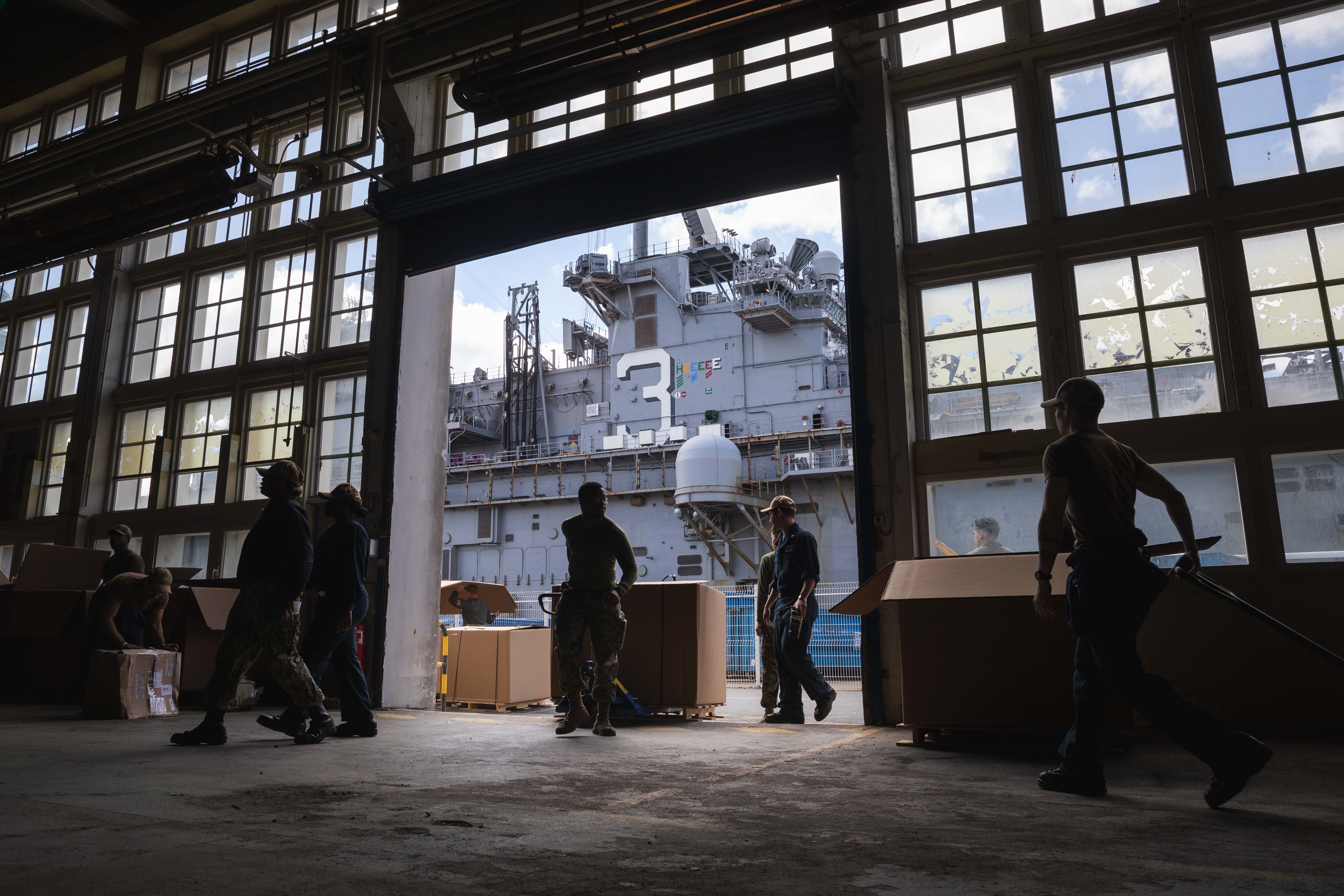 Marines and Sailors sort mail delivered to the Wasp-class amphibious assault ship USS Kearsarge (LHD-3) while in port in Brest, France on July 5, 2022. US Navy Photo

The entire ARG/MEU returned to the Baltic in August and September for quickly planned exercises with Finland, Sweden and Standing NATO Maritime Group ONE (SNMG 1).

“The deployment marked the first time an ARG/MEU maintained a six-month presence in the Baltic region in over 20 years,” reads a statement from the MEU.

Following the return of the 22nd MEU to North Carolina, Kearsarge and Arlington will shortly return to their home port at Naval Station Norfolk, Va., while Gunston Hall will return to Joint Expeditionary Base Little Creek-Fort Story, Va., USNI News understands.

The deployment marked a break from two decades of East Coast ARG/MEU missions that focused on supporting operations in U.S. Central Command. Since the U.S. withdrawal from Afghanistan, the focus of major U.S. naval formations has been on Europe and the Western Pacific. The recently returned Harry S. Truman Carrier Strike Group scrubbed plans for a slate of missions in the Middle East to take up a constant position in the Mediterranean Sea. Likewise, the George H.W. Bush CSG has continued on station in the Mediterranean as the Russian invasion of Ukraine continued.