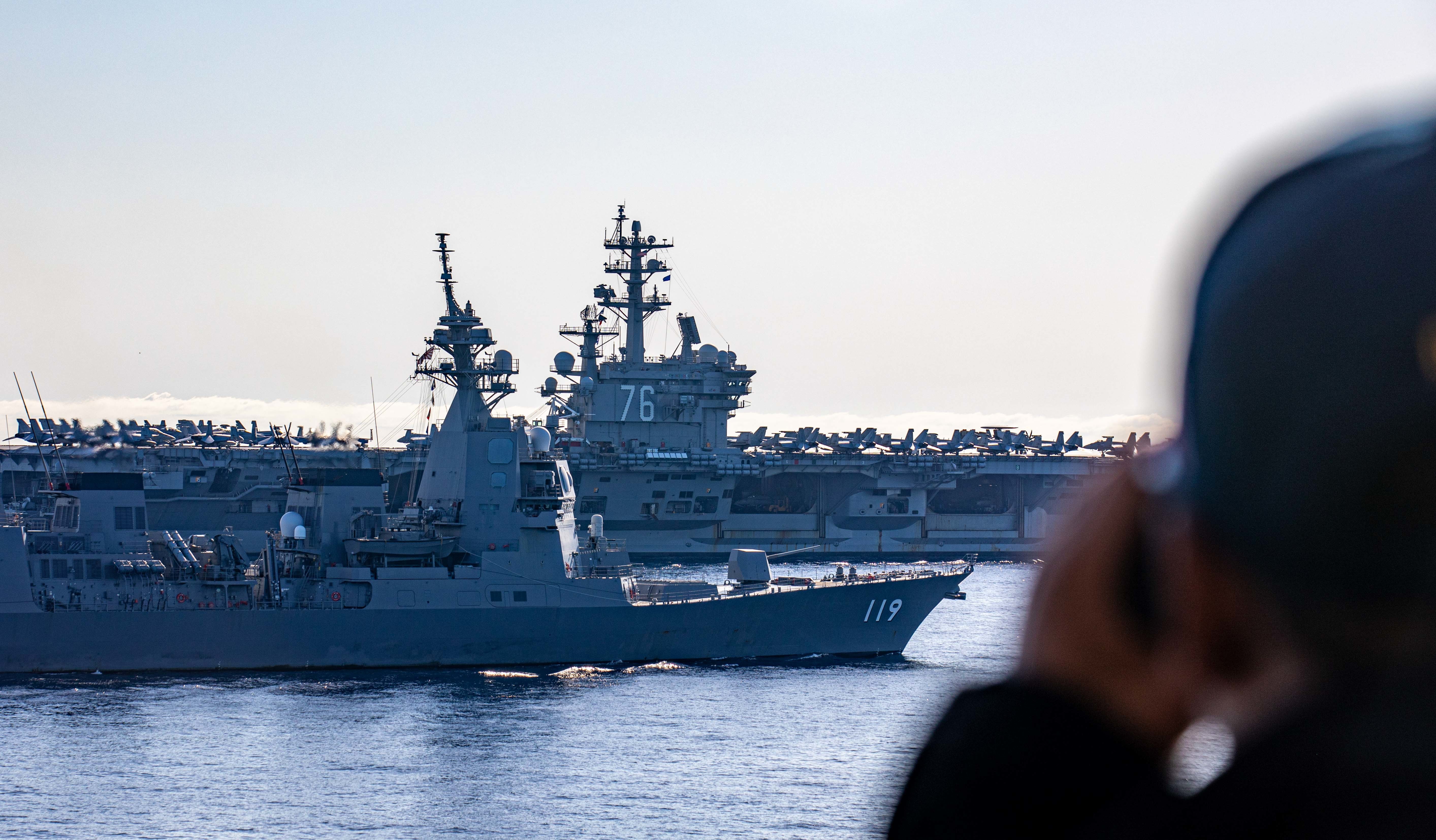 The Reagan Carrier Strike Group is now in the Sea of Japan following the launch of a North Korean ballistic missile earlier this week, a U.S. defense official confirmed to USNI News on Wednesday.

Moving the carrier off the coast of the Korean Peninsula follows the Tuesday launch of a North Korean intermediate-range ballistic missile over the Japanese home islands — the first test since 2017. The suspected Hwasong-12 missile flew about 2,800 miles and landed in the Pacific Ocean, South Korean and Japanese officials said yesterday.

The confirmation of the carrier move to USNI News by U.S. follows an early morning announcement from the Republic of Korea Joint Chiefs of Staff.

“[USS Ronald Reagan (CVN-76)] is scheduled to deploy again today — Wednesday, Oct. 5 — to the high seas of the East Sea,” reads a translation of the statement — referring the Sea of Japan as the East Sea — obtained by USNI News on Wednesday.
“The redeployment of the carrier strike group on the Korean Peninsula is very unusual and demonstrates the resolute will of the RoK-U.S. alliance, to strengthen the ROK-U.S. alliance’s readiness posture against successive North Korean provocations and to respond decisively to any provocations and threats from North Korea.”

The move of Reagan follows two show of force flights from U.S., Korean and Japanese fighters on Tuesday immediately after the missile launch, USNI News reported

Earlier this week, Reagan was operating east of Japan after drilling with Japanese and Republic of Korea warships late last month, according to USNI News Fleet and Marine Tracker.

A South Korean reprisal launch with its own Hyumoo-2 ballistic missile failed on Wednesday with the missile crashing inside an RoK air force base near the city of Gangneung, reported The Associated Press.