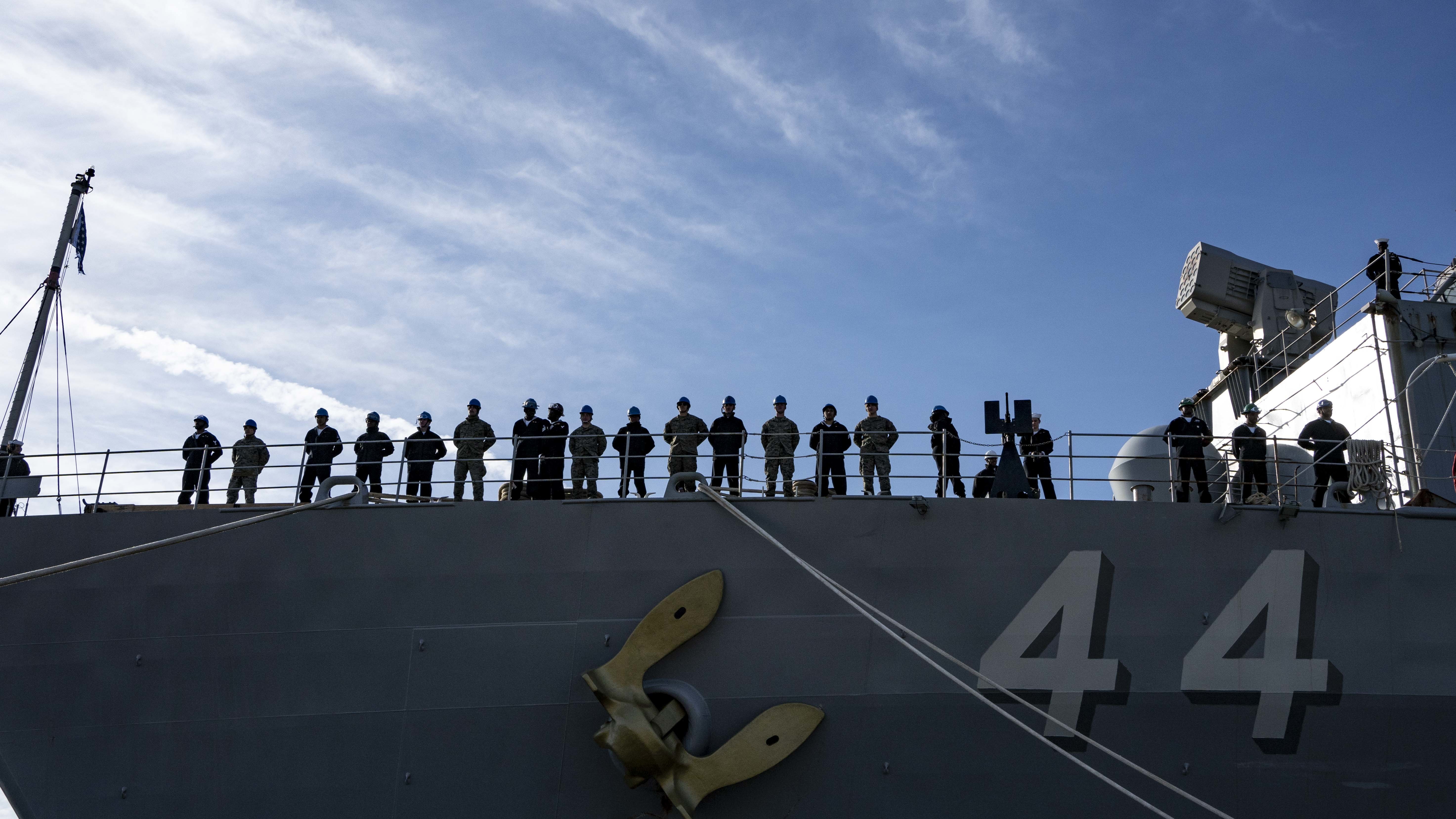 Over the next year, the Navy will hire 82 workers to help provide the service with more resources for addressing military sexual assaults, the undersecretary of the Navy told the House Armed Services Committee on Wednesday.

Raven said that the Navy suffered a delay in hiring due to the continuing resolution that restricted funds the service could use to fill the jobs.

The Department of Defense has hired 400 of the prevention professionals in the past several months, said Andra Tharp, senior prevention advisor with the Sexual Assault Prevention and Response Office, during a Sept. 1 briefing on the annual military sexual assault report. The DOD plans to hire 2,000 more to be placed at military installations within the U.S. and around the world over the next couple of years.

Prevention workers are Department of Defense employees that are meant to help leaders identify and reduce military sexual trauma risks, according to a Sept. 1 memo from Secretary of Defense Lloyd Austin. The workforce comes from recommendations of the Independent Review Commission set up to address sexual assault in the military.

The positions are also expected to help with other personal issues like suicide, child abuse, intimate partner violence and harassment, Tharp said.

Over the past year, the Department of Defense worked to develop a model and infrastructure for the workforce, she said. Once the prevention workers are hired, they are to be trained within 90 days, according to Austin’s memo.

“These individuals will be looking for these very climate factors that we talked about because in one community, it might be sexual harassment, in another community, it might be workplace hostility,” Tharp said in September. “And the specific approach that you would apply might look different in those two situations. So these individuals will really understand where the risk is, and then advise leaders on research-based, evidence-based approaches that they can use to get after it, and then work across the different prevention stakeholders to implement it, but then also evaluate to ensure that what we’re doing is actually having the intended effect and so that we can course correct if we need to.”

The prevention workers hired by the Navy will help relieve the strain placed on Navy employees who are being asked to handle these types of responsibilities on top of other duties, Raven said.
The service is focused on sending the newly hired workers to areas with large Navy populations, like Hawaii, San Diego, Calif., and Norfolk, Va., he said.

The Air Force, which had the best prevalence rates among the services, with 5.5 percent of women and 1 percent of men saying they experienced unwanted sexual contact in 2021, is the farthest along in hiring for the prevention workforce, as well as the special trial counsel that is also being implemented across the services, said Rep. Jackie Speier (D-Calif.), during Wednesday’s hearing.

The Air Force will have 227 prevention officers in place by the end of the fiscal year, Gina Ortiz Jones, undersecretary of the Air Force, testified. The air service also has 19 special trial counsels in place already, with 32 expected by December 2023.

“So let me just be clear, every major installation currently has one prevention specialist there,” Ortiz Jones said. “Now we will move to four.”

The most recent Sexual Assault and Prevention Report released by the Department of Defense showed one out of 10 female sailors reported unwanted sexual contact in Fiscal Year 2021, USNI News previously reported.

For male sailors, 2.1 percent of them reported unwanted sexual contact in the past fiscal year, the worst of the service branches, excluding the Coast Guard, which does not fall under the Department of Defense.

The Navy does not know what caused the prevalence rate among male sailors, Lt. Cmdr. Devin Arneson said in a statement to USNI News. The Navy also saw a 9.2 percent increase in sexual assault reports between FY 2021 and FY 2020.

“While the increase may reflect a spike in sexual assault incidents, increased reporting could be indicative of a rise in confidence in the Navy’s SAPR program and a higher level of trust in the reporting process,” Arneson said.

Trust is one area that the prevention workforce and the special trial counsels are meant to address, said Under Secretary of Defense for Personnel and Readiness Gilbert Cisneros, during Wednesday’s HASC hearing.

As part of the campaign, the sea service started command resilience teams that will, “improve the effectiveness of the command’s climate improvement efforts by using the principles of primary prevention, organizational human factors, and management techniques for stress control and team building,” she said.