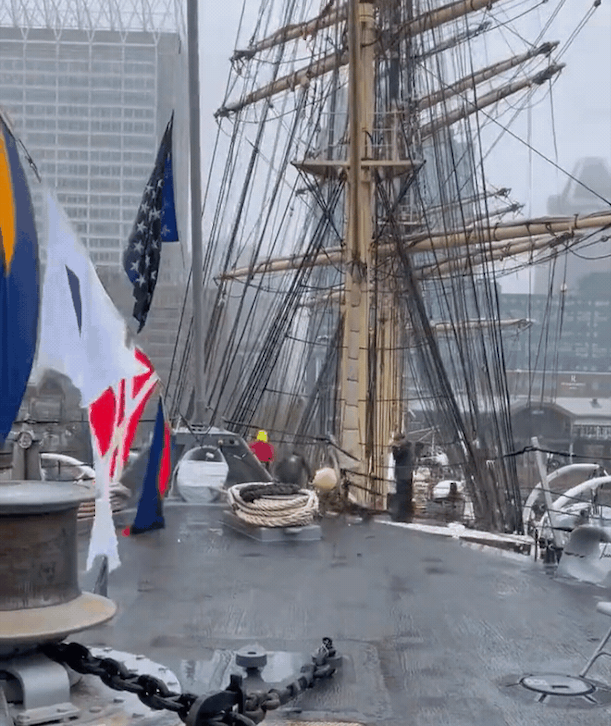 A Danish training ship hit one of the U.S. Navy’s Littoral Combat Ships in the Baltimore Inner Harbor on Sunday, USNI News has learned.
The Royal Danish Navy’s Danmark hit USS Minneapolis-Saint Paul (LCS-21) while the Freedom-class LCS was moored at the Baltimore pier for Fleet Week. No U.S. sailors were injured during the incident, according to the Navy.

Video of the incident shows the jibboom of the sailing ship crunching into the bow of the LCS.

“No U.S. Navy personnel were injured and no serious damage sustained onboard USS Minneapolis St. Paul (LCS 21) when the Danish training ship Danmark made contact with the moored LCS while the Danish ship was getting underway from the Baltimore Inner Harbor Sept 11, 2022. The ships were in port taking part in what has been a fantastic week in Baltimore for Maryland Fleet Week and Flyover Baltimore,” a spokesman for the U.S. Navy said in a statement.

The Danmark first stopped in Baltimore in 1939, according to a report in The Baltimore Sun. The ship was still visiting the United States when Nazi Germany attacked Denmark, requiring the Danmark to remain in the U.S.