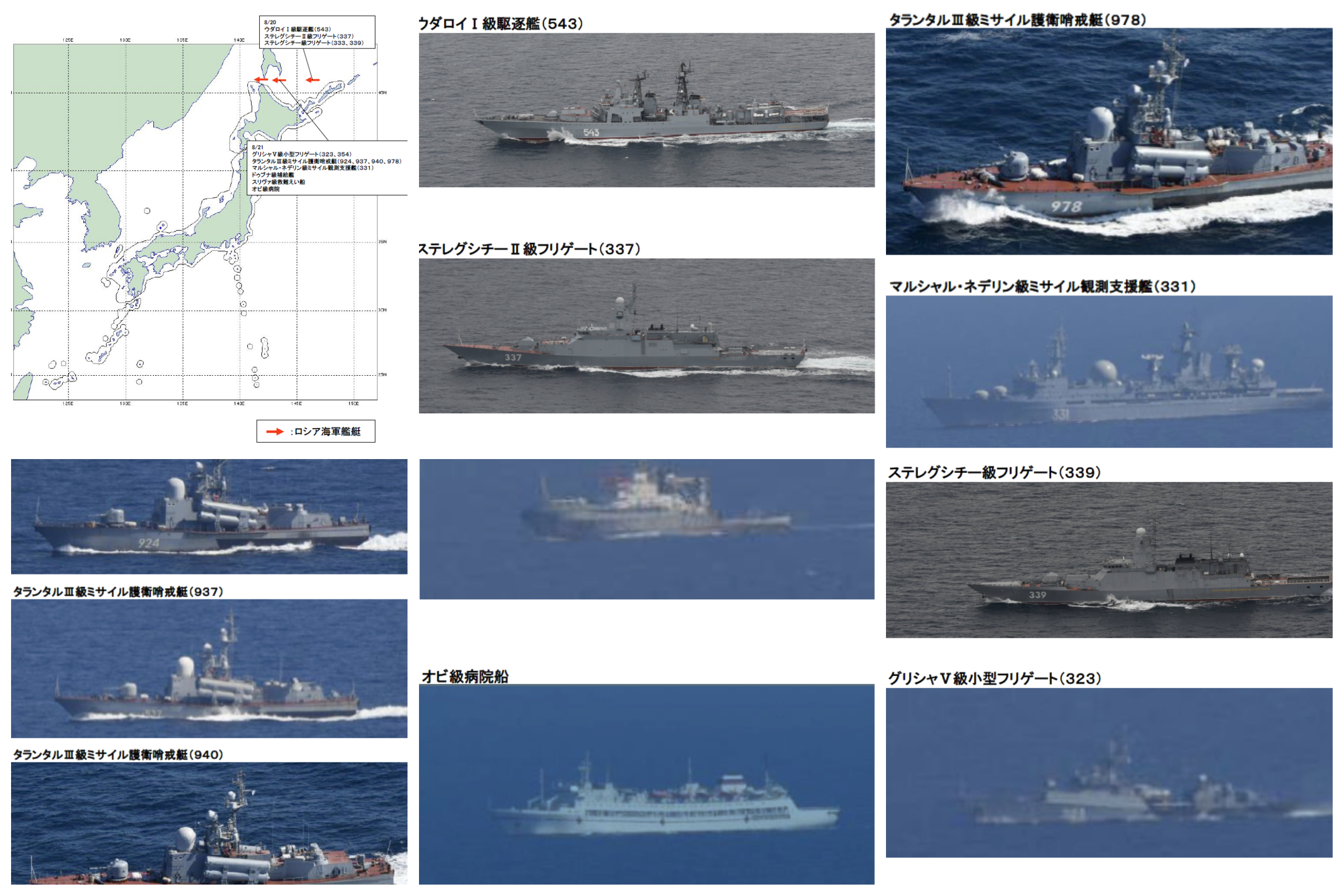 A group of 14 Russian Navy ships transited through La Pérouse Strait from the Western Pacific Ocean into the Sea of Japan ahead of Russian military drills scheduled to start next week, the Japan Ministry of Defense said on Monday.

La Pérouse Strait is an international waterway which divides the Russian island of Sakhalin and Japan’s island of Hokkaido. The strait is routinely transited by Russian Pacific Fleet ships moving between the Sea of Japan and Sea of Okhotsk as both seas form part of the fleet operational areas. Japan monitors closely the activities of Russian and Chinese naval vessels nearby. Japan’s then Defense Minister Nobuo Kishi said in June that the actions of Russian and Chinese navy surface action groups operating around Japan in that month were designed to unnerve Tokyo.

All 14 Russian ships are assigned to Russia’s Pacific Fleet and likely are heading to take part in the Vostok-2022 strategic military exercise that will run from Aug. 30 to Sept. 5. On July 28, Japan it asked Russia to not to conduct the drills in the four southern Kuril Islands claimed by Japan and occupied by Russia. China announced earlier this month it would participate in the Russian exercise alongside India, Belarus, Tajikistan, and Mongolia.

“The Chinese military’s participation in the exercise is unrelated to the current international and regional situation, but designed to deepen practical and friendly cooperation with the militaries of participating countries, enhance the level of strategic coordination and strengthen the ability to cope with various security threats,” the Aug. 17 release said.

On Monday, the JSO said on Sunday, the Russian corvette RFS Gromkiy (335) was sighted sailing eastward approximately 168 miles west of Fukue Island and then sailed north through the Tsushima Strait into the Sea of Japan. Fast attack craft JS Shirataka (PG-829) and a JMSDF P-1 MPA of Fleet Air Wing 4 stationed at Naval Air Facility Atsugi, Honshu monitored the Russian corvette and reported the ship had been sighted sailing southwest through the Tsushima Strait on August 12. Gromkiy had sailed to Qingdao in China to take part in the Sea Cup competition which began from Aug. 17 and concluded on Sunday. The Sea Cup is a competition among surface ships and part of the Russian organized International Army Games 2022 which concludes on Aug. 26.