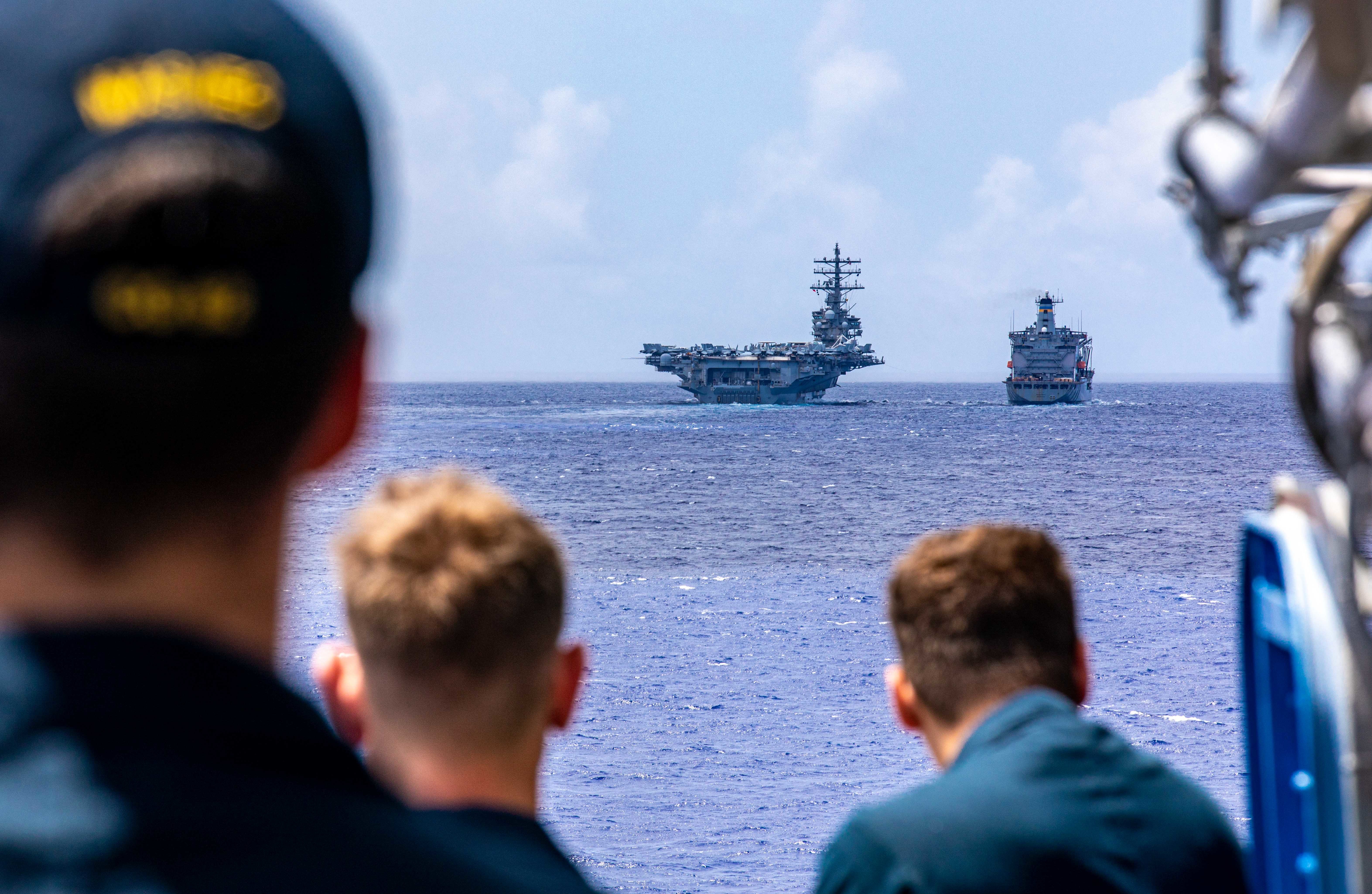 Sailors on the bridge wing of Ticonderoga-class guided-missile cruiser USS Chancellorsville (CG-62) observe a replenishment-at-sea between the USS Ronald Reagan (CVN-76) and USNS Rappahannock (T-AO-204) in the Philippine Sea on Aug. 12, 2022. US Navy Photo

USNI News confirmed ship spotter reports that the carrier had returned to its Japan homeport. The forward-deployed carrier will now start its annual maintenance period at Fleet Activities Yokosuka, a Navy official confirmed to USNI News.

After departing for its patrol on May 20, Reagan was active in the Philippine and South China seas during its three months underway, according to the USNI News Fleet and Marine Tracker.

In mid-June Reagan and Carrier Strike Group 5 linked up with carrier USS Abraham Lincoln (CVN-72) and amphibious assault ship USS Tripoli (LHA-7) for the American exercise Valiant Shield near Guam. Following the drills, Reagan entered the South China Sea in July. The carrier made a port call in Singapore on July 22 – the first for the carrier since 2019.

Following the port visit, Reagan made a swift transit across the South China Sea and took up station along with Tripoli at the western edge of the Philippine Sea ahead of U.S. House Speaker Rep. Nancy Pelosi’s (D-Calif.) visit to Taiwan in early August.

Following Pelosi’s visit, the Chinese military kicked off a provocative series of air and naval drills near Taiwan. Tripoli and Reagan stayed on station as the drills progressed.

Reagan will now start its annual maintenance period. Unlike carriers based in the U.S. that deploy on the 36-month Optimized Fleet Response Plan cycle, Reagan has a yearly repair period and typically goes on two three-month patrols each year.

The following is the composition of the Strike Group when it embarked on its patrol.

Destroyer Squadron 15 is based in Yokosuka, Japan, and is embarked on the carrier.