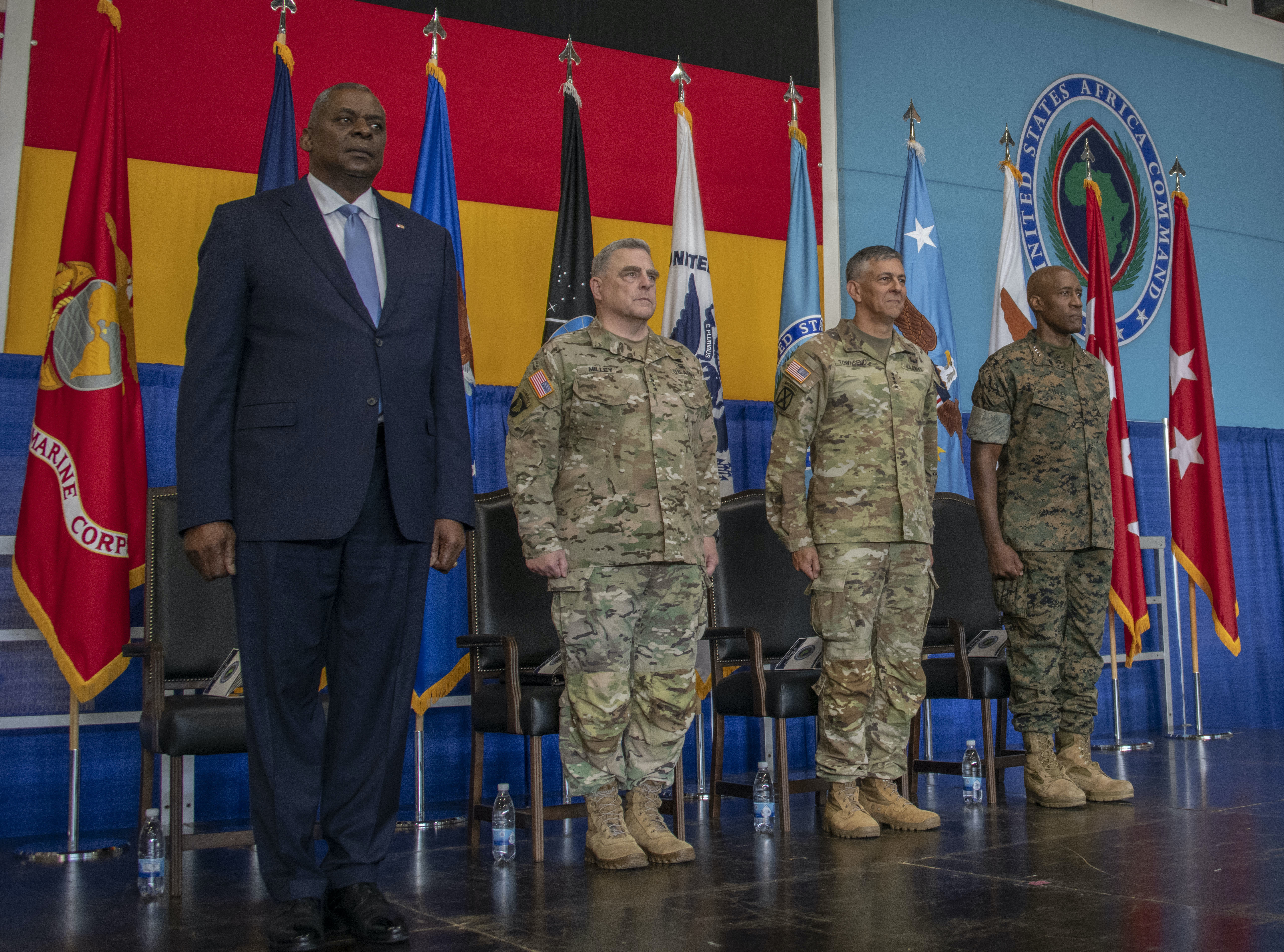 The first Black four-star Marine general assumed command of the U.S. Africa Command during a Tuesday ceremony in Germany.

Gen. Michael Langley is now the sixth commander of the U.S. Africa Command, which was formed in 2008, according to a statement. The Senate confirmed his nomination at the beginning of the month, USNI News previously reported.

“I look forward to taking on the mantle of leading these talented professionals here at AFRICOM and across our component as we work shoulder to shoulder with our allies and our partners to advance peace and prosperity for both Africa and American homeland,” Langley said during the change of command ceremony.

“This one’s for you, Dad,” Langley said.

As the leader of AFRICOM, Langley plans to build strategic partnerships through a whole of government approach, he said.

Langley takes over the position from Army Gen. Stephen Townsend, who is retiring after four decades in the service.

“No assignment of the past 40 years has given me greater professional challenge and fulfillment for more personal growth and leading the men and women of USAFRICOM,” Townsend said during the ceremony.

Leading a command for a continent much larger than the continental United States meant a new trial every day, he said. The African continent cannot be ignored by America, and Townsend said that he was confident that the military was not after hearing sentiments by Gen. Mark Milley, chairman of the Joint Chiefs of Staff, and Secretary of Defense Lloyd Austin, both of whom were present at the ceremony.

“Africa’s future will have global impact,” Townsend said. “We must continue to work shoulder to shoulder with our allies, with our partners across the continent to secure enduring peace and prosperity for Africa and for America. America’s future security, and I believe our prosperity, depends on a more secure and more prosperous Africa.”

Townsend will leave his position confident that Langley will be able to take up the helm, Townsend said.

Austin, who nominated Langley for the position, said he was proud to oversee the ceremony, especially given its historic nature.

“You are supremely qualified to take on this challenge. And you will bring to bear your tremendous experience—from commands in Okinawa and Afghanistan to serving as J5 director at CENTCOM and many, many other vital assignments,” Austin said in his remarks. “And I know that AFRICOM will benefit from your superb credentials and your outstanding leadership.”

Austin highlighted the challenges facing Africa, including the Al-Shabaab and recent work in Somalia to combat it. Despite AFRICOM being a younger command, it is an important one, Austin said.

“The continent is on the front lines of many of this century’s most pressing threats—from mass migration to food insecurity, from COVID-19 to the climate crisis, from the drumbeat of autocracy to the dangers of terrorism,” he said. “These challenges threaten us all together. And so we must tackle them all together. And that’s just what AFRICOM does.”