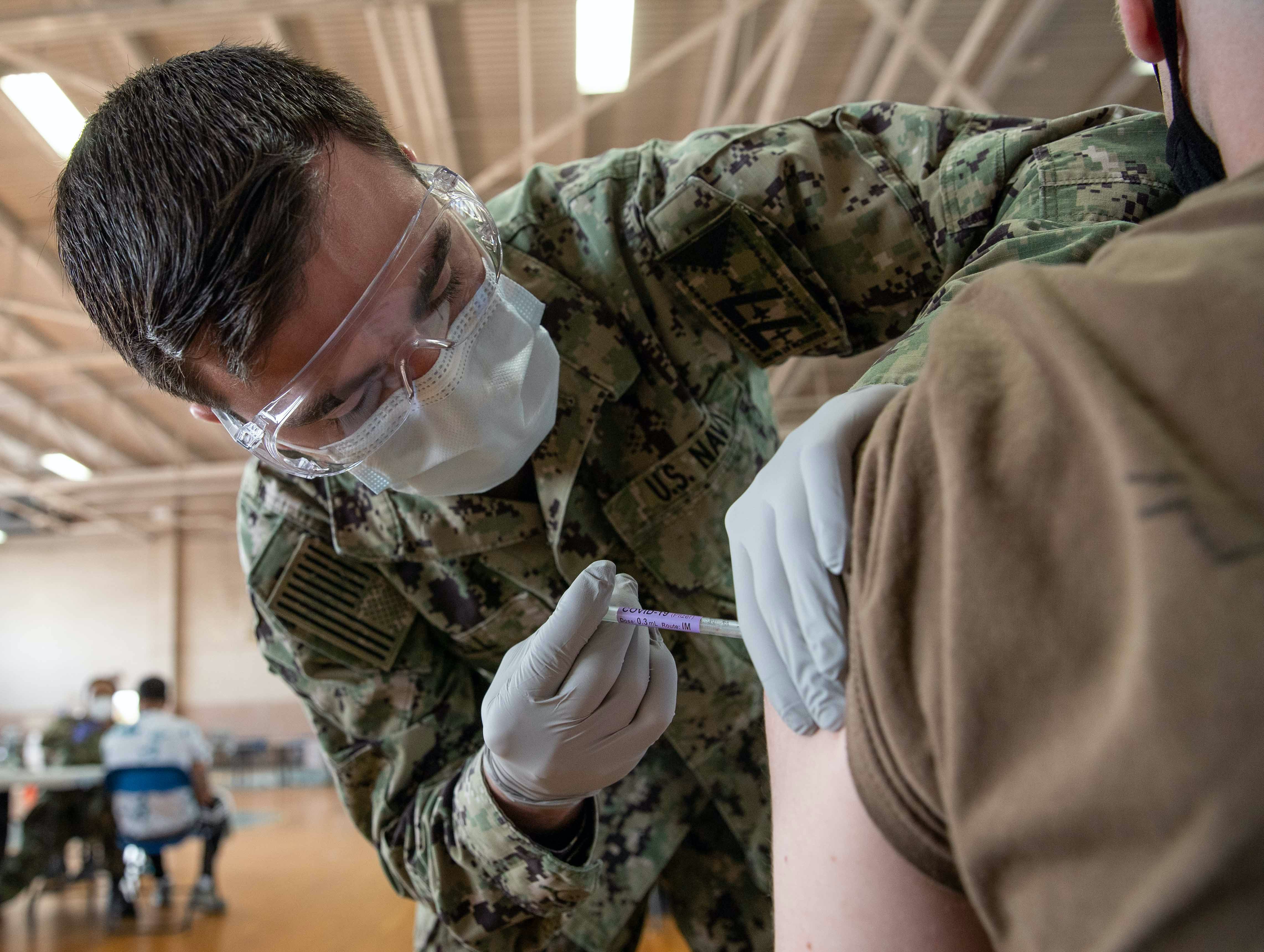 This story has been updated with additional information from the Office of the Chief of Naval Personnel.

The Navy separated 259 sailors for their refusal to get vaccinated against COVID-19 in the last month, according to the Navy’s monthly COVID-19 update.

Of the total 1,466 separations, 1,121 are active-duty sailors, while 323 are reservists. Another 22 separations are sailors who were in their first 180 days of service.

The Navy has the second highest number of separations of the Department of Defense military branches. The Marine Corps, which leads the services, has separated more than double the number of service members.

As of the last Marine Corps update, published on June 6, the service had separated 3,069 Marines.

The Army has the third highest, with 1,379 separations, slightly below the Navy, it announced July 22. The Air Force has the fewest separations at 834, according to its July 12 update.

The Navy is not able to separate any sailors who have requested a religious exemption to the COVID-19 vaccine due to a ruling in the Fifth Circuit. The Department of Defense has filed an appeal in the case, according to court records.

The Navy received 3,371 requests for religious waivers from active-duty sailors and 873 from reservists. The service has granted 13 religious accommodations to members of the Individual Ready Reserve on the condition that they get vaccinated if called to active-duty or reserve status.

It also granted 43 religious waivers to sailors who are the process of retiring or leaving the service.

Since the beginning of the pandemic in early 2020, there have been 102,697 cases of COVID-19 among sailors, according to the Navy statistics, resulting in 17 deaths.

There are 3,147 active-duty and 3,432 reserve sailors who are unvaccinated.