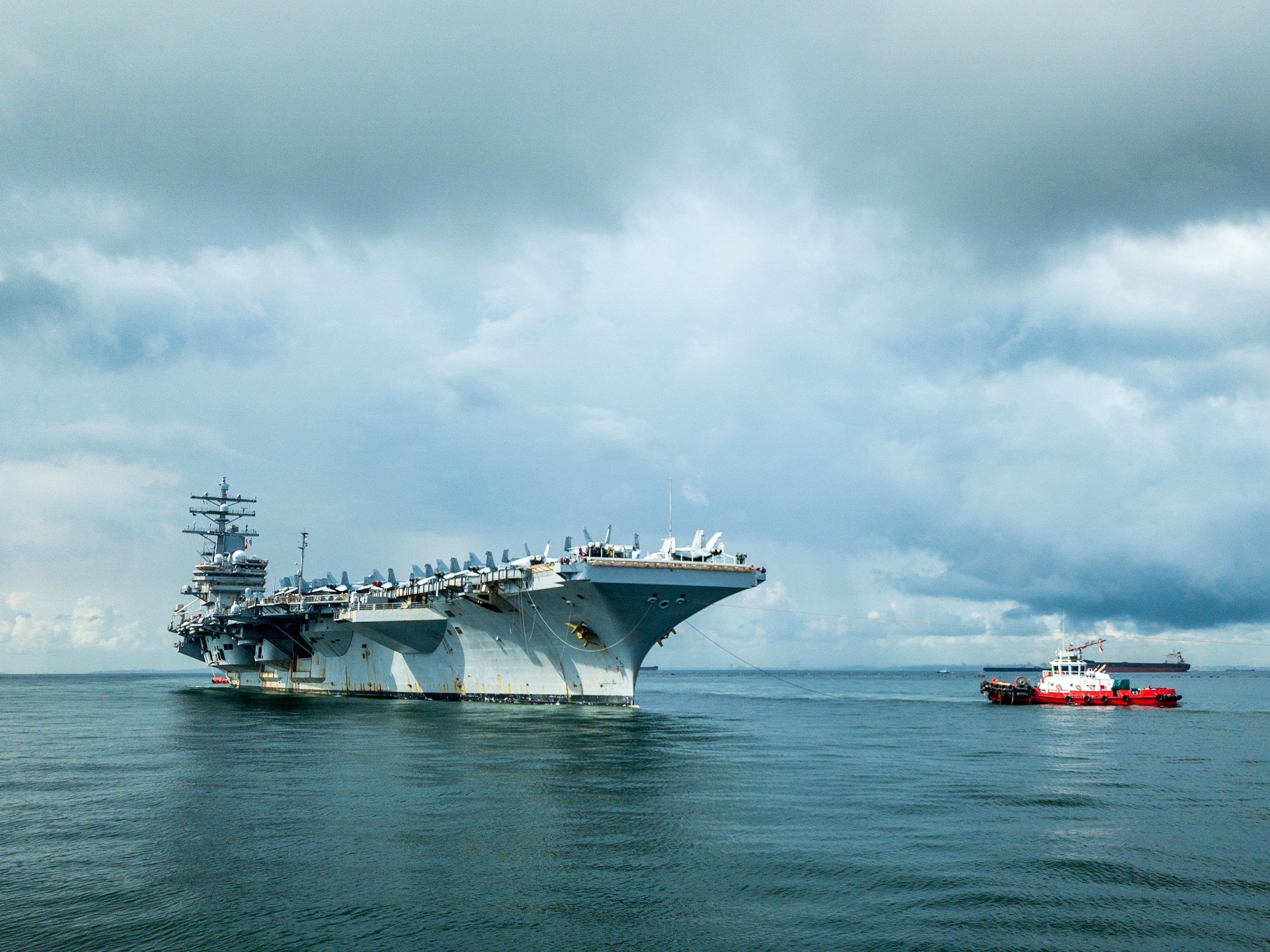 USS Ronald Reagan (CVN-76) pulled into Singapore last week for its first port visit to the nation in three years, the Navy announced.

The carrier, which is forward-deployed in the region and based in Yokosuka, Japan, pulled into Singapore on Friday with one of its escorts, cruiser USS Antietam (CG-54), according to a U.S. 7th Fleet news release.

“Prior to arrival, USS Ronald Reagan operated in the South China Sea where it conducted maritime security operations, including flight operations with fixed and rotary-wing aircraft, maritime strike training, coordinated tactical training between surface and air units, as well as replenishments and fueling at-sea,” the release reads.

As Reagan left Yokosuka for its annual spring patrol in May, both the Russian and Chinese navies were active in the Indo-Pacific region, particularly around Japan, USNI News previously reported. While their activity has waned in recent week’s, both the Russian Navy and the People’s Liberation Army Navy had ships operating near Japan last week.

Reagan‘s visit to Singapore comes as U.S. Navy ships have started making port calls again after two years of the COVID-19 pandemic, which prevented ships from their usual port stops.

“Ronald Reagan Sailors and those embarked from Carrier Air Wing 5, Destroyer Squadron 15 and the entire strike group have shown their drive and dedication to the mission in the South China Sea, proving our commitment to a free and open Indo-Pacific region,” Rear Adm. Michael Donnelly, the Carrier Strike Group 5 commander, said in the news release. “The chance to make port in Singapore underscores the value of visits with our allies and partners in the region that enable us to work together and build impactful, trusting relationships that only our presence can foster.”