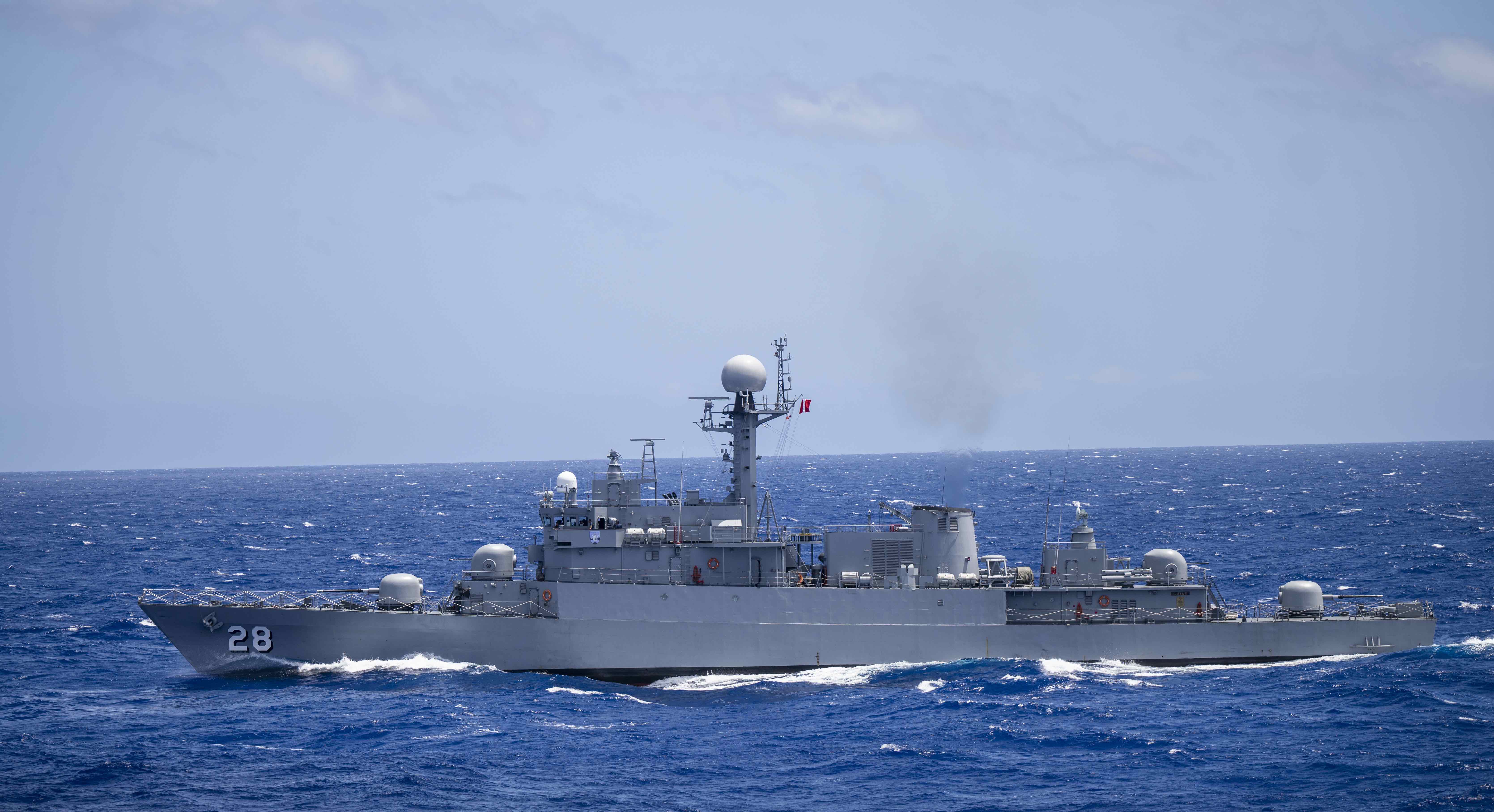 Peruvian Navy corvette BAP Guise (CC-28) makes a pass during a ship maneuvering exercise during Rim of the Pacific (RIMPAC) 2022 on July 13, 2022. US Coast Guard Photo

This story has been updated to include a statement from the Peruvian Navy.

At least two people were injured in a fire that burned for several hours on a Peruvian warship participating in RIMPAC 2022, a Navy official said Sunday.

A statement from the Peruvian Navy identified the ship as BAP corvette Guise (CC-28).

A fire broke out in the engine room at 8 a.m. local time and was extinguished by 1:40 p.m., Cmdr. Sean Robertson, RIMPAC spokesperson, said in a statement.

Two personnel, in “critically stable” condition, were evacuated from the Combined Task Force surface vessel by a French helicopter from frigate FS Prairial (F731), Robertson said. They were taken to U.S. Coast Guard cutter USCGC Midgett (WMSL-757) then to carrier USS Abraham Lincoln (CVN-72) and then to shore.

The two crew members suffered burns and are being treated at a Honolulu hospital, according to the Peruvian release. The Peruvian Navy has started an investigation into the fire.

U.S. Safeguard-class rescue and salvage ship USNS Grasp (T-ARS-51) left Joint Base Pearl Harbor-Hickam, according to ship spotters. RIMPAC officials would not confirm if Grasp was dispatched to assist the stricken ship.

The following is the complete Sunday statement from the RIMPAC spokesperson.

“As of 1:40 p.m. HST, the fire in the engine room aboard a Combined Task Force surface vessel is now extinguished. Two critically stable patients were evacuated from the ship by a helicopter from French navy frigate FS Prairial (F731) to USCGC Midgett (WMSL 757), and have since been transferred ashore by U.S. Navy helicopter from USS Abraham Lincoln (CVN 72).”