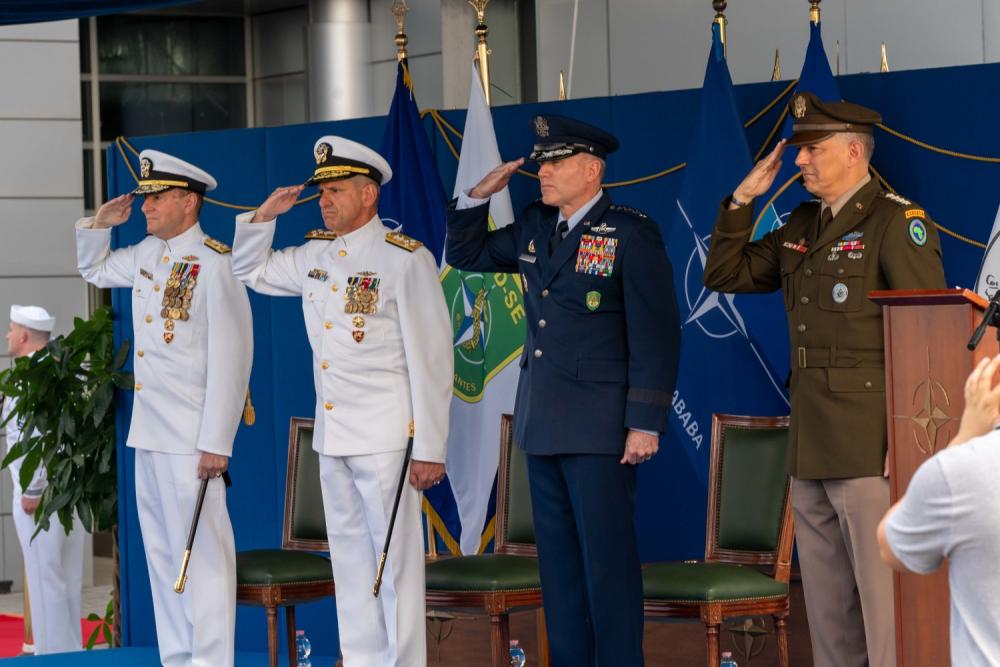 During the change of command ceremony, Munsch remarked that Naples was his father’s favorite place to visit because of the people and the food.

“In some way, this tour represents coming full circle for me. My father was in the Navy for one enlistment, but it gave him a lifetime of stories,” Munsch said, according to the Navy’s news release.

As commanding officer of Naval Forces Europe-Africa, Munsch will need to be ready to respond to the ongoing Russian invasion of Ukraine, a task his predecessor started.

That response to the invasion was Burke’s “most important task,” Wolters said, according to the news release.

“For me as the [Supreme Headquarters Allied Powers Europe] Commander, the single human being on planet earth that is most responsible for deterring our sovereign soil and the effectiveness that we’ve been able to sustain to this point is Bob Burke,” Wolters said in the release.

Burke enhanced interoperability with NATO partners as the commanding officer of NAVEUR. Under his leadership, the U.S. participated in exercises like BALTOPS and Formidable Shield, as well as those that have been a part of the Project Neptune series.

“Together, you are maintaining an unprecedented level of activity throughout the European Command and Africa Command areas of responsibility and demonstrating that our collaborative network at sea remains the Joint Force’s asymmetric advantage,” Burke said in the release.