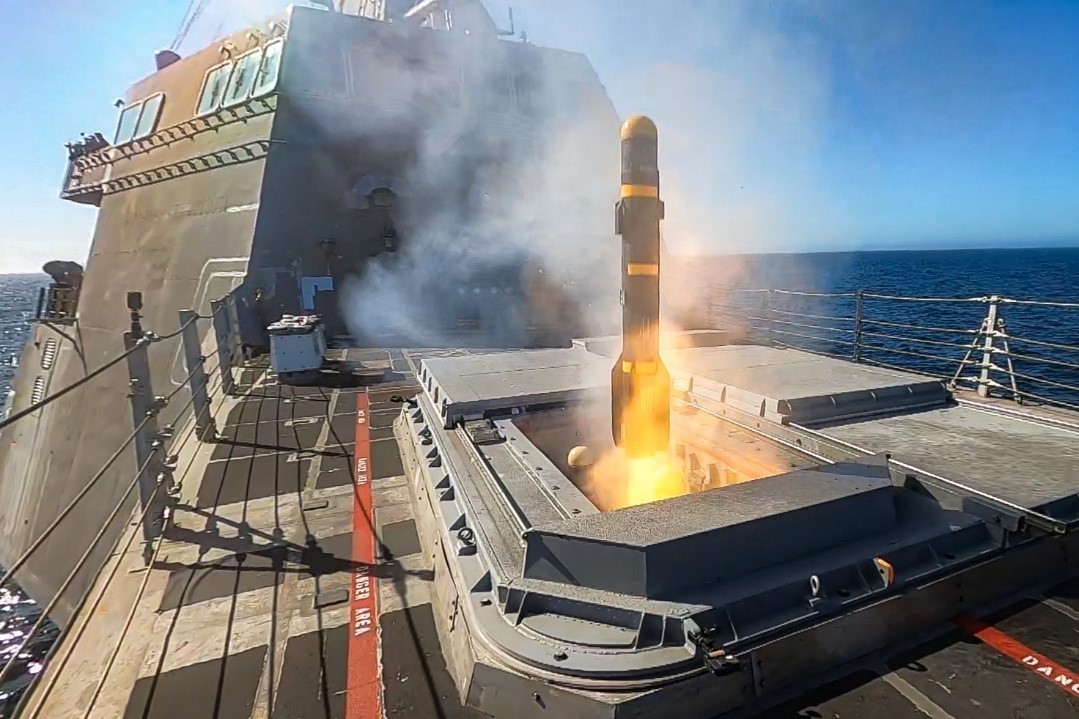 USS Montgomery (LCS-8) launched the AGM-114L Longbow Hellfire missiles in the Pacific Ocean, the service said in a news release. The missiles, with a range of about five miles, make up the LCS surface-to-surface mission module, one of the three original components of the LCS mission package.

“This test proved the critical next step in increasing lethality of the Littoral Combat Ship,” Cmdr. Dustin Lonero, the commanding officer of the ship, said in a Navy news release. “Using our speed and shallow draft, we are now uniquely optimized to bring this level of firepower extremely close to shore in support of our warfighters and operators on the beach.”

The Navy in 2019 wrapped up the structural testing required to ensure the LCS could fire the Hellfire missiles, USNI News reported at the time.

The Hellfires replaced the Navy-Army joint Non-Line of Sight Launch missile system (N-LOS) that Navy officials initially planned to put onto the LCS in 2014, USNI News reported at the time.