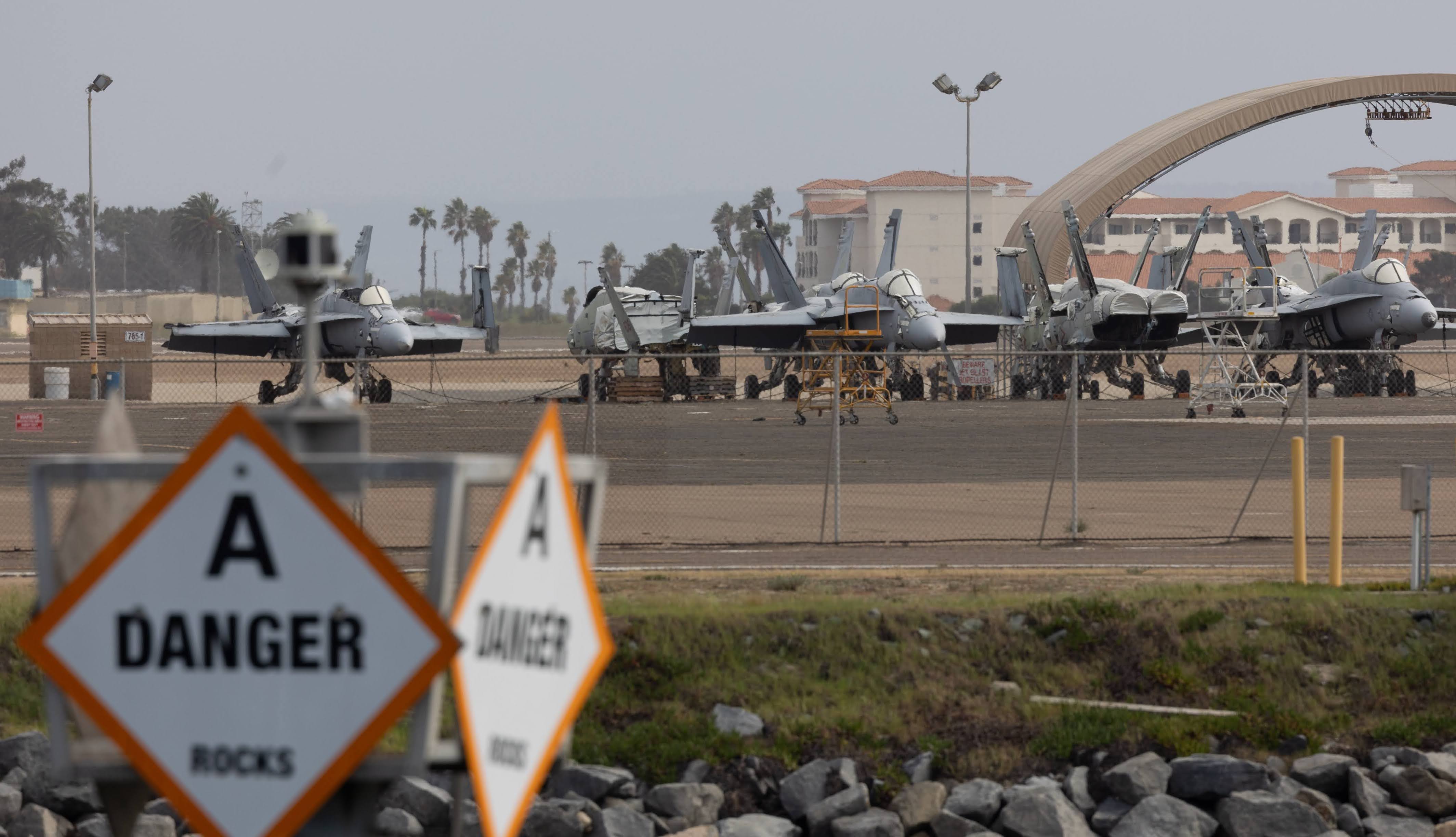 Despite recent projections that it would eliminate strike fighter gaps in the next three years, the Navy now won’t have enough jets to train and deploy efficiently until 2031, two lawmakers said today.

Norcross, the chairman of the panel, noted the committee was “skeptical” of the Navy’s previous projection that it could get rid of its fighter gaps by 2025.

“And one year later our skepticism proved warranted and the Navy now informs us that the strike fighter shortfall will not be resolved until six years later in 2031 because of further unplanned reductions in F-35 purchases [and] the reduced aircraft inductions into the F/A-18 modification program,” Norcross said, referring to the Block II F/A-18E-F Super Hornets entering the Service Life Modification program meant to upgrade the aircraft to a Block III configuration.

Hartzler, the ranking member of the panel, said the Navy would “have a strike fighter shortfall through Fiscal Year 2031.”

“With China on a determined path to match and surpass the capabilities and capacity of western air forces, sacrificing operational readiness and accepting exceptional near-term risk for future longer-term modernization development is unfortunately no longer a luxury that the united states possesses,” Hartzler said.
“The large number of proposed near-term aircraft divestments coupled with decreased procurement numbers in both the Air Force and Navy budget proposals in [the Future Years Defense Program] raise concerns that the services are being forced to use their tactical aircraft fleets as bill payers for other modernization priorities,” she added, referring to the Pentagon’s five-year budget outlook.

Asked what the strike fighter inventory would be in 2027 or 2028 should a hypothetical conflict with China occur, Rear Adm. Andrew Loiselle, the head of the chief of naval operation’s air warfare directorate (OPNAV N98), said he could not provide a number. But Loiselle did acknowledge the projection for eliminating the strike fighter gap had changed from last year.

Navy officials as recently as March continued to say the service could mitigate the fighter gaps by 2025. That goal had moved up a previous projection by five years, from 2030.

But the House Armed Services Committee has not been convinced of the Navy’s math for some time and included language in the Fiscal Year 2022 policy bill calling the analysis into question. The committee has cited the Service Life Modification program’s backlog, the removal of 104 aircraft from the SLM program, fewer F-35C Lightning II Joint Strike Fighter purchases than previously predicted, and the delayed timeline for the F/A-XX program as reasons why the Navy’s math in eliminating the gap by 2025 did not add up.

The Navy also took away the combat-coded mission from its reserve squadrons, a move that a HASC aide previously told USNI News was a way for the service to reduce its force structure requirement for strike fighters and mitigate the fighter shortfall sooner.

Asked about the reserve squadrons on Wednesday, Loiselle said the Navy would instead use off-cycle aircraft to meet missions and deploy as needed.

“Our predominant response — should reserves be required — are to take a squadron or an aircraft from an off-cycle air wing that is outside of their sustainment window and utilize those aircraft as necessary to support frontline air wings. They all go through their maintenance cycle,” he said.