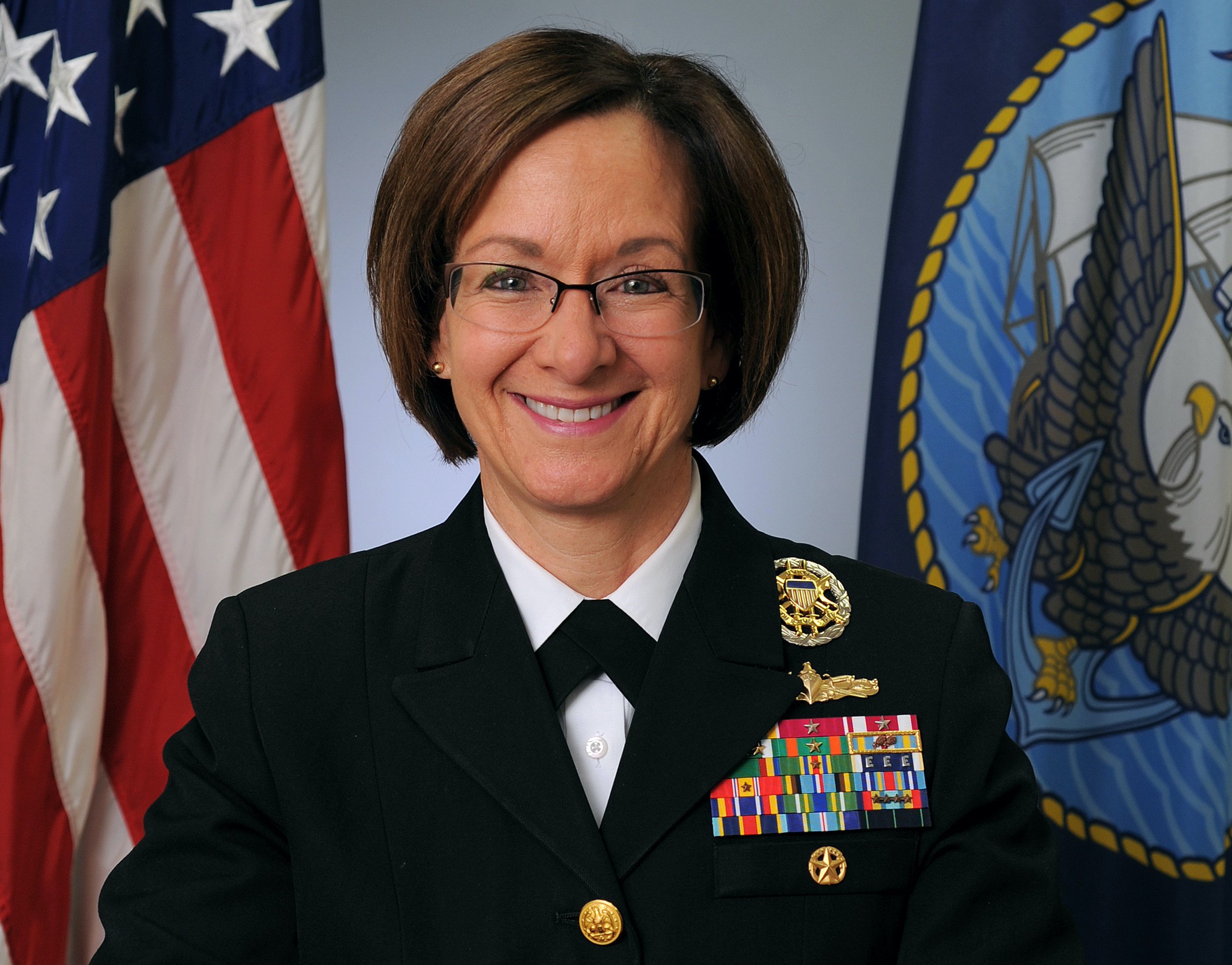 A career surface warfare officer has been tapped to serve as the second highest-ranking officer in the Navy and the second female four-star in the service’s history, the Pentagon announced on Tuesday.

Vice Adm. Lisa Franchetti, if confirmed by the Senate, will succeed current Vice Chief of Naval Operations Adm. William Lescher, who is expected to retire following his current tour.

Franchetti, currently the head of the J5 Strategic Plans and Policy on the Joint Staff, is expected to eventually succeed current CNO Adm. Mike Gilday as the service’s top officer when Gilday retires in 2023, several defense officials have told USNI News over the last several months.

She is a native of Rochester, N.Y., and was commissioned in1985 through the Naval Reserve Officer Training Corps Program at Northwestern University, where she earned a journalism degree.

Current U.S. 3rd Fleet commander Vice Adm. Stephen Koehler was nominated to succeed Franchetti as the J5 after leading the West Coast fleet for less than a year.

Koehler is a career fighter pilot whose commands at sea include the “Pukin’ Dogs” of (VFA) 143, USS Bataan (LHD-5), USS Dwight D. Eisenhower (CVN-69) and Carrier Strike Group 9. He commissioned through the Naval Reserve Officer Training Corps (NROTC) in 1986 after graduating from the University of Colorado at Boulder. It’s unclear who will take charge of 3rd Fleet once Koehler heads to the Pentagon.

Current chief of legislative affairs Rear Adm. Sara Joyner has been tapped for a third star and to be the head of the J8 Force Structure, Resources and Assessment office on the Joint Staff. The current J8, Vice Adm. Ron Boxall, has been in the role since 2019.

Joyner has been in her role since 2020 and is a career fighter pilot who oversaw the Navy’s physiological episode mitigation efforts. She has commanded Carrier Strike Group 2, Carrier Air Wing 3 and the ‘Gunslingers’ of Strike Fighter Squadron (VFA) 105. She’s a 1989 graduate of the U.S. Naval Academy.

Cheeseman is a 1989 graduate of the Pennsylvania State University and a career surface warfare officer. His previous commands include guided-missile destroyer USS Bulkeley (DDG 84) and guided-missile cruiser USS Monterey (CG-61). As a flag officer, he also commanded Carrier Strike Group 2.