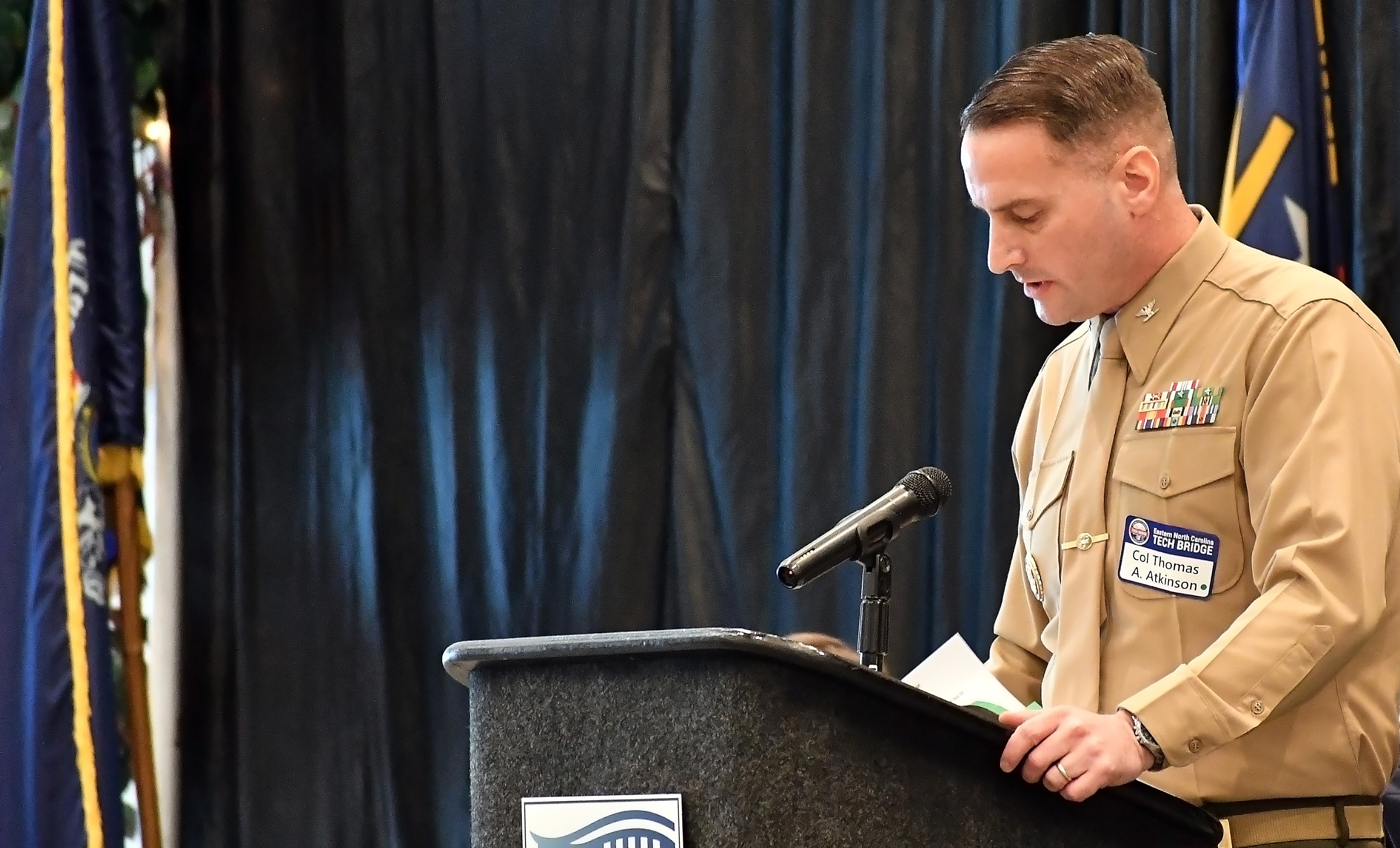 The Navy relieved the commander of Fleet Readiness Center East Friday over a “lack of confidence,” the service said in a news release.

Commander of Fleet Readiness Centers Rear Adm. Joseph Hornbuckle relieved Marine Corps Col. Thomas Atkinson, according to the release. Capt. James Belmont, who was scheduled to assume command in May, has taken over the position.

Atkinson is temporarily reassigned to the Fleet Readiness Centers headquarters in Patuxent River, Md. The Navy did not say what led to Hornbuckle losing confidence in Atkinson.

Atkinson assumed command in May 2021, after previously serving as executive officer, according to his LinkedIn.

Atkinson is from Port Townsend, Wash., and commissioned into the Marine Corps in June 1996, according to the Fleet Readiness Center East. Prior to joining the fleet readiness center, his duties includes aircraft maintenance and acquisition assignments.