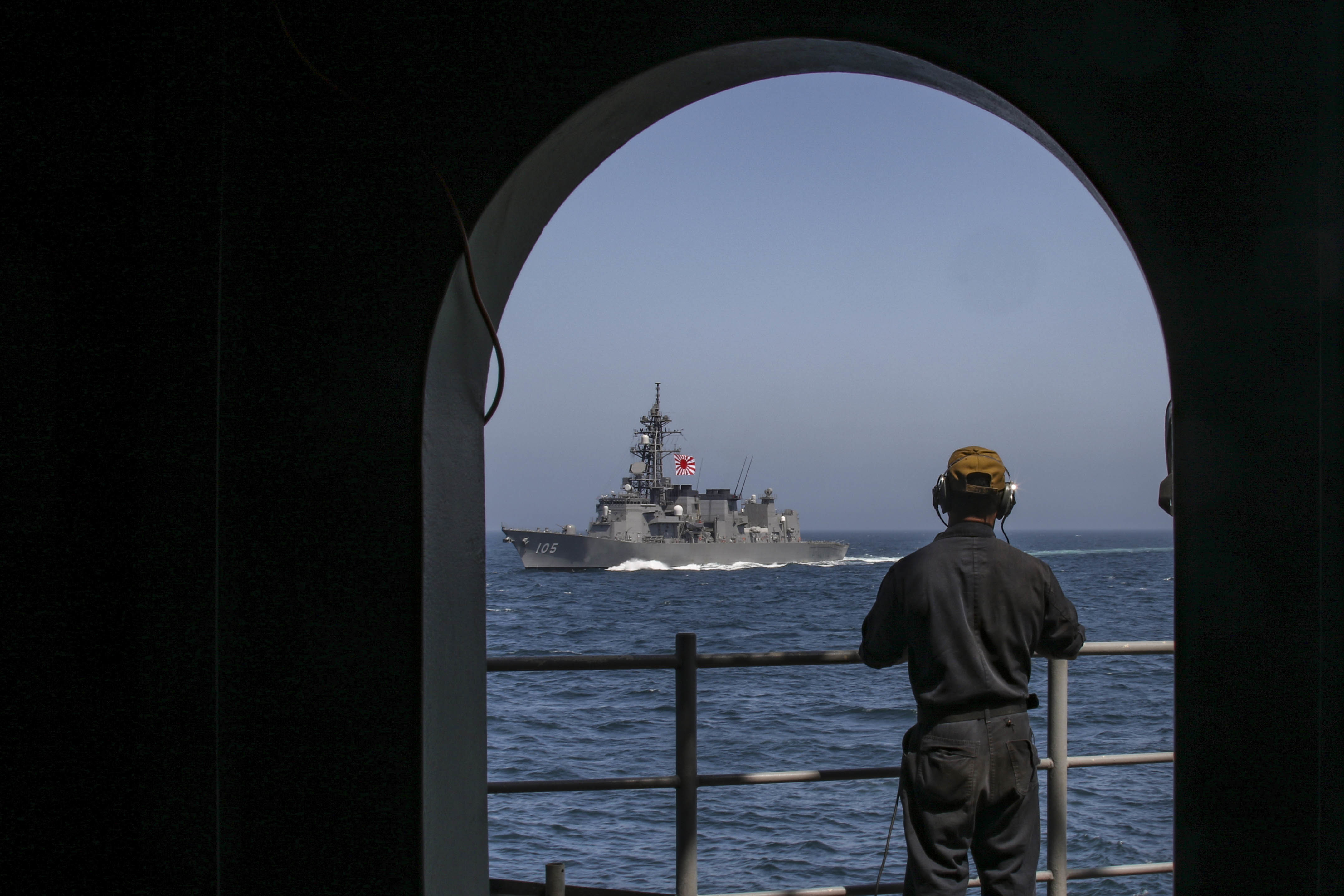 The Japanese Ministry of Defense and Japanese Self-Defense Force will handle all measures taken against Japanese territory, territorial waters and airspace in accordance with international law and the JSDF law, said Defense Minister Nobuo Kishi.

Kishi spoke during the regularly held post-Cabinet press conference at the Japanese Ministry of Defense, where he said the Japan Air Self-Defense Force scrambled against foreign aircraft 1,004 times in 2021, a record high since 2016, when it carried out 1,168 scrambles.

The increasing number of China’s activities, coupled with the lack of transparency regarding its defense policy and military, has become a strong concern for the security of the region, including Japan and the international community, Kishi said.

Kishi told the media that he would not make a definitive statement on Russia’s intentions in launching 3M14K Calibre (SS-N-30A) cruise missiles from submarines in the Sea of Japan, but noted that the two submarines conducting the launch were suspected to be operating in the Far East since November of last year. He said the launches were an “intention to show the modernization of naval power domestically and internationally even in the current situation.”

“In any case, in recent years, the activities of the Russian military, including the deployment of the latest equipment and exercises/training, have tended to become more active around Japan,” Kishi added.

On Thursday, the Russian Ministry of Defense announced the launching of the cruise missiles from submarines RFS Petropavlovsk-Kamchatsky (B-274) and RFS Volkhov (B-603) in the Sea of Japan and said the missiles successfully hit their target, a mock surface ship, though it did not disclose the location of the target. Fifteen warships and support ships, along with aircraft with the Russian Pacific Fleet, took part in the exercise, according to the Russian Ministry of Defense.

Volkhov previously fired a of 3M14K Calibre (SS-N-30A) cruise missile from the Sea of Japan against a coastal target 1,000 kilometers away in January. Both Petropavlovsk-Kamchatsky and Volkhov, together with the corvette RFS Gremyashchiy (337), joined the Russian Pacific Fleet in November 2021, having previously been assigned to the Russian Baltic Fleet.

Asked whether North Korea would conduct additional ballistic missile launches and nuclear tests, Kishi said Pyongyang has been launching ballistic missiles frequently since the beginning of this year, and that since North Korea has turned its back on the international community, it’s possible it will take further provocative actions in the future. But the Japan Ministry of Defense will continue to work closely with the United States and other countries in regard to North Korea’s military activities, he added.

The U.S. currently has the Abraham Lincoln Carrier Strike Group operating in the Sea of Japan as a deterrence against North Korea. The strike group conducted bilateral training with the Japan Maritime Self-Defense Force (JMSDF) and the JASDF on Tuesday.

13-14 APR, JS KONGO conducted a ballistic missile information sharing training with USS MOBILE BAY, SPRUANCE in the Sea of Japan in order to strengthen the capability of #JapanUSAlliance for effective deterrence and response. Our works contribute to regional peace and stability. pic.twitter.com/moqmz9Urmi

China has been monitoring the Lincoln CSG’s activities in the Sea of Japan with its Dongdiao-class surveillance vessel number 794. The surveillance ship was seen traveling southwest, about 160 kilometers north-northeast of Tsushima, at 8 a.m. on Wednesday, according to a JSDF and Joint Staff Office news release issued Friday.

After that, the ship sailed southward in the Tsushima Strait toward the East China Sea. The ship was the same one reported traveling north in the Tsushima Strait on Monday, the JSO said, adding that Japanese destroyer JS Inazuma (DD-105) and P-1 maritime patrol aircraft from Naval Air Station Atsugi had monitored the Chinese ship. Inazuma had taken part in the exercise with the Lincoln CSG on Tuesday.