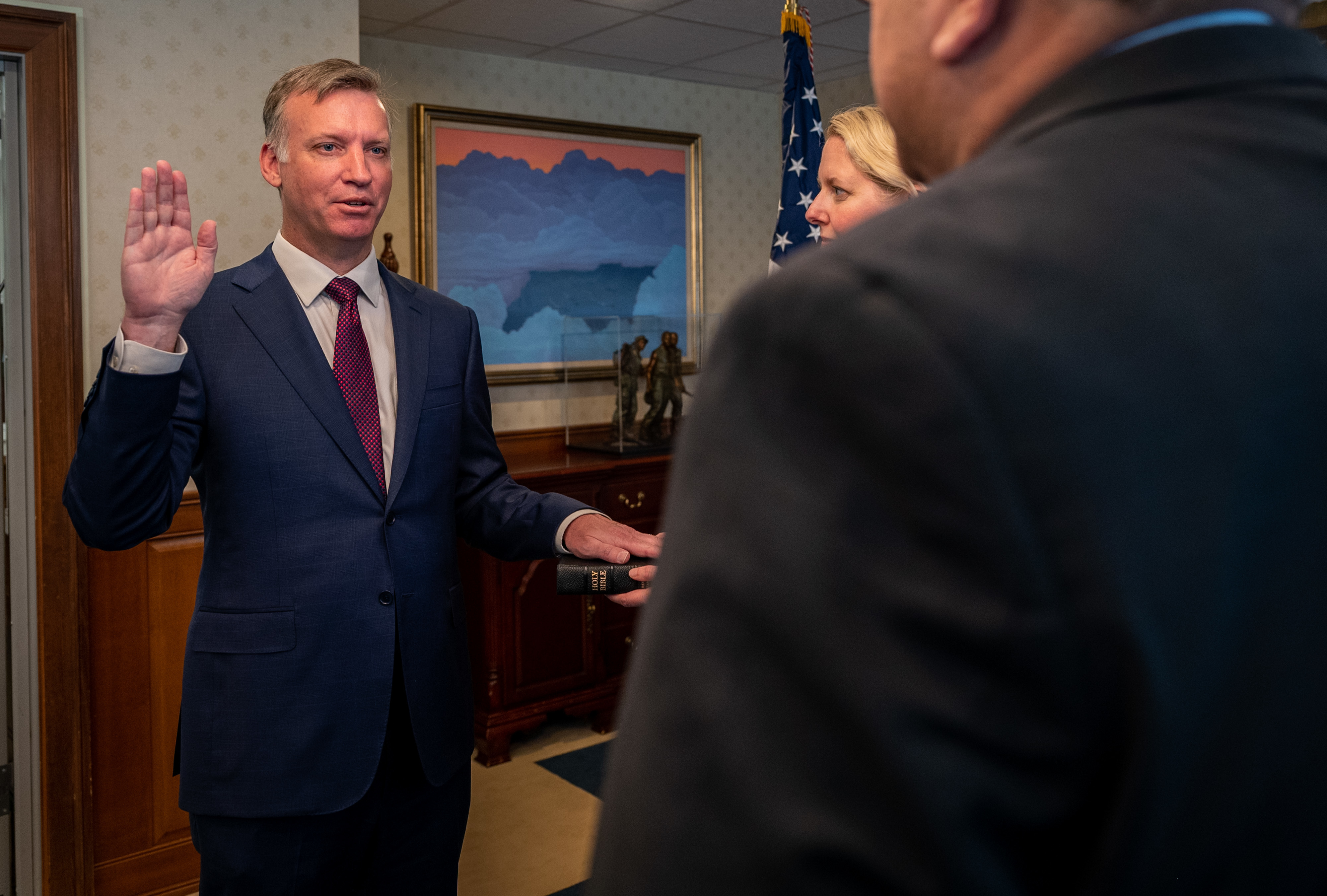 The Honorable Erik K. Raven takes the Oath of Office as the 34th Under Secretary of the Navy April 13, 2022. U.S. Navy Photo

Former Senate staffer Erik Raven was sworn in as the Navy’s number two civilian on Wednesday, the service announced.

In a Pentagon ceremony, Navy Secretary Carlos Del Toro swore Raven in to serve as the under secretary of the Navy, according to a service news release.

“The Department of the Navy welcomes Under Secretary Raven with open arms. I have no doubt he will utilize his extensive Congressional experience to benefit the Sailors, Marines, and civilians in the Department,” Del Toro said in the release.

Raven previously served as the majority clerk for the Senate Appropriations defense subcommittee.

“Throughout my career I have established some great relationships within the Department of the Navy and I look forward to building more,” Raven said.
“I am thrilled to join Secretary Del Toro, the Assistant Secretaries of the Navy, the Chief of Naval Operations, Commandant of the Marine Corps, and everyone else in the Department on our shared priorities of strengthening our maritime dominance, building a culture of warfighting excellence, and strengthening our relationships with strategic partners.”

Meredith Berger, who was confirmed last year to serve as the assistant secretary of the Navy for energy, installations & environment, has been performing the duties of the under secretary since August.

The Biden administration in December announced plans to nominate Raven to the under secretary position. The Senate confirmed Raven in a voice vote last week.