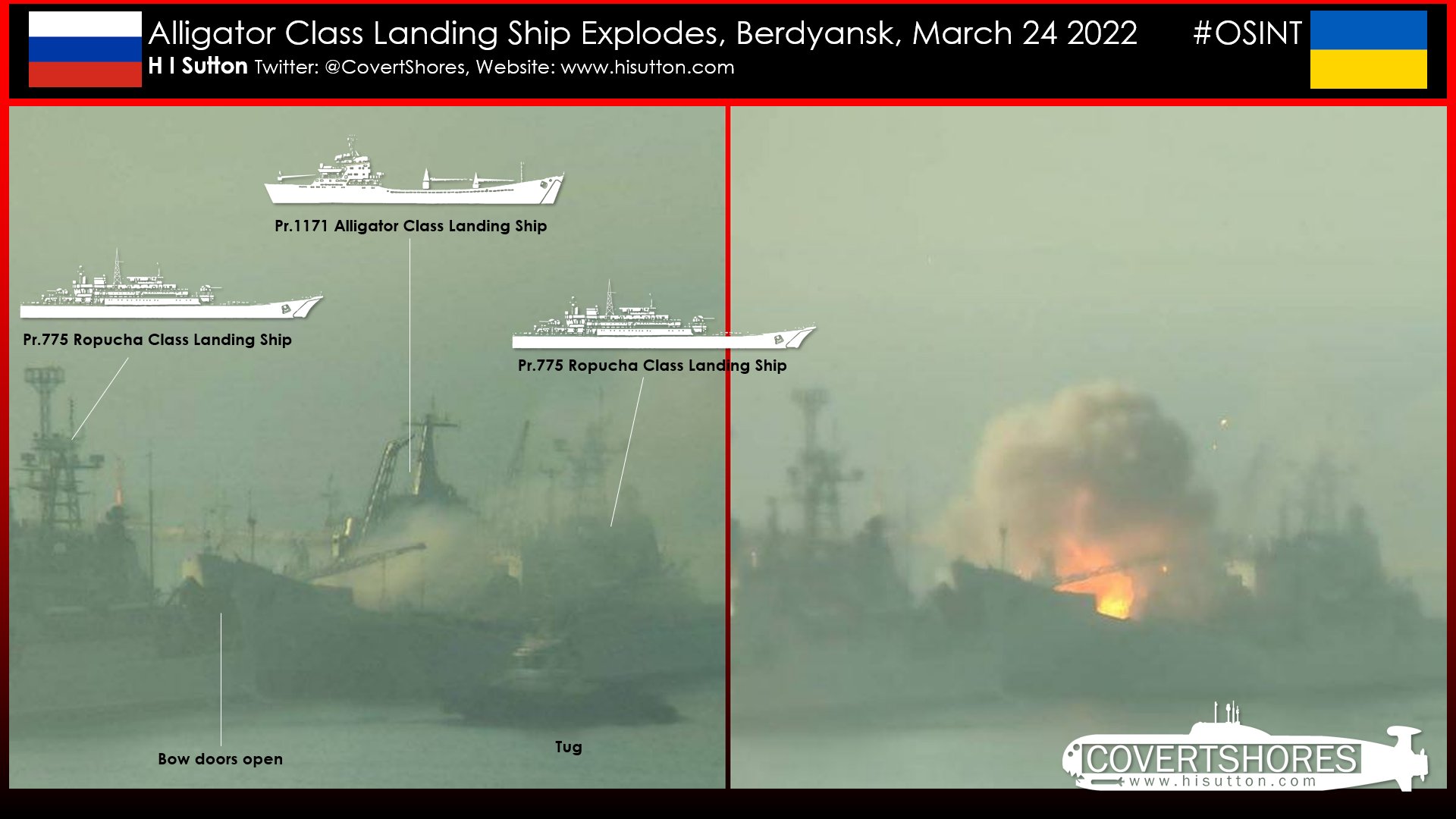 The Ukrainian military destroyed a Russian Alligator-class landing ship in the port city of Berdyansk on Thursday, Ukrainian officials claimed.

Ship spotters reported a burning ship, which the Kyiv Independent identified as Russian Navy ship Orsk, with two other landing ships seen with some fire damage. Another ship was seen off the coast circling, USNI News contributor H I Sutton reported via Twitter.

Both Ropucha class LSTs were damaged with burning material on their decks.

These fires were quickly extinguished pic.twitter.com/fi9wv3ztNk

Orsk pulled into port in Berdyansk earlier this week to much Russian fanfare, which celebrated the ability to bring supplies to its troops, according to the Kyiv Independent.

Berdyansk is under Russian control and has been since the early days of the invasion. Russian troops, which launched an amphibious assault near the city, took it as they made their way toward Mariupol. Ukraine still controls Mariupol.

It is unclear what caused the fire on Orsk. The Ukrainian military has claimed responsibility, according to a BBC report.

The Department of Defense noted some naval activity outside of Berdyansk Wednesday, a senior defense official told reporters.

It appeared that the Russians were using some of their landing ships for resupply efforts, the defense official said.

“Remember when they moved up that coast, they did move into and basically occupied Berdyansk,” the official said. “It’s one of the only two towns that they really have.”

Russian movement has largely stalled, the senior defense official said, with Russia taking a more defensive approach. One problem that has plagued the invading troops is supplies, with reports of Russian service members looting Ukrainian grocery stores in order to feed themselves, the defense official said. 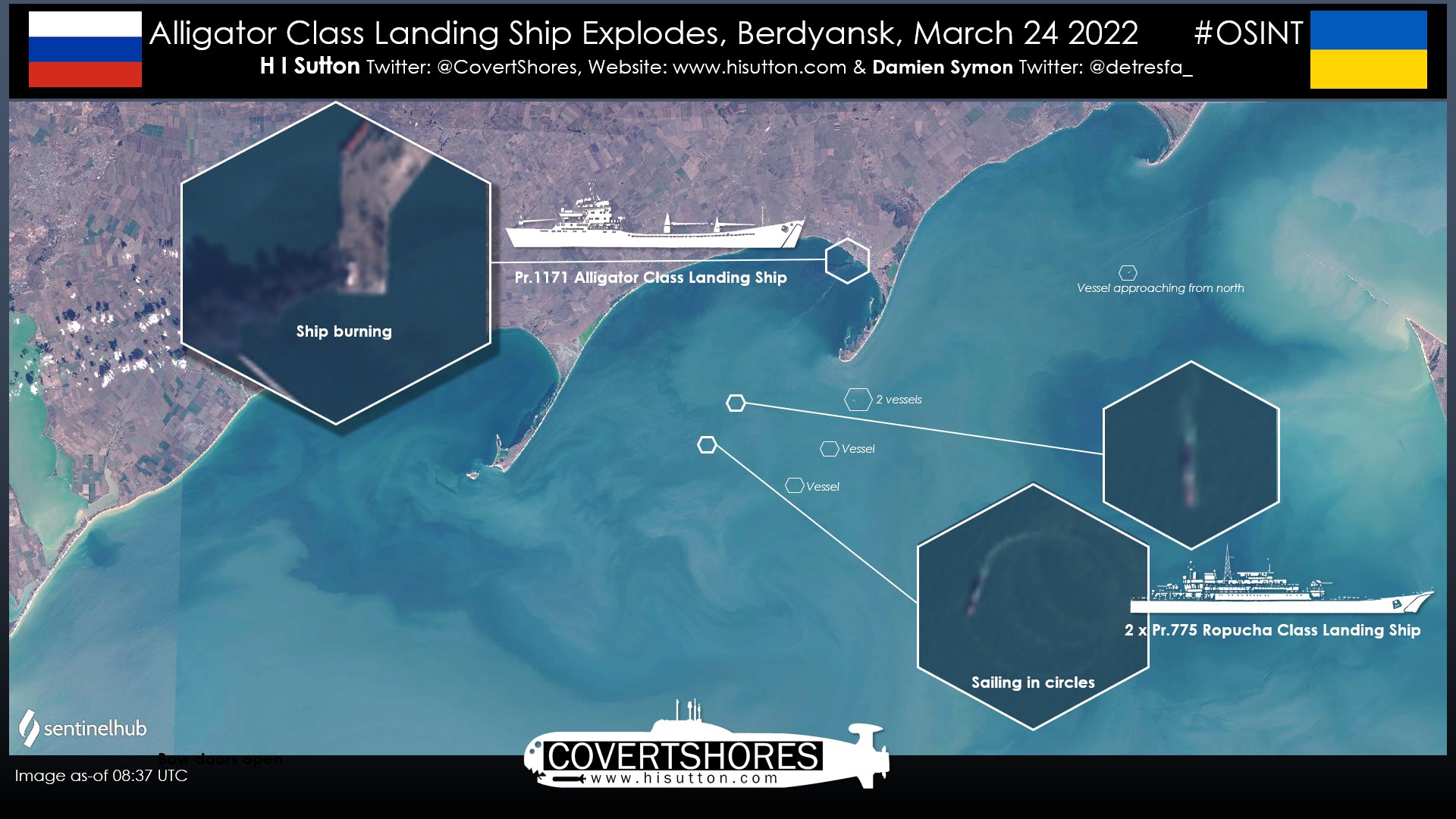 Moscow did not anticipate the heavy Ukrainian resistance, the defense official previously told reporters. Russia has largely been unable to achieve its goals of capturing population centers like Mariupol and the capital city Kyiv.

Outside of the naval activity around Berdyansk and the early amphibious assault, the Russian navy has played a small role in its invasion.

On Wednesday, ship spotters noted eight Kalibr-cruise missiles shot from around naval base Sevastopol, but the senior defense official could not independently confirm them, USNI News reported.

The DOD did not see signs of other missile launches or shelling from naval bases along the Ukrainian and Crimean coasts, the official said Wednesday.