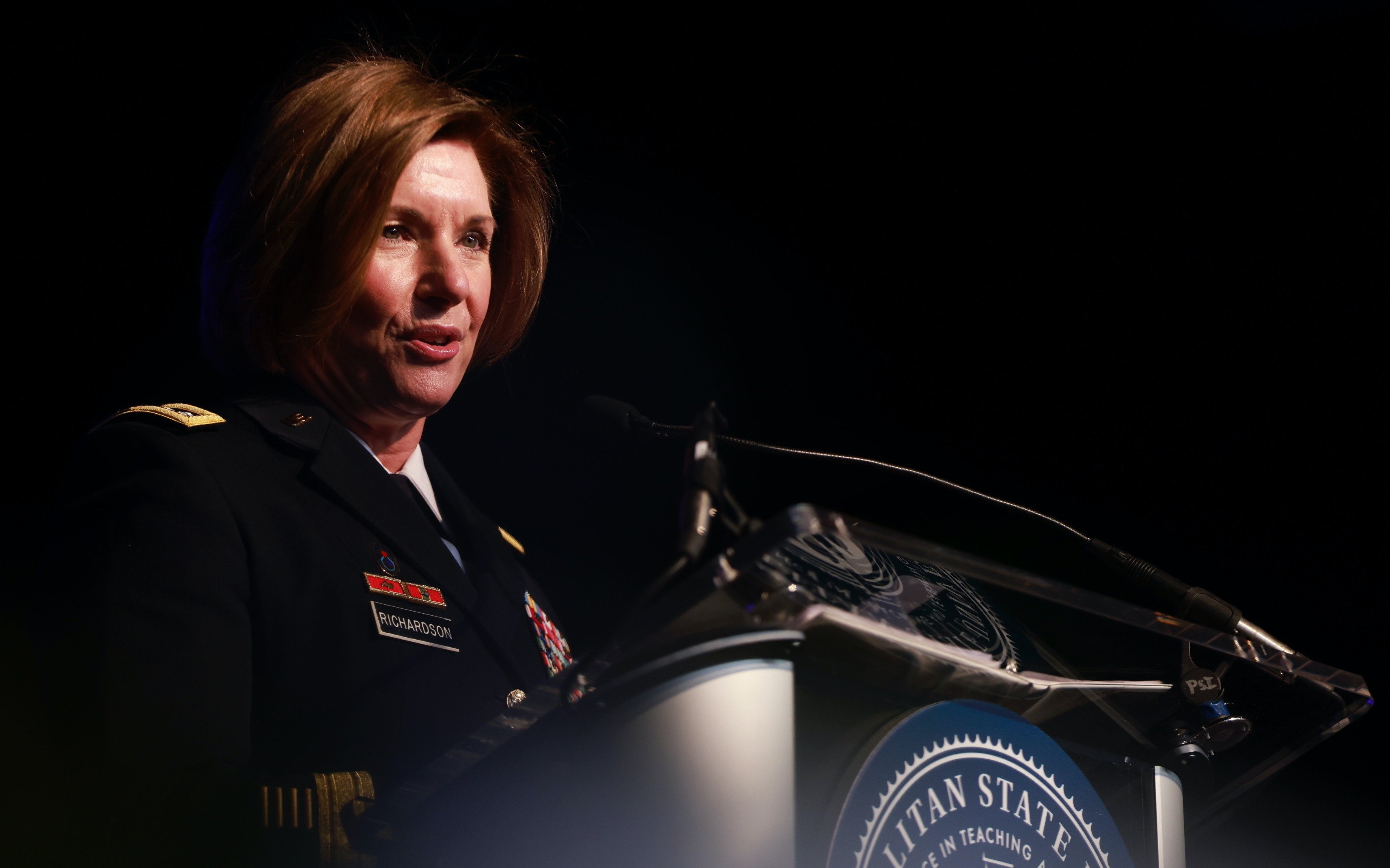 Restrictions to the passage of traffic through the Panama Canal and the Strait of Magellan as China moves aggressively to expand its footprint across Central and South America are the top concerns of the current U.S. Southern Command head told a Senate panel.

“[Those] very strategic lines of communication that must be kept open,” said Army Gen. Laura Richardson in a Thursday hearing before the Senate Armed Services Committee.

In Panama, PRC-based companies are engaged in or bidding for several projects related to the Panama Canal, a global strategic chokepoint, including port operations on both ends of the canal, water management, and a logistics park,” according to Richardson’s written testimony.

“We have a lot of ground to make up” with the government of Panama in investing in projects important to [Panama] as Beijing has done, she added. Richardson cited a Corps of Engineers major water project as a step in the right direction.

Likewise, the Chinese have invested heavily in a space-research project in Argentina that would allow Beijing to track U.S. satellites and also won the rights to build facilities near the Magellan Strait that would also give China access to Antarctica.

Richardson told the panel the Beijing’s investments in Central and South American infrastructure, particularly ports, follow the pattern it developed in Africa. Right now, the “Chinese have 29 port projects” across the command, including a major one in El Salvador that has economic implications for other Central American nations.

Ports have civilian and military value.

To date, the Chinese have not participated in large-scale military exercises in the region, although they have sold anti-ship missiles to Venezuela in the last two years. Iran is also reported to have sold similar systems to Caracas.

In contrast, the United States participates regularly in major maritime exercises like UNITAS and Tradewinds for disaster response in the Caribbean and PANAMAX for defense of the canal with more than 20 nations.

COVID-19’s impact on the nations in Southern Command provided an opening that Chinese and Russians have exploited to increase their presence by for example quickly exporting Russian and Chinese vaccines to the region.

In addition, Richardson, five months on the job, said the pandemic wreaked havoc in Central and South America. More deaths were recorded in the region per capita than in others globally.

The pandemic shattered economies and left governments strapped to provide necessary services. Her predecessor, Adm. Craig Faller, described the pandemic as “the perfect storm” the Chinese used to gain leverage in Central and South America. Richardson added that it also opened new avenues for transnational criminal organizations to expand their activities.

Across the region, “security forces are increasingly focused on the very near-term need for items such as vaccines, fuel, food, and personal protective equipment at the expense of security operations,” she wrote in prepared remarks.

To meet development needs in the wake of COVID-19, “21 nations have signed up” for China’s Belt and Road infrastructure projects, Richardson told the panel. What these nations are discovering, as was the case in Africa, the work “is not done to standard” and the Chinese bring in their own labor force rather than hiring locally.

But the 31 nations and 16 dependencies in Southern Command are critically important to Beijing now and in the future, she said. The AOR provides China with 36 percent of its food source.

This takes on even greater importance as the war in Ukraine threatens global supplies of wheat and other grains, as well as fertilizers.

In addition, “resources [like lithium used in areas as different as medicine and aircraft parts] are off the chart” for future growth in high-technology enterprises. Other resources, Richardson mentioned of value to the Chinese are “fresh water,” the Amazon itself for possible development and oil from Venezuela and Guyana.

The growing Chinese presence and continued Russian influence with Cuba and Venezuela are not the only challenges the command faces. Richardson, like other Southern Command top officers have testified in the past, said it also remains a secondary regional command in priorities.

“I get only a little bit less than 1 percent of the global ISR [intelligence, surveillance and reconnaissance],” Richardson said.

ISR is also used in the counter-narcotics and monitoring of transnational criminal organizations that remain command priorities. Richardson said the command remains a test-bed in using artificial intelligence and machine learning to overcome funding shortfalls in ISR and cyber.

Richardson said the command relies “on non-traditional ISR” to close gaps and seams in monitoring the region, including using unclassified data from open sources. In her written testimony, she listed demonstration projects like “innovative use of high-altitude balloons, stratosphere platforms, hydrogen fuel cells, and solar-powered technology.” She added the joint demonstration projects, shared with INDO-PACOM are used in her command “to tip and cue” missions and operations.