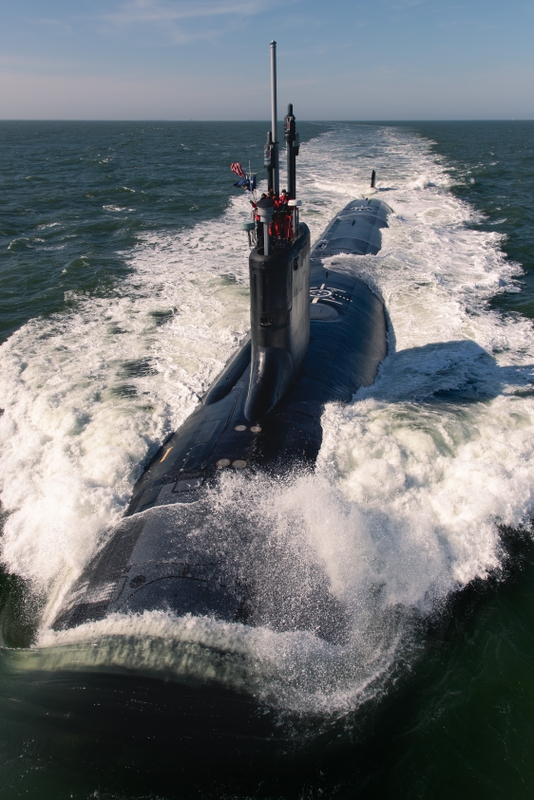 The future USS Montana (SSN-794) is the 10th Virginia-class submarine delivered by Huntington Ingalls Industries, and is the third Block IV-configured submarine, according to a Monday Navy press release.

“We continue to be proud of our partnership with the U.S. Navy in delivering the most advanced ships in the world to our warfighters,” said Jason Ward, Newport News Shipbuilding vice president of Virginia-class submarine construction, in an HII press release. “The results of the Navy’s board of inspection and survey during sea trials are a testament to our priorities of safety and quality. We are proud of our team of shipbuilders for delivering these critical capabilities to the Navy and the nation.”

The submarine completed its initial sea trials in February, which included the first time it submerged and tested high-speed maneuvers above and below the sea surface, according to an HII press release in February.

It took more than five years from the beginning of construction to its delivery. Construction started in 2015, with the submarine’s christening in September 2020.

HII launched the submarine into the James River earlier in March, the company announced. Once launched, it was moved to the shipyard’s submarine pier, where it underwent final testing and outfitting.

Delivery of Montana follows the second Block IV boat Oregon (SSN-793) which was delivered last month at General Dynamis Electric Boat. There was a two-year gap between the delivery of Oregon and the first Block IV attack boat USS Vermont (SSN-792) which entered the fleet on April 17, 2020.

HII also delivered the future Fort Lauderdale (LPD-28) on March 11, according to a press release from Naval Sea Systems Command.

The ship previously conducted sea and pier-side trials but will undergo builder’s and acceptance trials, according to the NAVSEA press release.

The ship finished bravo trials at the end of 2021 and was christened in August, USNI News previously reported.

As of Monday, the Navy had 297 battle force ships.