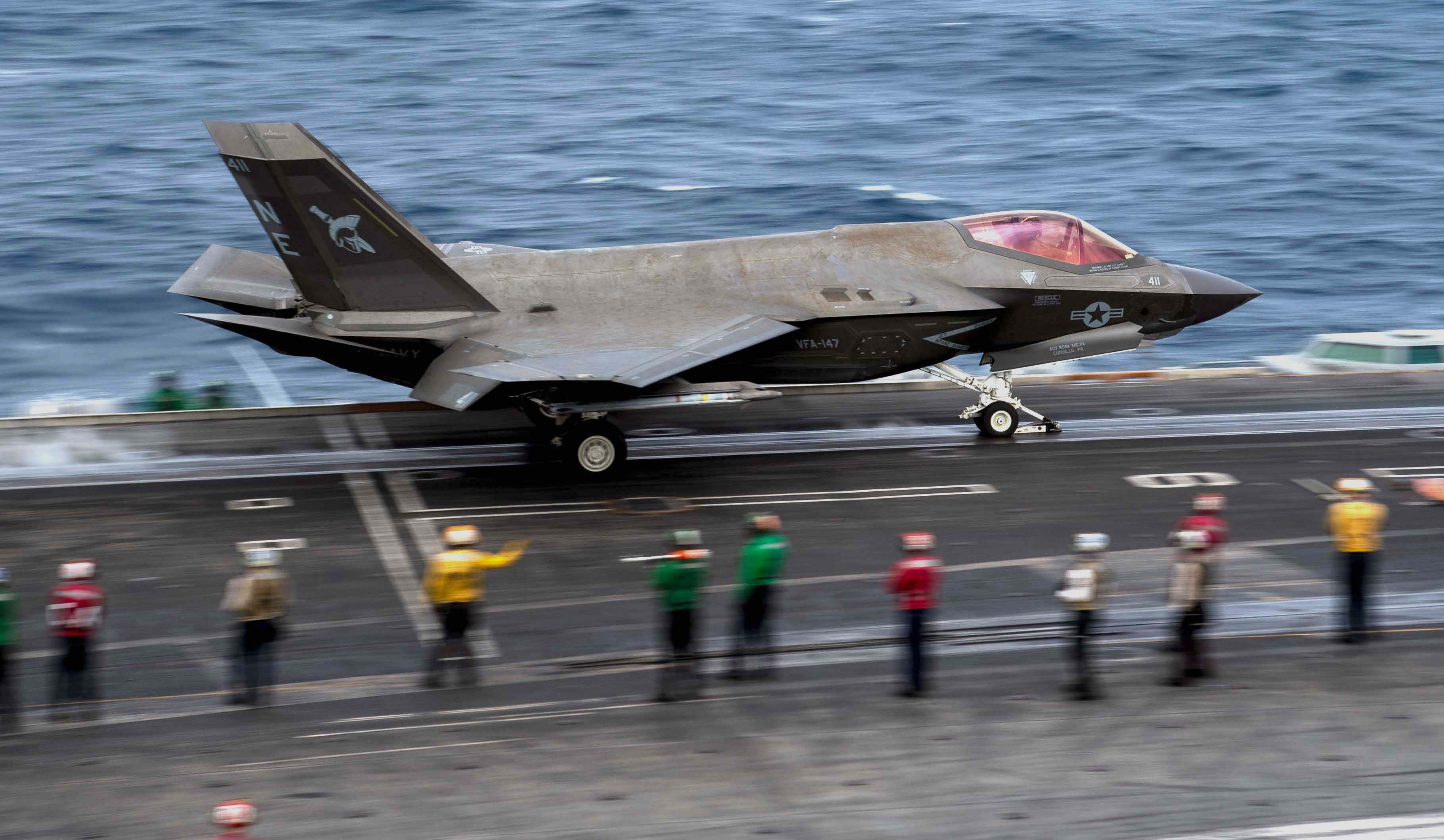 “We looked at those [Afloat Spares Packages] and those [Deployed Spare Packages] to see if from a range and a depth perspective, did we get it right? Did we guess that we got it about right relative to the types of parts that are going to fail? And then did we guess right when it came to the number of those parts – or number of times that those parts would fail? Because the DSPs and ASPs are relatively large sets of boxes, crates of equipment and spares and we want to make sure that we minimize that footprint as we go forward within the bounds of combat effectiveness,” Fick told reporters Tuesday in a roundtable at the JPO office in Arlington, Va.

Fick said the F-35Cs have fared well in the global supply system and that his team is now assessing whether the squadron had the right mix of parts during its deployment.

“I’m making sure that we learn from those deployments so that the next time that we can take a leaner, but perhaps more effective kit forward with us,” Fick said.

The Navy brought an Afloat Spares Package on Vinson for the first deployment of the fifth-generation carrier air wing. The ASP is meant to help the squadron swap out parts when needed to sustain the aircraft during the deployment.

“They are designed to allow continued operations for a set period of time. And so they contain the spares parts that we anticipate would be required for a unit with that many tails flying an assume number of sorties for a given number of days,” Fick said.

In the global spare parts pool for the F-35 program, deployed aircraft are at the top of the list for receiving parts when needed.

“The way the global spares pool works and the way the business rules associated with that global spares pool work is that operational units are afforded a higher priority than non-operational units when it comes to the allocation of parts and I’ll say the shipment of those parts,” Fick said. “So when Lincoln, when Vinson, when the Queen Elizabeth are down range and engaged in operations and in combat, the parts priority given to them exceeds that of any [continental United States] or training location, with the intent of giving them what they need to achieve their warfighting objectives – afloat or in a deployed sense.”

Noting the limited space aboard an aircraft carrier, Fick said the JPO wants to make sure it gets the ASP right.

“Making sure that from an ASP perspective, we’ve got the right parts there and nothing more, right, and nothing less either – because when you’re out at sea you are truly an island unto yourself,” he said. “Making sure we’ve got that right I think is going to be part and parcel of us really making a difference for the Navy, for the maintainers and for their ability to generate air power.” 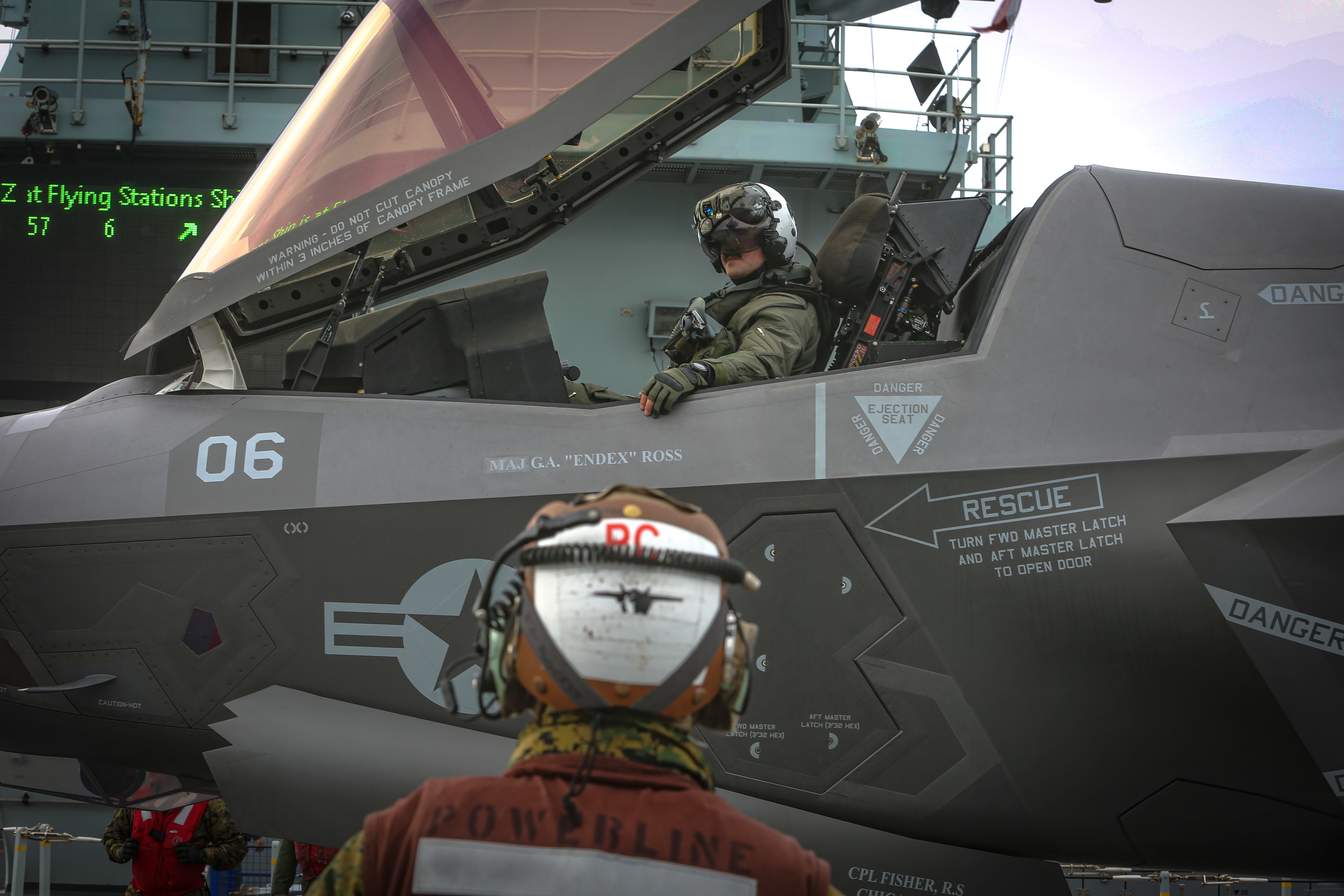 “We actually end up seeing different results in different places, right. So while the Vinson had some corrosion that was surprising, at the same time what we saw on the Queen Elizabeth deployment was substantially less than anyone had ever imagined,” Fick said. “So we’re working to understand those things, to dig through them. We have folks working that with both the users and with Lockheed – the manufacturer – to try to understand the mechanisms, what might lead to the results that we saw differently on those two different platforms.”

Some of the seals on the F-35Cs deployed aboard Vinson did not function as planned in the at-sea environment. Commander of Naval Air Forces and Naval Air Force Pacific Vice Adm. Kenneth Whitesell told USNI News last month that Lockheed Martin already had a design for new seals.

“So there’s some learning that’s been done. But those platforms have to be remeasured against the baseline to find out how they fared on this deployment,” Whitesell said.

Asked about the January F-35C ramp strike aboard Vinson, Fick said he’s not aware of any fleetwide notifications needed as a result of that mishap nor the F-35B one aboard Queen Elizabeth in November.

“No one has brought to me anything requiring a fleetwide notification associated with either the F-35C nor the B mishap that you’re all probably tracking from the Queen Elizabeth as well,” Fick said. “Nothing that I have seen thus far. We continue to support the investigations in those cases and if anything comes of it that requires that fleet notification, I will absolutely do that.”