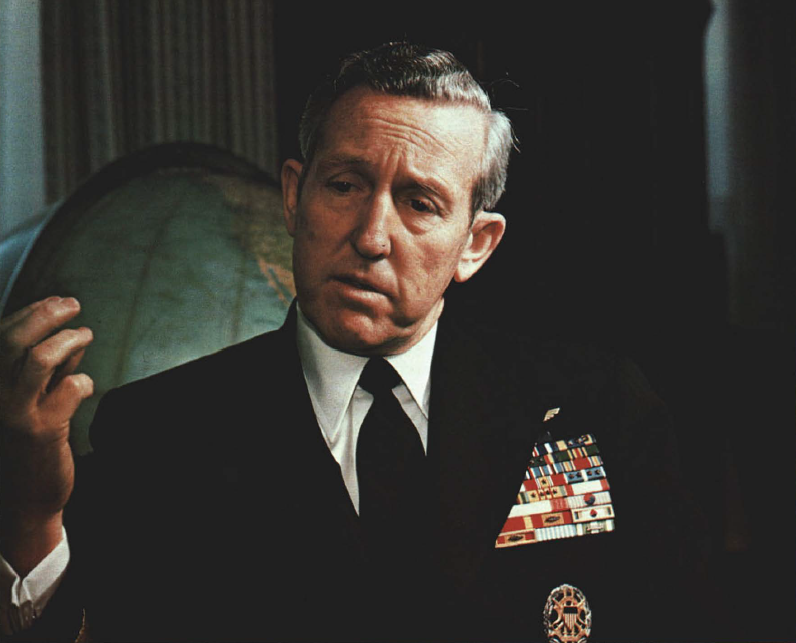 Former Chief of Naval Operations Adm. Thomas Hayward in 1980 during an interview with All Hands magazine. US Navy Photo

Adm. Thomas B. Hayward, who served as the 21st chief of naval operations from 1978 to 1982, died March 3. He was 97.
The career aviator rose to head a growing Navy during the height of Cold War competition with the Soviet Union and worked to professionalize a service still weighed down with problems like racism and drug use after the Vietnam War.

In a statement, Chief of Naval Operations Adm. Michael Gilday said, “Facing both the 1979 Iranian hostage crisis and renewed Soviet competition in the midst of the Cold War, he rebuilt the combat readiness of the Navy through significant personnel and material investments and restored ‘Pride in the Navy.’”

Shortly after his confirmation as CNO, Hayward testified before the House Armed Services Seapower subcommittee detailing the importance of the Navy to the nation. 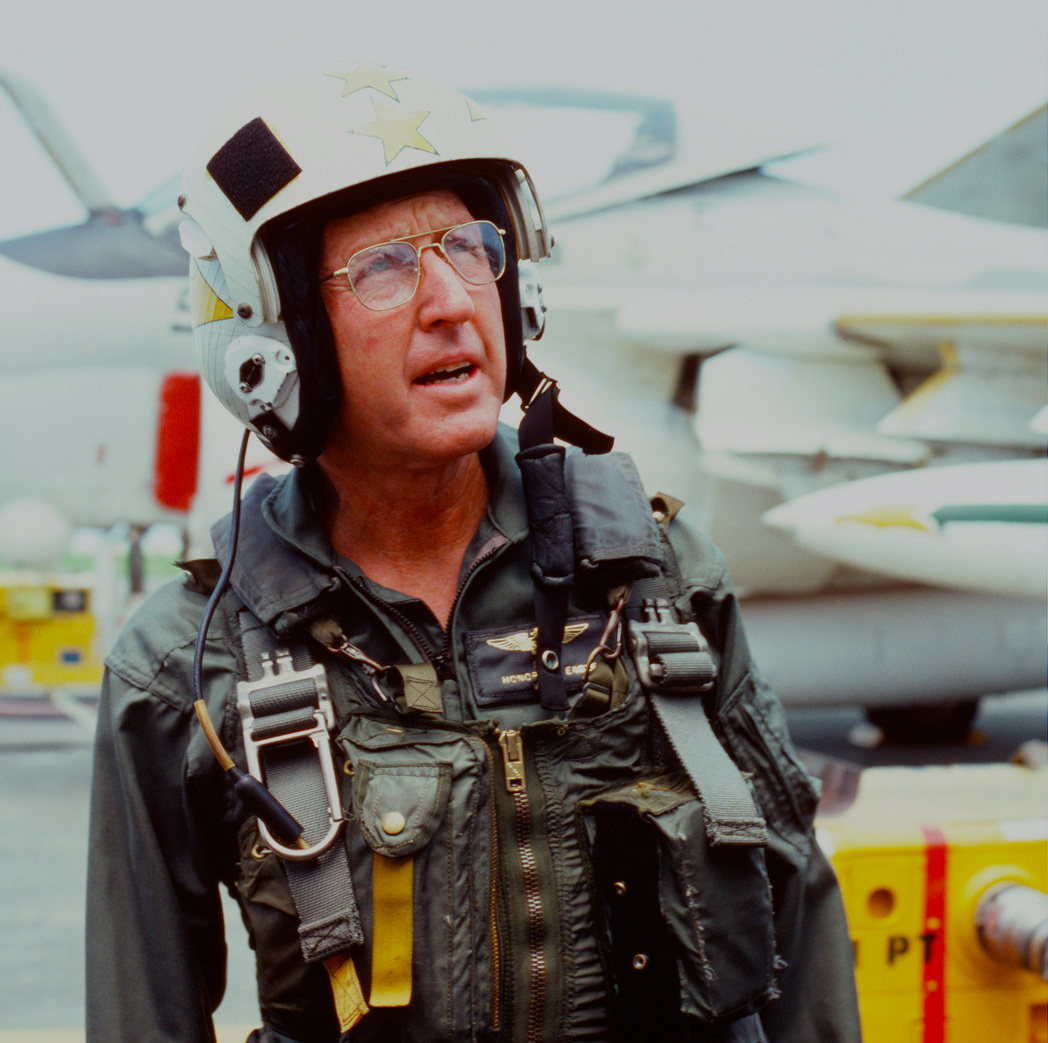 Admiral Thomas B. Hayward, Chief of Naval Operations, in flight gear, prepares to board an A-6 Intruder at Naval Station, Subic Bay, the Philippines, that will take him to the aircraft carrier USS MIDWAY (CVA-41) on Aug. 9, 1981. US Navy Photo

“An excellent starting point is a discussion of the U.S. requirement for ‘maritime superiority.’ I wish to emphasize this point of maritime superiority because it is a concept that has been given insufficient recognition in recent years, yet it is one which must form the basis for the planning of all our naval forces,” Hayward testified. “It provides a clear and unambiguous yardstick against which to measure the adequacy of our naval forces — present and prospective. Its opposite is ‘maritime parity,’ or worse.”

Hayward delivered that message to Congress as the Soviet Union was expanding its submarine fleet and working on delivering its fourth Kiev-class aircraft carrier. It was an era of Soviet expansionism on the ground, moving into Afghanistan that year. At the same time, the seizure of American hostages at the embassy in Tehran, a crisis that ended in 1981 when the Carter administration left office, required a greater naval presence in the Persian Gulf with much longer deployments. Those extended times at sea stretched sailors’ and their families’ morale and took a toll on ships’ maintenance.

Hayward spoke from his experience as an aviator and commander of U.S. 7th Fleet in 1975-1976 and commander-in-chief of U.S. Pacific Fleet until he was nominated to become CNO.

The incoming Reagan administration in 1981 and new Navy Secretary John Lehman emphasized expanding the fleet to 600 ships to meet the Soviet challenge.

“What we’re trying to do is dominate the sea,” Hayward told a United Press International reporter as he was ending his time as CNO. “The only reason we can’t do it simply is because of the Soviet Navy.”

In the extended interview, he said the Soviet Union had more than 300 submarines and had outfitted its aircraft with long-range cruise missiles.

Hayward concluded the interview by saying the challenge for the future was applying high technology, like electronic detection and space-based communications, to warfighting tactics. 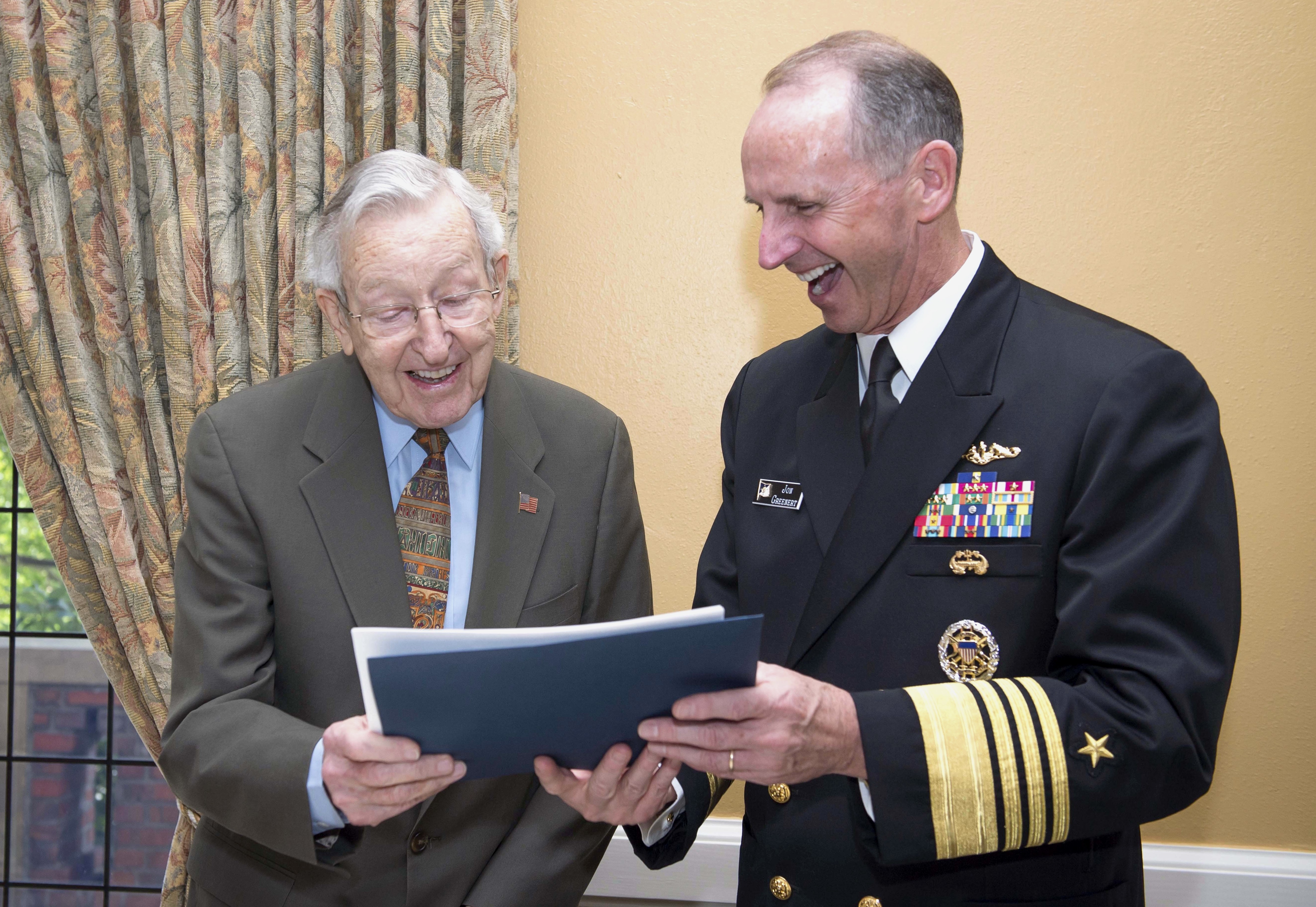 Then Chief of Naval Operations Adm. Jonathan Greenert reflects on photos with retired Adm. Thomas B. Hayward, the 21st CNO, before addressing Navy supporters at the Rainier Club about the status of the Navy in 2013. US NAvy Photo

Among the personnel issues Hayward directly addressed during his tenure was cracking down on “racist activities” aboard Navy ships, including meetings of the Ku Klux Klan.

The Associated Press quoted him as saying in late August 1979 that “prejudice and preparedness are incompatible.”

He launched his “Pride and Professionalism” campaign to reinforce Navy values and instituted a zero-tolerance campaign of drug abuse to combat a growing problem in the ranks as the armed services were still adjusting to being an all-volunteer force.

Born on May 3, 1924, in Glendale, Calif., Hayward began his Navy career by enlisting in the V-5 Naval Aviation Cadet Program in 1943 during World War II and transferred to the Naval Academy, graduating in 1947. 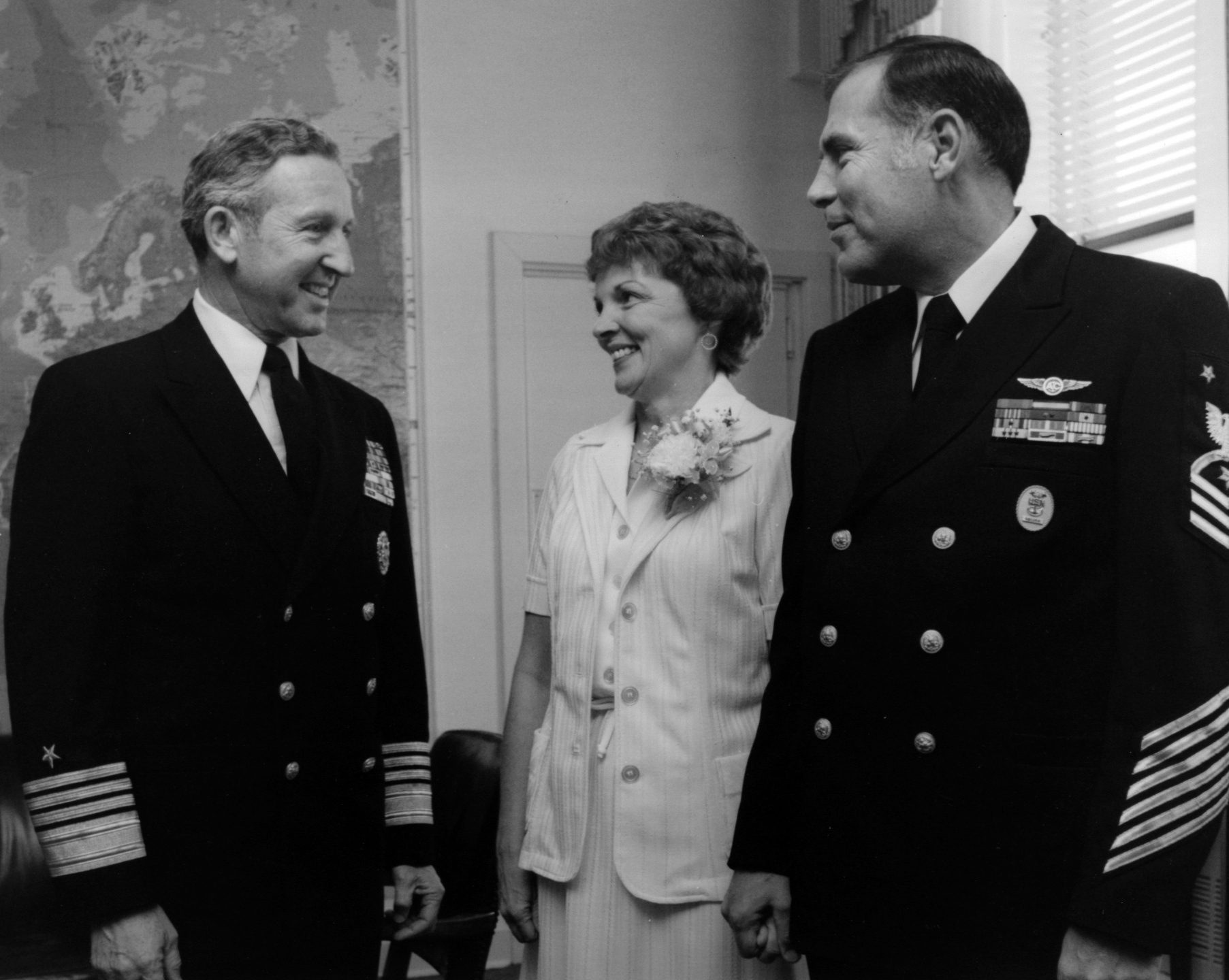 Then-Chief of Naval Operations Adm. Thomas B. Hayward meets with the 4th Master Chief Petty Officer of the Navy Thomas Crow and his wife, Carol Crow in 1979. US Navy Photo

After completing flight training in 1950, he flew more than 140 missions in the Korean War as a pilot in Fighter Squadron 51 (VF-51). Future astronaut Neil Armstrong was a member of that squadron at the same time and became a lifelong friend. After his service in the Korean War, Hayward was a finalist for selection for astronaut but was not tapped for the assignment. After a number of other aviation assignments and study at the Naval War College, he served as the commander of Carrier Air Wing 10 (CVW-10) from 1965-1966 during the Vietnam War.

For his combat service in those wars, Hayward was awarded the Distinguished Flying Cross and 13 Air Medals.

After his retirement, Hayward worked often on literacy reform programs across the nation and participated in the development of several naval museums.